Summer 2020, six years after the experiment was fully set up, it was time for analysing the effect of the treatments on the vegetation. Øystein, Sigrid and Bente (spending her quarantine doing field work) with the help of three assistants, Eliya, Daniel and Kristel, analysed the 96 plots with the point intercept method. We also placed the seed traps for the first stage of the new plant community dynamics-project. In this project we will investigate how the willow encroachment affect the seed rain. The seed traps were exchanged by Rick and Bente during September on a cold but sunny day. The planted willows and many of the seedlings sown in the plots are still going strong and Øystein found a rather big pine well above the tree line towards our plots.

This summer, five years after we added seeds to all plots, Øystein counted the seedlings that had survived. Two master students from Wageningen University & Research moved to Hjerkinn for the summer to do field work for their master theses. Floor investigated the performance of pine seedlings and our planted willow transplants, and Jessie established a new side experiment investigating how lichen mats act as environmental filters.

Another great summer with field work in Dovrefjell is over. This year we had exceptionally cold and wet weather, but still managed to keep the tradition with post field day swimming in the lake close to our heath site. Now we know exactly what plants, lichens and bryophytes that grow in our 96 plots, we have recorded fitness of the transplanted willows (which thrive pretty well despite another autumnal moth outbreak this summer) and we are surprised to see that most of the seedlings which emerged two years ago still are alive.

The first weekend in April we packed our skis, skins and avalanche probes and headed to the mountains to measure snow depth in our plots. The first day we skied to the meadow and willow site. The weather was cold and windy so we quickly did the measurements and rushed back to the field station. The next day was warm and sunny and we had a great trip to the heath site. The heath snowpack was very thin and some plots were completely snow free as you can see in the photo below.

Once again we had a successfull ECOSHRUB meeting, with presentations of current and finished projects and planning of the field season of 2016.

The growing season field campaign is running - “Summer” in Dovre

In mid March we made a field expedition to measure snow depth in our plots in the three communities. Eventhough the snow cover was scarce this year, skiing into the sites were nessesary.

Read more: Is spring snow only for skiing enthusiasts?

This time we gathered the participants and travelled to Dovrefjell. It was nice to see our research area in winter, even though we spent most of the time inside presenting and discussing preliminary results, plans for next field season and possible future projects. 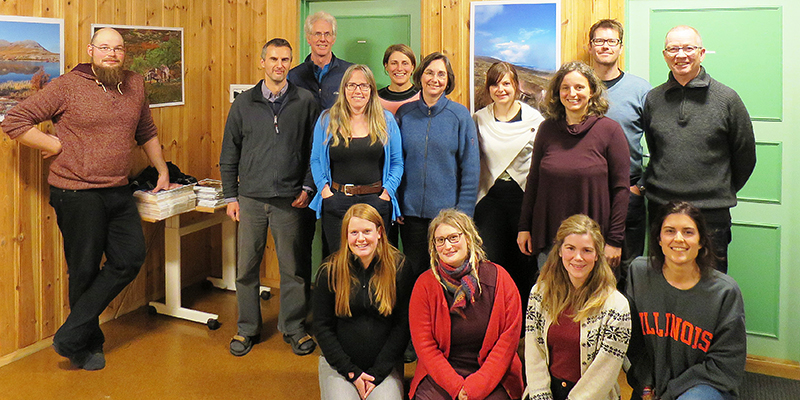 To celebrate the end of another field season we invited all participants to Dovre in the evening of the last field day. We enjoyed lovely food prepared by our “field cook” before we went for a walk to “Viewpoint Snøhetta” and admired the aurora showing off on the night sky. 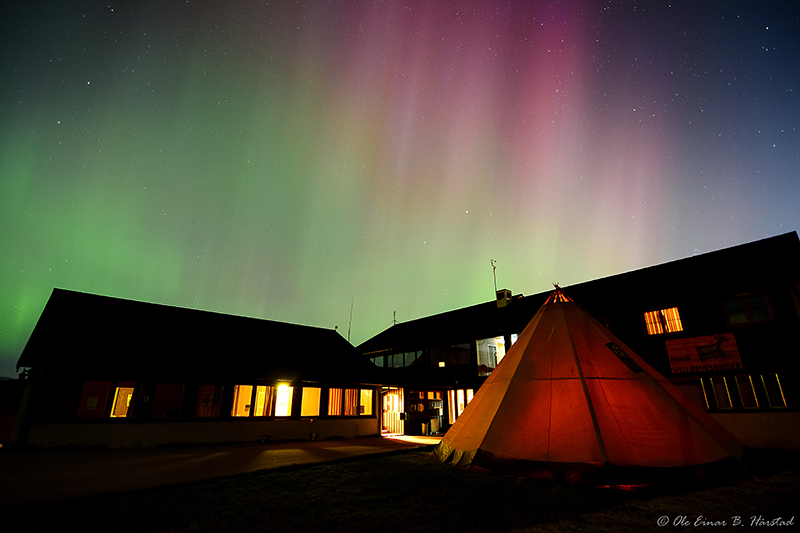 Willows are now successfully planted in our experimental plots and another experimental gradient focusing on dwarf birch encroachment have been established during the summer. We have measured carbon fluxes, albedo and counted numerous seedlings, just to mention some of the activities we have been busy with. 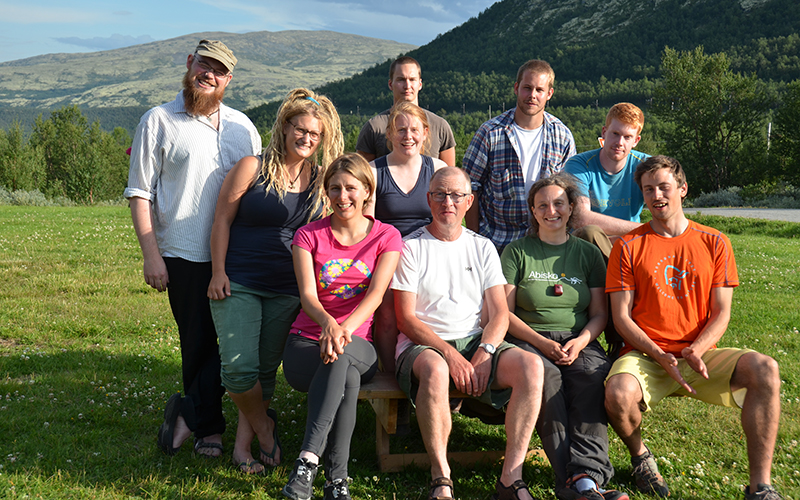 Some of us had just arrived from a longer research stay at the University of Arizona, but we managed to squeeze in a meeting before the field season started. Project presentations and coordination of field work was the main subjects for this meeting, and we’re looking forward to get away from the computer and be in the field again!

Just before Christmas we had a group meeting where we presented the ongoing projects for each other and started the planning of next year’s field season. We ended the meeting with a nice potluck with traditional food from different corners of the world.

The field season was successful as the study sites were found, and the experimental plots with herbivore exclosures were established. We carried out vegetation analysis in every plot, sampled traits for the most abundant plant species and harvested above- and belowground biomass, in other words, a lot of data to start working on already. 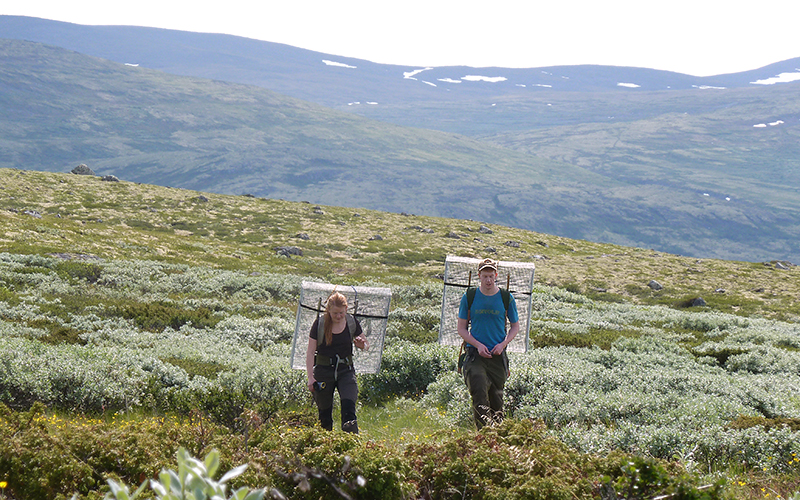