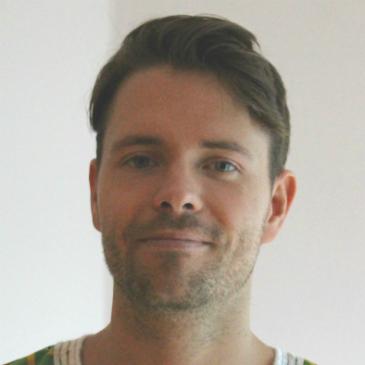 PhD Student in history researching the activity of Dano-Norwegian trading companies on the Gold Coast (Ghana) in the 17th and 18th centuries.

PhD project: The early phase of Dano-Norwegian activity on the Gold Coast (Ghana) – The quest for a permanent foothold in an atmosphere of belligerent rivalry

My PhD project aims to investigate the early phase and emergence of the Dano-Norwegian trade enterprise on the Gold Coast c. 1657-1730. This period has been largely neglected by historians due to its ‘inaccessibility’ (the availability of sources and archival material is obscure) and the rapid changes occurring during a short period span. During this phase, a number of Dano-Norwegian trading companies founded several trade outposts on the coast. In addition, private and foreign actors (interlopers) conducted trade under Dano-Norwegian commission. The relationship between the Dano-Norwegian agents and their European and African neighbours on the coast was characterised by cooperation and rivalry, creating a multi-facetted theatre of Afro-European interaction where actors articulated power relations and brokered economic, social and cultural interests. The most obvious and known consequence of this interaction was the emergence of the Transatlantic slave trade in the beginning of the 18th century, which therefore constitutes a central theme in this study.

By researching a unique and extensive source material located in archives in Denmark, the Netherlands, England and Ghana, my project will investigate the Dano-Norwegian actors’ relationship with other African and European actors on he Gold Coast, and the role of the trade forts in this context. In this project, trade forts («slave forts») will therefore be studied as entangled spaces of intra-European as well as Afro-European interaction: cooperation, rivalry and alliance-making. Trade posts and fortifications became an indispensable infrastructure in European rival efforts to control trade and obtain African trade partners. In addition to the Dano-Norwegian actors, Dutch, English and German actors possessed trade forts that were in close proximity, often separated by no more than 3-5 km. Forts were symbols of power, serving military, political, and commercial purposes: defence, demarcation of territorial zones of interest, and establishment of trade entrepôts. Concentrating on the forts as a kind of micro-cosmos of evolving relations, the study will investigate European competition, which also involved a quest for African allies, and an important aim will be to reveal a process of continuous negotiation between African and Dano-Norwegian agents. The scope and very nature of trade posts and forts was negotiated, not imposed, and the study of relations between Europeans manning the forts and respective African allies will throw fresh light on how interactions and exchanges that were brokered within, around and from the Dano-Norwegian fortifications on the Gold Coast (Ghana) in the second half of the 17th century fundamentally changed social, political, cultural and economic landscapes on the Gold Coast littoral.