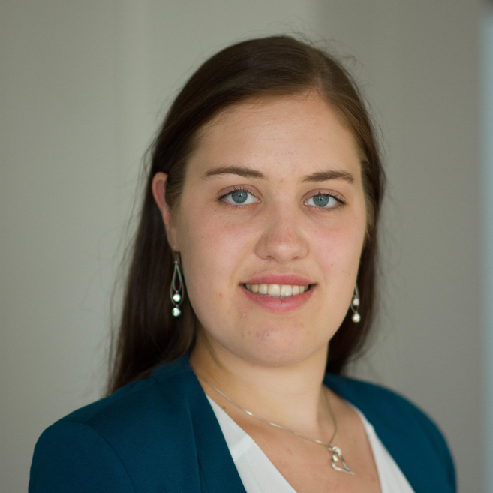 Viviann Hole Pedersen works as a Ph.D. candidate in the FACET research group at the Department of Material Science and Engineering at NTNU. Her research involves wet chemical synthesis of ferroelectric thin films with a focus on understanding the connection between different synthesis parameters, strain, and ferroelectric properties of the thin films. Strain in thin films has been shown to influence the thin film properties, like the piezoelectric effect, and hence also its possible applications. A good understanding of the strain effect is therefore important for future use of lead-free ferroelectric materials. To investigate strain several techniques will be used including X-ray diffraction measurements of both ex situ and in situ crystallization of the thin film under different processing parameters.

The work includes two lead-free ferroelectric materials, SrxBa1-xNb2O6 (SBN) and BaTiO3 (BTO), both of which are synthesized as thin films with chemical solution deposition. With SBN, the effect of various synthesis parameters on orientation, strain, and corresponding ferroelectric properties in the thin films is studied. This is done with various techniques, including scanning electron microscopy, in situ XRD, and ferroelectric measurements. For BTO, the goal is to achieve flexible films on a polymer substrate using a sacrificial layer of ZnO.

Viviann Hole Pedersen has a Master in Nanotechnology from NTNU (2019). The title of the thesis was «Hydrothermal synthesis of SrxBa1–xNb2O6 on nanostructured substrates» and the main supervisor was Mari-Ann Einarsrud. The work was connected to the FASTS-projects and the doctoral work is a continuation of the master's with a direction change to thin film research.

She has also been an assistant and temporarily responsible for the X-ray diffraction lab at the Department of Materials Science and Engineering during her time at NTNU. This has provided expertise in X-ray diffraction, both practically and theoretically.