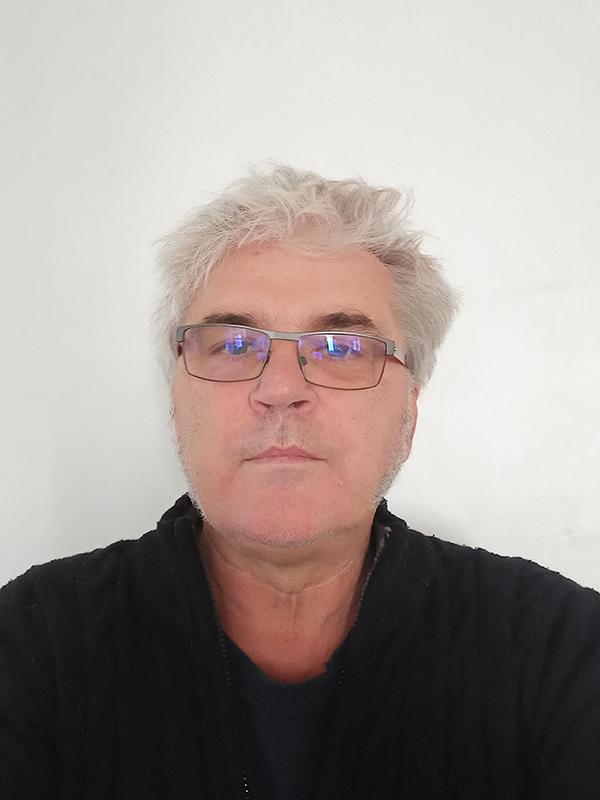 Christophe Coutanceau obtained his Ph.D. degree in Physical Chemistry in 1994 under the supervision of Prof. Claude Lamy at LACCO (Laboratory of Catalysis in Organic Chemistry, University of Poitiers, France).AZtfer his PhD, he obtained a post-doctoral position at the “Insituto National Superior” of Lisbon (1995–1996, Portugal) and was hired as Assistant Professor at the University of Poitiers (LACCO) in 1998 before being promoted in 2008 as full professor.

At present, he is Professor at IC2MP (Institute of Chemistry of Poitiers, University of Poitiers) and head of the “Catalysis and Non-conventional Media” group. His current research interests include development of synthesis methods for nanostructured supported metals using green processes (microwave activation, electrochemical methods, etc.) and solvents (polyols, water) and their application as electrocatalysts in fuel cells, electrolysis cells and electrosynthesis reactors. He is also interested in electroconversion of bioresources into valuable compounds using electrochemical methods.He is co-responsible of the research axis “Stationnary applications” of the French Hydrogen Federation of CNRS (FRH2) since 2020 and french representative at the Annex 31 (low temperature fuel cell) of the International Energy Agency since 2018. 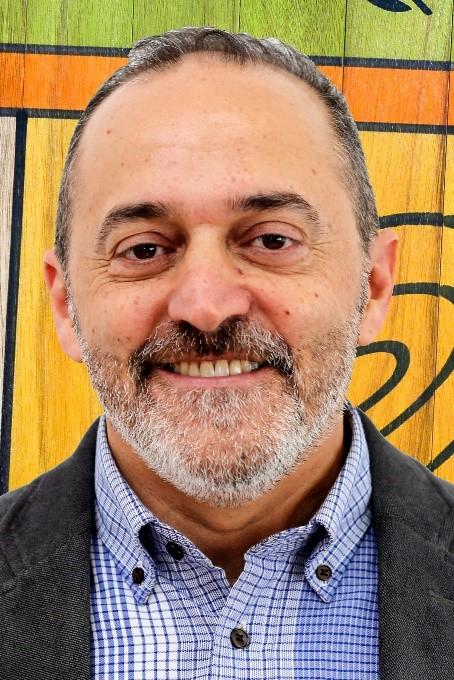 Prof. Dekel is a well-seasoned manager and researcher with 28 years of industrial RD&E experience. B.Sc. in Chemical Engineering from UTN (Argentina), M.Sc. in Chemical Engineering and Ph.D. and MBA from Technion – Israel Institute of Technology (Israel). In 1998 he joined Rafael Ltd., where he led 50 researchers and engineers in the area of high-temperature batteries.  In 2007 Prof. Dekel co-founded CellEra, where as Vice President for RD&E, he led 15 researchers to develop the Anion-Exchange Membrane Fuel Cell technology. In 2015 Prof. Dekel joined the Technion, where he currently heads the TEEM Lab (Technion Electrochemical Energy based on Membranes), leading the largest worldwide research group entirely focused on AEMFCs. Prof. Dekel holds more than 100 scientific papers and patents on battery and fuel cell technologies. At Technion, he currently holds about $3M government and company research grants from Europe, the USA, and Israel.

Professor Zenyuk holds a B.S. (2008) in mechanical engineering from the New York University Tandon School of Engineering. She continued her studies at Carnegie Mellon University, where she earned M.S. (2011) and Ph.D. (2013) in mechanical engineering. Her graduate work focused on fundamental understanding of electric double layers in electrochemical energy-conversion systems. After a postdoctoral fellowship at Lawrence Berkeley National Laboratory in Electrochemical Technologies Group, Zenyuk joined the faculty of the Mechanical Engineering Department at Tufts University in 2015. In July 2018 she joined Department of Chemical and Biomolecular Engineering at University of California, Irvine, where she is also an Associate Director of the National Fuel Cell Research Center. 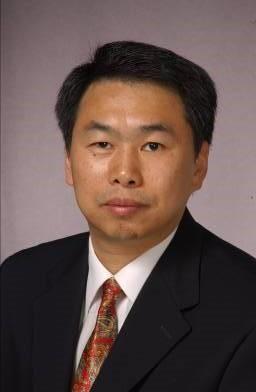 Durability is one of the most significant technical barriers to the practical applications of PEM fuel cells for vehicular applications; the variations in the load demand of vehicles during operation, or the various driving cycles, significantly reduce the durability of PEM fuel cells. Therefore, understanding the mechanisms of degradation modes for different fuel cell components is of importance to the development of high-performing durable low-cost PEM fuel cells. In this talk, the various modes of fuel cell component degradation (or aging) will be described, and the mechanisms of the degradation modes will be elucidated. The effect of design and operating conditions will be prescribed. Since the component degradation rate depends on the driving cycles of the vehicle, and the differences in road conditions/designs leading to the different “standard” driving cycles in North America, Europe and Japan complicates the design of PEM fuel cells for vehicles destined to the different markets of the world.

Dr. Xianguo Li is a Professor of Mechanical and Mechatronics Engineering, and a University Research Chair, at the University of Waterloo. He received his Bachelor of Engineering degree from Tianjin University, China, in 1982, Masters and PhD degree from Northwestern University, Evanston, Illinois, USA, in 1986 and 1989, respectively. His research is in the area of fuel cells, liquid fuel atomization and sprays, and green energy systems. He has published extensively, including over 220 peer-reviewed journal articles; three edited books, and Principles of Fuel Cells, the world’s first textbook on fuel cells. Dr. Li serves as the editor in chief for the International Journal of Green Energy, and also on the editorial/advisory board for many journals, book series, encyclopedia and handbooks. He is Vice President, Technical Program, Canadian Society

An Overview of Electrochemical Hydrogen Adsorption and Absorption

The need for renewable and carbon-free energy sources drives interest in hydrogen as an energy source and carrier, which is the most important element of the emerging hydrogen economy. This overview presentation focuses on the atomic-level understanding of the fundamental steps of the electro-adsorption (electrochemical adsorption) of hydrogen (H) on transition-metal electrodes. It presents basic events of the physisorption and chemisorption of H under gas- phase, as well as the electro-adsorption of H under electrochemical conditions, with the objective of identifying characteristics that are unique to the gas-phase and the electrochemical environments. The electrochemical environment, which typically comprises a solid transition- metal electrode, an aqueous electrolyte solution, and an electrostatic field, creates favourable conditions for the electro-adsorption of two different H species, namely the under-potential and over-potential deposited H (HUPD and HOPD). The electro-adsorptions of HUPD and HOPD occur within two distinctive potential ranges and, consequently, the associated thermodynamic state functions of the processes (Dec-adsGo, Dec-adsHo, (Dec-adsSo) as well as the surface bond energies (EM–Hec-ads) and surface adsorption sites are different. While the electro-adsorption of HOPD takes place on all metallic and non-metallic materials on which molecular hydrogen gas, H2(g), can be generated electrochemically, the electro-adsorption of HUPD is observed only in the case of the platinum (Pt) group metals (PGM, e.g., Pt, Rh, Pd) and the species does not take part in the H2(g) generation. Consequently, it is a unique property of PGM’s. The existing spectroscopy results, although limited and inconclusive, support the concept of two distinct electro-adsorbed H species (HUPD and HOPD). However, they also call for additional and dedicated research. The processes can also be studied and elucidated using the electrochemical quartz crystal nano-balance (EQCN) technique, and our recent investigations led to the discovery of the potential of minimum mass (Epmm) for Pt electrodes. The HUPD species modifies the interfacial hydrophilic-hydrophobic properties of Pt making it hydrophobic-like and, consequently, minimizes the interactions between the Pt surface and the electrolyte components. The Epmm property together with other physical and chemical properties of Pt (noble character, chemical stability, electronic structure) further confirm why Pt is the best transition metal for electrochemical reactions involving H, such as the hydrogen evolution reaction (HER), the hydrogen oxidation reaction (HOR), and the electrocatalytic hydrogenation (ECH). This presentation discusses the elementary steps involved in the electro-absorption of H (electrochemical absorption) and the roles of the HUPD and HOPD species play in the process. It also explains that in the case of palladium (Pd) both HUPD and HOPD become absorbed, while in the case of metals that do not reveal the under-potential deposition of H phenomenon, it is only the HOPD species that participates in the process.

His contributions to platinum and nickel electrochemistry are of great importance to the fuel cell and water electrolysis technologies, because the degradation of these metals involves surface oxides that he has extensively studied.  His research on platinum electrochemistry has identified a set of properties that make it the best electrocatalyst for several electrochemical technologies.  This new knowledge is essential for the design and preparation of non-platinum electrocatalysts that mimic platinum and will be find application in novel fuel cell and water electrolysis technologies.  Dr. Jerkiewicz has supervised over 70 highly qualified personnel (visiting researchers, post-doctoral fellows, PhD and MSc students, BSc students).

He received the Electrochemistry Award of La Société Française de Chimie in 1997, the W. A. E. McBryde Medal of the Canadian Society for Chemistry in 2004, and the R. C. Jacobsen Award of the Electrochemical Society, Canadian Section, in 2012.  In 2012, the President of Poland conferred on him the Knight’s Cross of the Order of Polonia Restituta (an equivalent to the Order of Canada).  In 2018, the President of Poland bestowed on him the title of Professor of Chemical Sciences.  In 2018, he was awarded the Eminent Visitor Award by the Catalysis Society of South Africa for his contributions to interfacial electrochemistry and electrocatalysis.  He has collaborated with several companies, including Nissan, Ballard, AFCC, VALE (INCO), 3M, Stuart Energy, The Electrolyser Corp., Kvaerner Chemetics, and HuronTech