The paper illustrates the use of the reliability approach for the analysis of slopes in quick clays, and presents reliability index and probability of failure for different case studies, including one nearshore slope. The principles of the reliability approach are first briefly described, and the input, model and results to the probabilistic slope analysis are described in detail, including the uncertainties in the parameters, triggers and calculation model. Three reliability approaches are exemplified and compared: the first order reliability method (FORM), the event tree analysis (ETA) and Bayesian Networks (BN). Landslide events, often unwittingly, are triggered or aggravated by human activity, such as change in topography (e.g. excavation or surcharge) and change in drainage conditions. Climate change can also increase the frequency of landslide. Preparedness for climate impact on landslide risk is discussed. The change in the reliability of a slope in quick clay with time is also considered. Recent work on spatial variability and slope analysis and on accounting for human error is presented. The paper also looks into the results of a recent Safe Land study on the impact of human activity on increasing or decreasing landslide hazard and on modelling the anthropogenic effect on landslide frequency. The paper proposes a new probabilistic model in flow chart format to include the effects of and the uncertainties associated with human intervention and climate change.

Sensitive clays of Eastern Canada, From Geology to Slope Stability 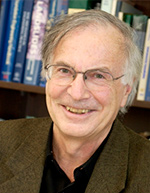 In Eastern Canada, landslides in sensitive clays are generally localised along river valleys. This paper starts with the formation of sensitive clay deposits and the gradual erosion of river valleys in order to define phases in the development of the ground water regime and in the resulting overall stability for the slopes along a river valley. Between the bedrock and the sensitive clay deposits exits generally a layer of glacial till much more pervious than the clay. This large contrast of hydraulic conductivity has a great influence on the ground water regime and on slope stability as the erosion of the river valley progresses through the clay deposit. The slow process of river valley formation and the unloading associated with the phenomena must be considered in the selection of methods for slope analysis and for shear strength determination in the laboratory. Based on laboratory studies on block samples for a large number of sites, empirical relations are proposed for the determination of shear strength parameters as a function of the preconsolidation pressure. A qualitative assessment of the stability of a slope is also presented based on erosion activity at the toe of the slope and on the position of the river bed in regards to the till layer or bedrock.