Grid cells: From the brain to technical implementation (GRIDMAP)

Grid cells: From the brain to technical implementation (GRIDMAP)

The GRIDMAP research project will use new and developing knowledge about how the brain functions to develop better computers.

The speed and computing power of computers have grown exponentially since they were invented, but even the best computers still have only a small number of parallel processors that operate independently. The brain is by comparison able to run hundreds of thousands of processes in parallel.

Computers with a small number of parallel processors are good at performing precisely instructed operations on large quantities of data very fast, but they are less effective in enabling the near instantaneous processing of the rapidly changing and ambiguous information that constantly faces living interactive organisms. Instead, this is the realm of the brain, which is very good at drawing conclusions based on unclear or ambiguous information. With this in mind, it has been argued that computer technology would benefit from looking at how parallel computation is handled by the brain.

The recent discovery of a key mechanism for the neural mapping of space that uses the metric encoded by grid cells provides us with unprecedented and direct access to some of the fundamental operating principles of cortical circuits. The GRIDMAP project will use grid cells as an approach to understanding massively parallel-distributed spatial computations. Recent scientific breakthroughs and new brain experiments will be used to develop computationally tractable algorithms that can be tested in artificial navigating agents (robots).

The GRIDMAP project will pioneer the development of biologically inspired distributed algorithms for use in technical autonomous navigation systems.

The project has four main objectives:

1: To determine the mechanisms of the grid pattern in a simple environment and establish a benchmark test for implementation of similar mechanisms in a mobile robot.

2: To determine how grid cells represent complex environments and to implement such algorithms in computational simulations as well as an exploring robotic system.

3: To identify goal-related activity patterns in place and grid cells and to explore possible uses of such algorithms for navigation in autonomous technical systems.

4: To determine the extent of parallel computation in the grid-cell circuit and to establish if a similar modular organization improves robustness in a robotic application.

Neuroscience and brain research are expanding at an astonishing rate. However, in spite of the accelerating developments in these fields, it is fair to say that the simplest questions – what makes us think, how we remember, how neurons produce feelings – remain unanswered. Part of what has been missing is an understanding of the computational mechanisms underlying experience. We need to identify the operations that synapses, neurons and networks perform to generate behaviour.

Against this backdrop, our hope is that GRIDMAP will be a turning point. We believe that GRIDMAP has considerable potential to bring our understanding of a specific form of neural computation to a level that is sufficiently detailed and quantitative for exploratory implementation in computational architectures. 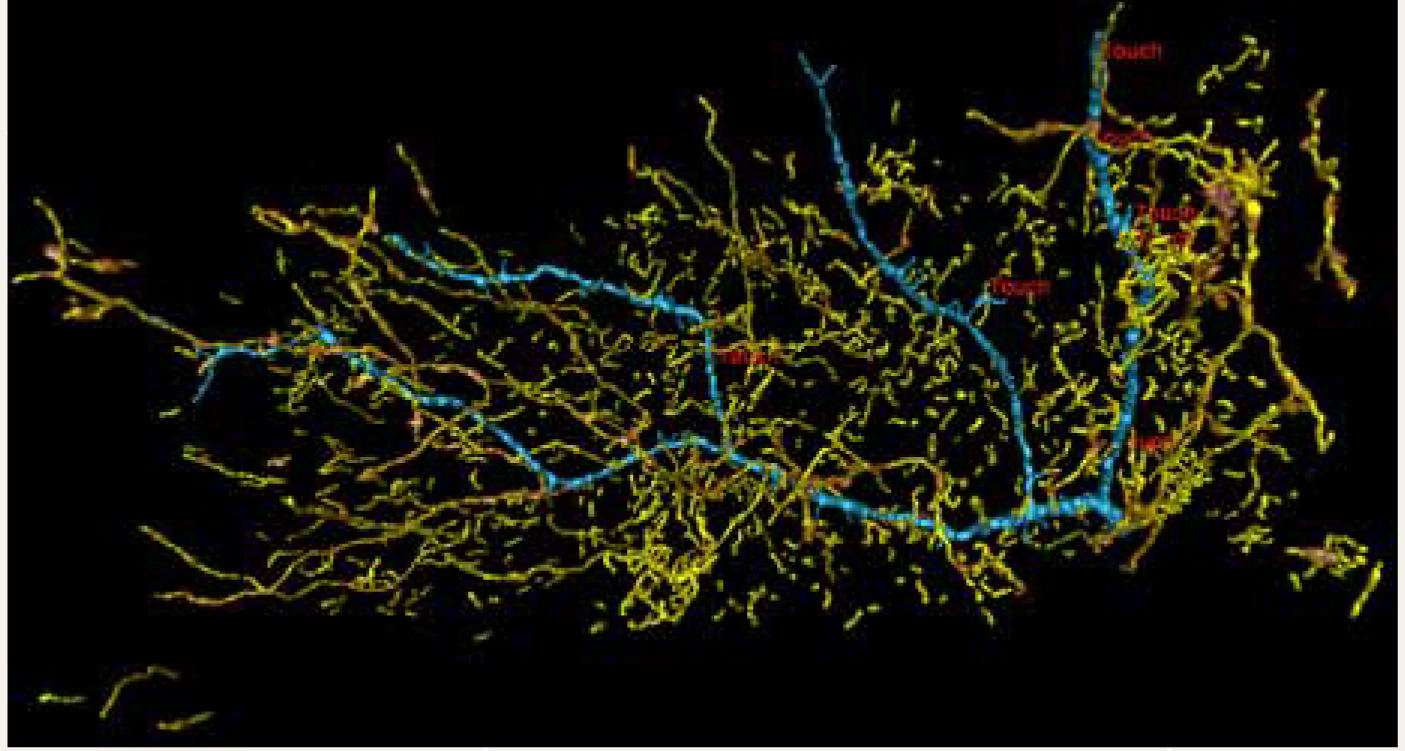 The mammalian brain can be described as the most advanced computer in nature. Brains can be thought of as consisting of distributed mini-processors (micro-circuits), with strong but relatively slow communication links and distributed memory. Thus the brain is a prototype for parallel-distributed computation.

The history of computing is often traced back to Alan Turing's 1936 paper ‘On computable numbers, with an application to the Entscheidungsproblem'. He suggested how a machine, using the logic of a person equipped with instructions, paper and a pencil, could read symbols encoded on a string of tape to perform symbolic operations defined by an instructor.

During the Second World War, John von Neumann built an electronic version of Turing's machine. Computers have developed at an astronomic rate since then, but the way in which they work has remained essentially unchanged.

Computer science is now in the transition from essentially serial algorithms, using one or a few computer cores at the time, to genuinely parallel processes operated by massively distributed elements on a continuous basis. This is not too different from the way the brain processes information.

Brain processors operate at speeds that are five to six orders of magnitude slower than modern CPUs, yet they outperform modern computers in a number of ways. The different algorithms used by brains and computers reflect fundamental differences in the hardware they use, and in how they use it.  Nevertheless, this does not preclude the possibility of transferring principles from one system to the other. This is what the GRIDMAP project aims to do: We are studying the brain so we can develop better computers. In the process, we will also learn a lot more about the brain.

With the discovery of grid cells as the brain's metric for space in 2005, spatial navigation is becoming one of the first non-sensory ‘cognitive' or ‘high-end' functions of the brain to be understood in reasonable mechanistic detail.

A grid cell is a type of neuron that has been found in the brains of rats, mice, bats, and monkeys, and it is likely to exist in other animals, including humans. Grid cells were discovered in 2005 at the Centre for the Biology of Memory (CBM) in Trondheim, Norway. The CBM was the precursor to the Kavli Institute for Systems Neuroscience and the Centre for Neuronal Computation (KI/CNC).

Grid cells are found in the entorhinal cortex, a brain structure that connects the hippocampus with the rest of the cortex. Grid cells react and send electrical signals at spatial points that combined form a triangular, Chinese-checkers-like grid. What makes grid cells especially interesting is that the regularity in grid spacing does not derive from any regularity in the environment or in the sensory input available to an animal. In other words, grid cells appear to encode a type of abstract spatial structure that is constructed inside the brain and imposed on the environment by the brain with no regard for the sensory features of the environment.

The discovery of grid cells has pointed to the entorhinal cortex as a system of interconnected parallel-operating cell types that collectively form a map-like reflection of external space in world-centred coordinates. This makes them a good starting point for exploring the fundamental principles and functions of neuronal operation on abstract data.

GRIDMAP will be undertaken by four leading research groups in experimental and computational neuroscience and in its application to robotic technology.

Norwegian University of Science and Technology

The project is coordinated by Professor Edvard Moser at the Kavli Institute for Systems Neuroscience  in Trondheim, Norway. The KI is a research centre at the Norwegian University of Science and Technology (NTNU) in Trondheim.

NTNU will play a major role in the project, as the coordinating institution and the main supplier of experimental results. The Moser group at NTNU is responsible for multi-channel multi-site recordings from the grid-cell network, combined with optogenetic and other transgenic methods.

The University of Edinburgh (UEDIN) will be responsible for the behavioural analysis of the project and for the integration of this analysis with multichannel neurophysiological recording from grid cells and place cells. The scientist in charge is Professor Richard Morris. His research group at the Centre for cognitive and neural systems will link spatial mapping to spatial navigation in animals and machines, in collaboration with all three of the other partners.

The Limbo Group at the International School for Advanced Studies (SISSA) in Trieste, with Alessandro Treves as the PI, will be the project's key node for computational modelling. SISSA is one of three elite institutions of postgraduate learning in Italy, and of these the most international, with roughly a third of its PhD students and faculty from abroad.

The robotics group at Technische Universität München (TUM), with Professor Jörg Conradt as the PI, will be in charge of testing and implementation of neural algorithms from the space circuit in mobile robots. Based on experimentally-driven models of spatial mapping and navigation, algorithms will be tested in prototypic mobile robots under the overall objective of identifying computational mechanisms that reduce vulnerability to noise as well as demands on computational power.