We do not know where St. Olav’s church was located

In 2016, archaeologists believed they had found the famous “Klemenskirken” (St. Clement’s Church). Now it turns out that this is probably not true. That does not make the find less interesting.

New knowledge shows that "Klemenskirken" in Søndre gate in Trondheim is most likely not St. Olav’s St. Clement’s Church after all.

A few years ago, we were reasonably sure of having found the place where Olav Haraldsson built his famous church, which was to become an important part of Norwegian history. Today we have knowledge that indicates that this still isn’t true.

Olav Haraldsson, or St. Olav, played a significant role in the unification of Norway. He also prepared the ground for the Christianization of the country. The battle of Stiklestad on July 29, 1030, is forever associated with Olav Haraldsson's death.

According to the saga, the remains of the king were transported to the river mouth of the Nidelven and buried where Nidaros Cathedral was later built. The following year he was excavated and moved to his own church, St. Clement’s Church. According to legend, he then looked surprisingly good. Hair and nails had grown. The king looked like he was asleep.

In accordance with tradition, this is how the Olav cult was created. When Olav Haraldsson's coffin was placed on the altar in St. Clement’s Church, where it supposedly stood for a few years, he had in the eyes of many become St. Olav.

Where exactly was this St. Clement’s Church located? This is a question that lay people, archaeologists and historians have debated for a long time, almost for hundreds of years. In 2016, many believed that the answer had finally been found.

When a new commercial office building was to be built in Søndre gate in Trondheim, great expectations were attached to the archaeological excavations that the Norwegian Institute for Cultural Heritage Research (NIKU) was to carry out. What was found exceeded the greatest expectations.

NIKU found not just one church, but traces of several wooden churches, built on top of each other throughout history. The oldest of these was named "Church A". Here was a wealth of rich and very interesting finds: a stone altar, remains of a possible holy vessel, remains of people and remains of a crucifix. The first dates indicate that Church A was from the early 1000s. These dates were taken from annual rings from the pillars of Church A, a grave and material from former buildings under the oldest church.

When NIKU in the summer of 2021 published its comprehensive final report on the excavation, the archaeologists presented a thorough review of all finds. Here, newer dates are presented that clearly shake the image formed by St. Clement’s Church. Although the materials in Church A are from the period when Olav lived, the buildings under the church are dated to 1060.

Thus, the church above cannot be located here by Olav Haraldsson. For there to be a connection to St. Clement’s Church, one must therefore set up a hypothesis about moving and reusing material. This is very uncertain and impossible to prove. It is therefore not possible today to identify Church A with the saga's St. Clement’s Church. We do not know who built Church A, which church it is or when it was built. We must take the consequences of this. In other words, the exhibition must be revised. It is not yet clear when and how this will be done.

This does not make the find less interesting. A pillar church from the 1000s in an urban context is rarely found. The church therefore represents an important source material for knowledge about the early Christian society. The exhibition space, with building remains visible in the floor, is a good starting point for disseminating this knowledge. We have great faith that a revised exhibition, built on the knowledge we have today, will remain a pride for Trondheim and the rest of the country. 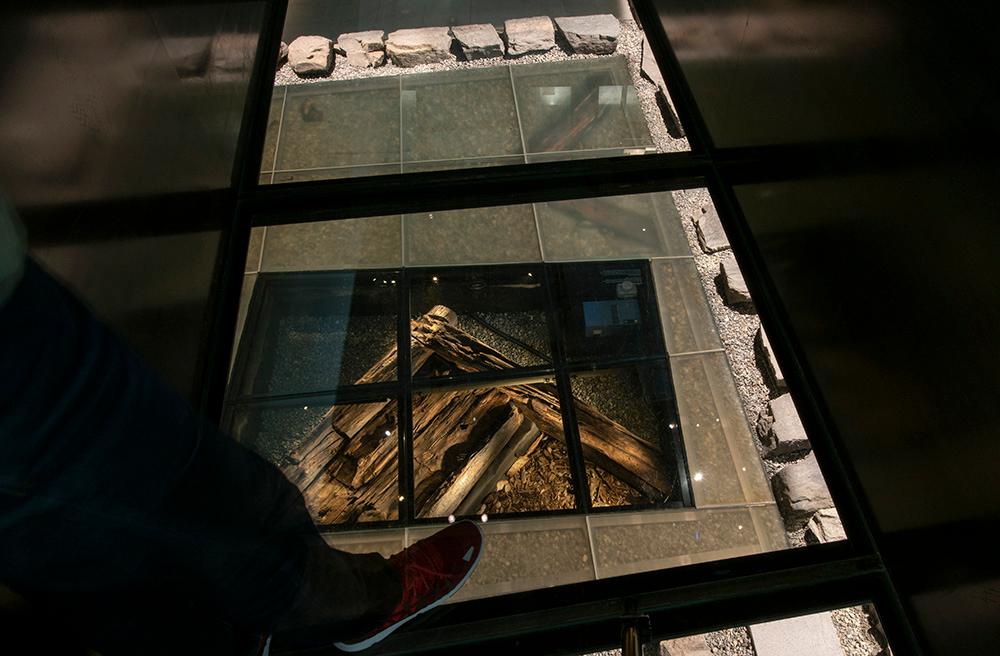 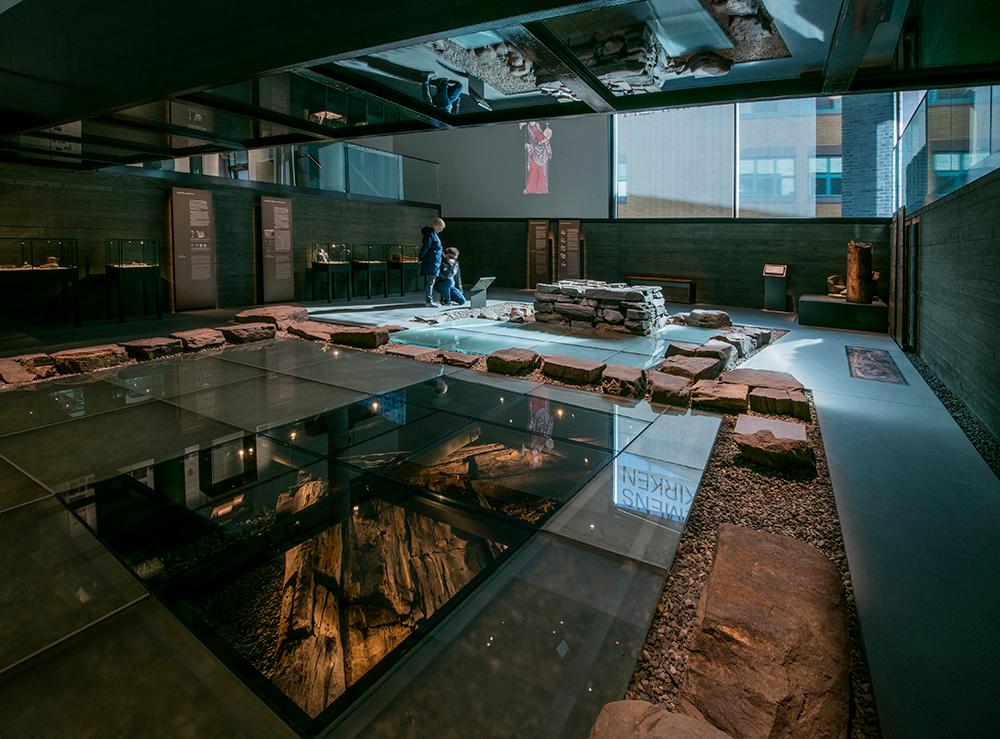 Where to find the exhibition: 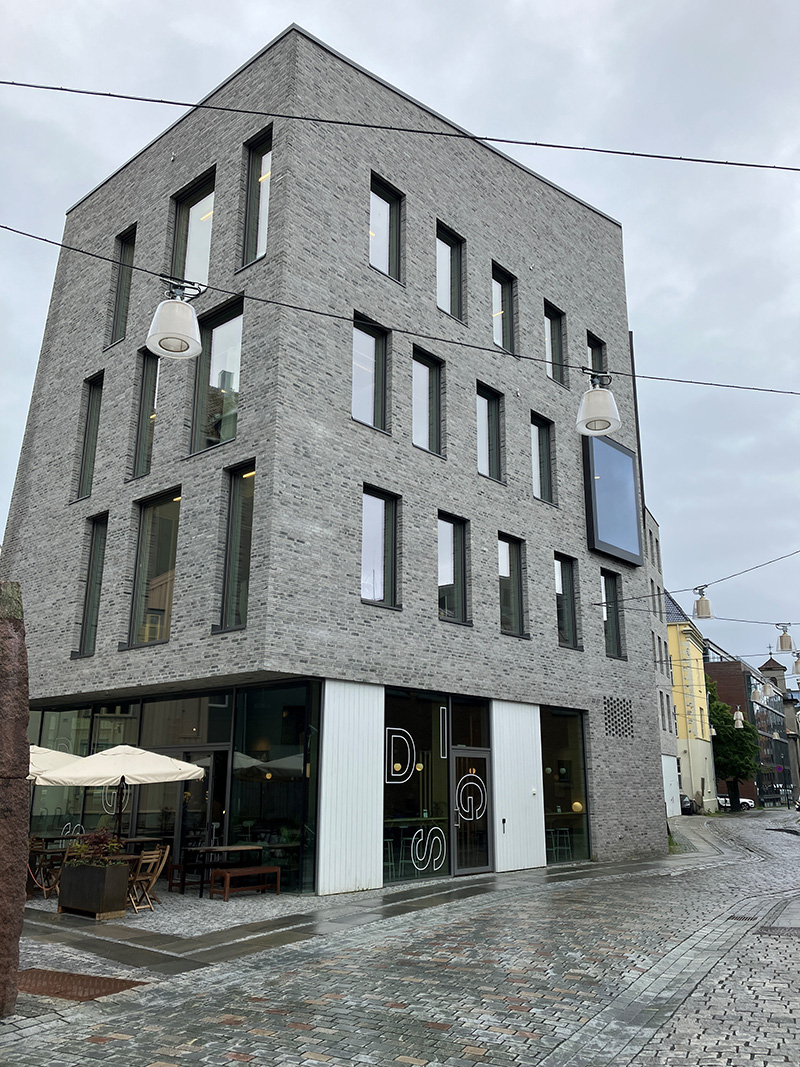 Church ruins can be found in Krambugata

Open guidings can be found on our facebook-page