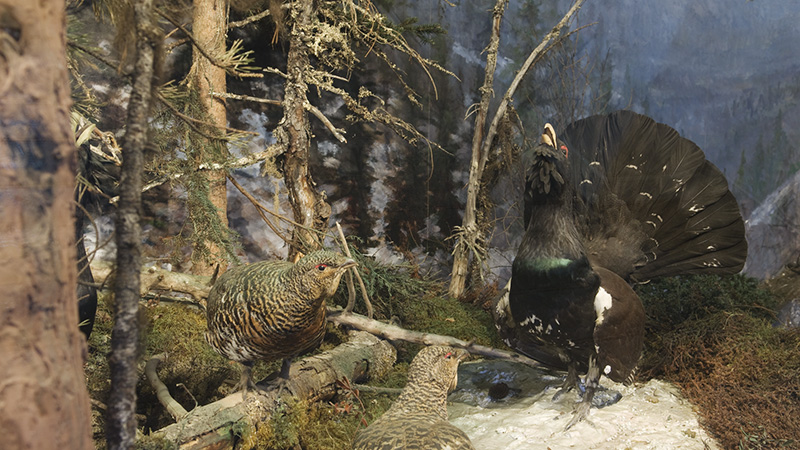 The museum's largest showcase was opened for the 200 year anniversary of The Royal Norwegian Society of Science and Letters in 1960.

This 14 metre long diorama presents local bird life from sea to mountain. The showcase originally contained 52 bird species spread across different landscapes according to their habitats. In addition, there were four minor mammals included.

The showcase was very modern in its time. The sounds of 32 different birds were recorded and played with comments at the same time as built-in lamps were lit next to the singing birds. The lighting created an illusion of day and night. Today, the diorama is presented without light- and sound effects.

The museum exhibitions are currently closed from 1st to 8th of June, due to local Covid-19 restrictions. The museum shop is still open monday through friday, from 10 AM to 4 PM.