Polychaete diversity in the Norwegian sea 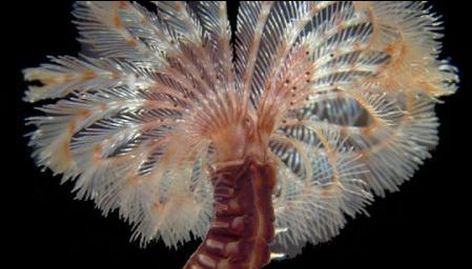 The Norwegian Sea holds a diverse fauna of polychaete worms, more diverse than previously anticipated. Recent work has discovered several new species and species described in the old literature but not seen since their description, has been rediscovered. Material from new samples will be targeted to discover the true diversity of polychaetes in the Norwegian Sea.

Marine bristle worms (Polychaeta) are among the dominating organism groups in sediments on the sea bottom. In Norwegian waters more than 700 species are known. From samples taken at the continental margin in the Norwegian Sea several new species has been discovered. Available data indicate that 15-25% of the polychaete species are unknown or has confused taxonomic status.

Pseudopotamilla sp. Photo: Sabine CochraneThe main aim of the project is to produce new knowledge on poorly known species and species groups of polychaetes in Norwegian continental shelf and slope waters. A special focus will be on the species' taxonomic status and mapping their distribution. Material collected during the last few years in the multidisciplinary sea-bed mapping programme MAREANO (= Marine AREAl database for NOrwegian waters) will represent the main material in the project. The MAREANO programme has activities from shallow shelf-located banks, via the continental slope to the deep-water plains at depths of around 3000 meters off the cost of Nordland and Troms Counties, which will be the main areas of focus. Apart from taxonomic knowledge on unknown species, main results will be to supplement faunistic information from the MARENAO programme to obtain a more complete mapping of Norwegian offshore benthic fauna and their ecological role. DNA barcoding will be an important part of the project, in aid to document diversity, discover hidden diversity and potential cryptic species. In addition DNA barcoding will provide barcodes for a range of polychaetes from Norwegian waters.

Although material from the MAREANO material will be important, specimens from museum collections and other recent or on-going projects will be used. Taxonomic challenges cannot be solved without proper comparison of specimens from the species' distribution range. An important aspect in this respect, considering the topography of the Norwegian Sea, is both horizontal and vertical distribution.

The project is supported by the Norwegian Taxonomy Initiative. 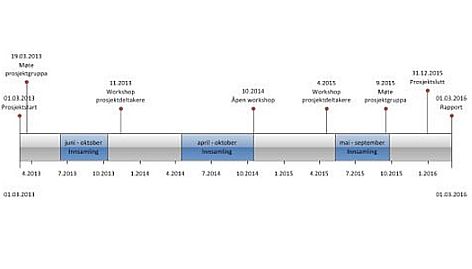