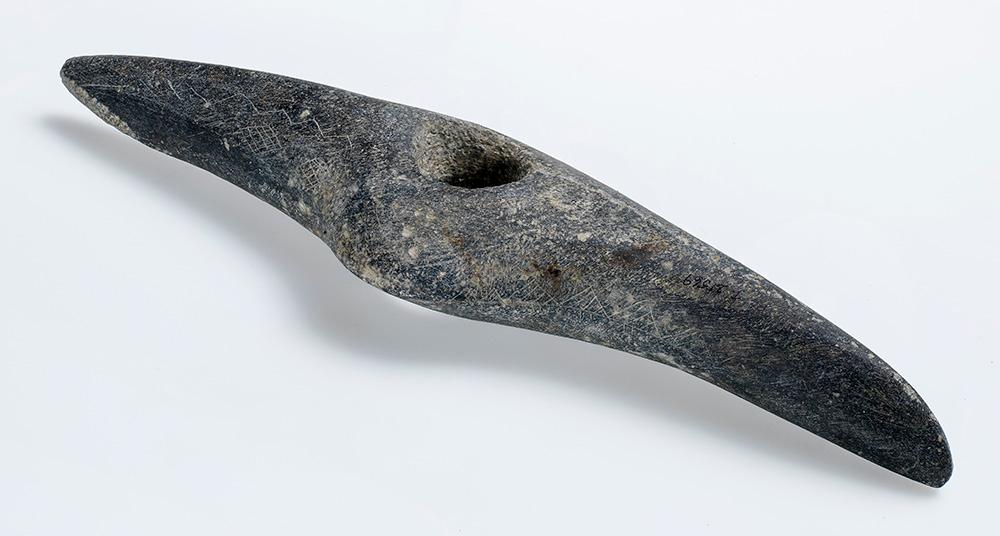 Elegant, refined and sophisticated are not words we usually associate with the Stone Age. But the choice of raw materials, design and decoration on axes, arrowheads and jewellery shows that aesthetics were important at that time as well.

We have selected a collection of objects that give a slightly different impression of people in the Stone Age than we are used to. The objects are between 4,500 and 9,500 years old.

What they have in common is hours of careful shaping and polishing. None of the objects are unique. We see the same shapes and the same decor on other finds, but rarely as elegantly executed or as well preserved as here.

The objects must have been admired in their time as well. That was precisely what was intended, whether made for personal use, as a gift to someone of importance, or as a tribute to higher powers.

1. Axe from the late Stone Age, made from hornfels, a metamorphic rock. This type of axe is called a boat axe, because it has a shape similar to a boat. They were used in the Nordic countries around 4,500 years ago. Boat axes were meant to look like metal axes, with a "casting edge" on the top. The idea must have come from a place much further south, where people had casted bronze axes. Still, this axe could have been made here in Norway. Found in Mo i Rana.

2. Arrowheads used for hunting. Many arrows were probably shot and lost during a hunt. Nevertheless, much effort has been put into making the arrowheads decorative. Sometimes the arrowheads have been made so that the colours in the stone really stand out. This is clearly visible on the large spearhead in the middle, where the bright part of the stone is used as decoration. Locations for the finds from top: Malvik, Namsos, Frøya, Alstahaug, Stjørdal and Flatanger.

3. This black axe and little chisel are probably both made from diabase, a dark igneous rock. They have been ground quite thoroughly, which has resulted an incredible shine in the stone. Nevertheless, little of the surface was visible when in use, since the axes were securely attached to the shaft. The axe was found in Brønnøy, while the chisel is from Ørlandet.

4. This spade-shaped slate pendant is a rare find from the late Stone Age. From the front, the pendant does not appear to have a hole for hanging, but it has been carefully placed on the back so that it isn´t visible on the front. Found in Vikna.

5. Decorated knives made of slate. From a distance, the knife to the left looks light grey, but if you look more closely, it has stripes of several colours. Straight grooves form a pattern on both sides of the shaft, and the edge is serrated. On the large red knife to the right, straight lines form zigzag lines along the knife's back. The slate knives were first and foremost used around 4-6,000 years ago. The knife on the left is from Fræna, while the one on the right is from Vefsn.

6. Double pickaxe with decoration. The decoration consists of engraved zigzag patterns, diamond shapes, triangles and a figure of a fish. Many similar pickaxes have been found around the outlet of Trondheim Fjord, but few are quite as beautiful as this one. Pickaxes of this type are between 8,000 and 9,500 years old. They are hardly pickaxes in the modern sense, because there isn’t enough room for a solid enough shaft in the shaft holes. The decor and meticulous design indicate that the pickaxe was first and foremost made to be shown off. Found in Skaun. 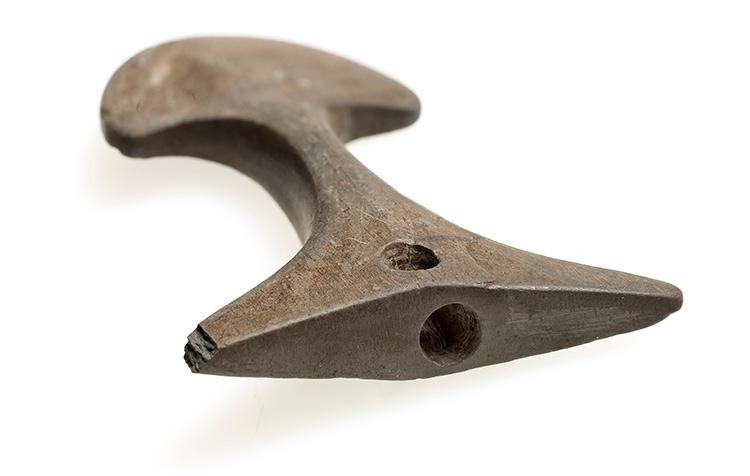 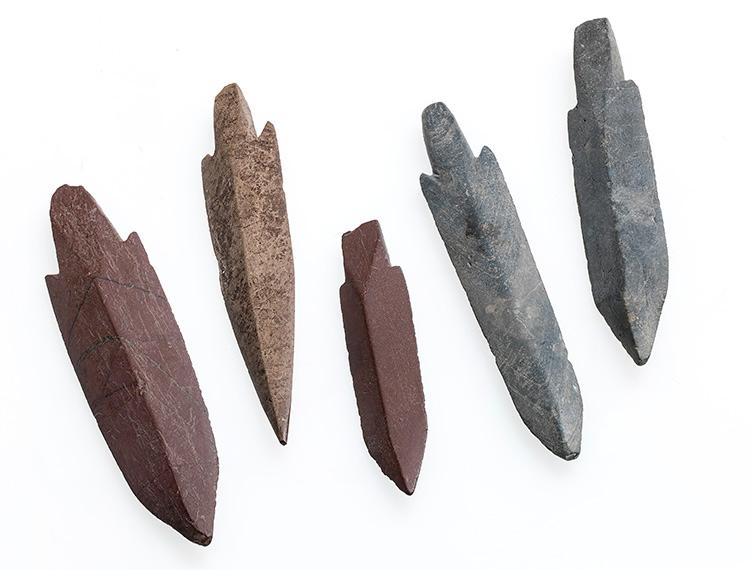