(24.09.2012) The violin virtuoso Anne-Sophie Mutter was formally awarded her honorary doctorate from the Norwegian University of Science and Technology (NTNU) on Sunday. At the same time Mutter started on a European tour with the Trondheim Soloists, an ensemble made up of current and former NTNU music students.

The Trondheim Soloists have collaborated with the violin virtuoso Anne-Sophie Mutter since 1997. They have toured together, and recorded CDs. On Sunday, however, their collaboration reached new heights, as the soloists and Mutter played the world premiere of a new violin concerto by André Previn in their opening concert in Trondheim. Afterwards, the musicians continue to concert venues in Germany, Switzerland, Denmark, Norway and Sweden. 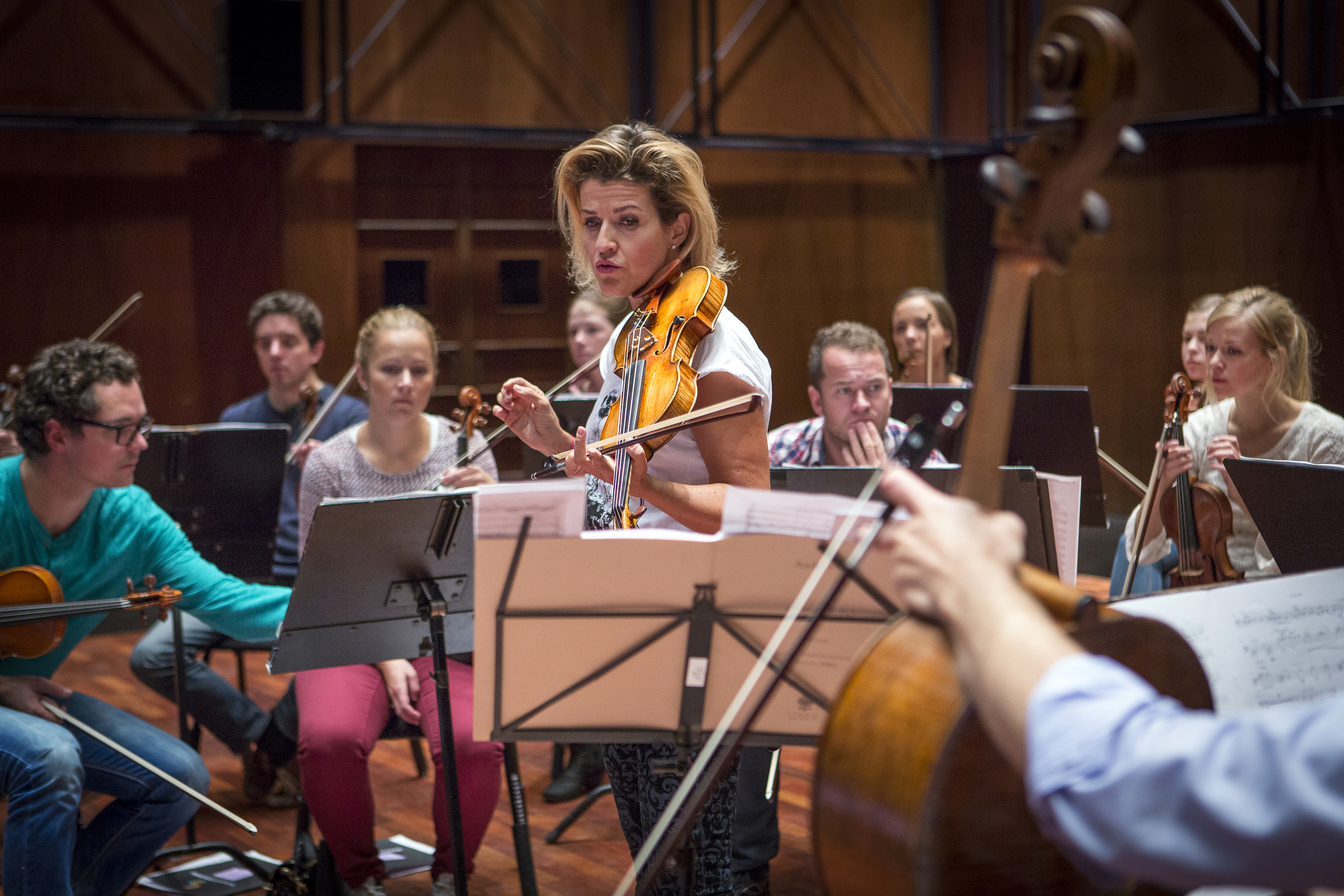 Anne-Sophie Mutter has been an enormous inspiration both for the Trondheim Soloists and students in NTNU's music programme. Her commitment has brought the young musicians invaluable professional experience, whether during concert tours or in the recording studio. In recognition of this, NTNU awarded Mutter an honorary doctorate in 2010. But because of her busy concert programme, it is only now that Mutter was able to formally accept her degree, in conjunction with the opening of the European tour.

A recognition of the art
"What does it mean for you to receive an honorary doctorate?
"It is a great honour and recognition of the importance of music in general. I know that I am just one of many musicians who try to be useful to society. I am very touched when one of us is given such wonderful recognition, because it shines a light on an often overlooked but important part of our existence: Spirituality, the opportunity to perform as an artist, and the ability to communicate across borders, languages and religion. For me, this recognition is recognition of the art in its entirety. I think many musicians are aware that they have a role in bringing light into people's lives."

Like "1001 nights"
One might ask how a world-class virtuoso and a chamber orchestra composed of music students and young musicians came to work together. Mutter has to search her memory a bit to find the answer: Back in 1997 Mutter and the Trondheim Soloists crossed paths while they were both on tour in Europe, and in a number of places, Mutter heard people praising the talented chamber orchestra. She was curious and contacted the group. That resulted in a tour two years later, which culminated in a recording of Vivaldi's "Four Seasons".

"I remember it like it was yesterday!" Mutter says. "It was in Copenhagen, it was fabulous."
The recording is treasured by music lovers and has sold 750,000 copies worldwide. But what is it about this particular recording and interpretation that makes it so popular?

"It's a bit like "1001 nights", it's like an everlasting fairy tale with many layers," Mutter says. "The work has so many details, so many colours, so much mystery in it that you explore it anew each time you open this musical book. It is never boring, either to listen to or to play."

Success is not the goal
Story telling, giving music colour and content, is something that Mutter thinks about when she chooses the young musicians who will get help developing their talents through to the Mutter Foundation in Germany.

"I'm trying to find young musicians who have strong opinions and their own point of view. The danger is that people want to be loved, and so they follow a safe recipe for success. But success is not the goal. The goal should always be to get under your listener's skin, to ask questions, to be shocking rather than to be eager to please. That's what I consider to be storytelling. We need young musicians who dare to shake the audience out of their comfort zone. People can either love it or hate it. Nothing is worse than indifference," Mutter says.

A fruitful dynamic
But do the Trondheim Soloists include this kind of musician?

"They have the ability to make you sit on the edge of your seat," Mutter responds. "It's not always a comfortable experience, but it's good for the music! It's a good starting point. The main thing is that when we get together, there is always a high standard of musicianship. It is a fruitful collaboration, and they play in a fresh way. I like that," Mutter adds. "And the way the system works, where there is a constant flow of new people into the orchestra, makes it very dynamic with a good flow. As long as Øyvind (Artistic Director Øyvind Gimse) keeps a careful eye on who is admitted – and he does – the orchestra develops on its own."

As an honorary doctor at NTNU, Mutter is in the company of many well-known names who in various ways have brought inspiration and knowledge to the university. Some also give guest lectures, which raises the question as to whether Mutter herself will consider teaching in the future.

"If time permits, later in life, when I play less and have more time to talk – God knows when that will be! –  I would love to come back," Mutter says. 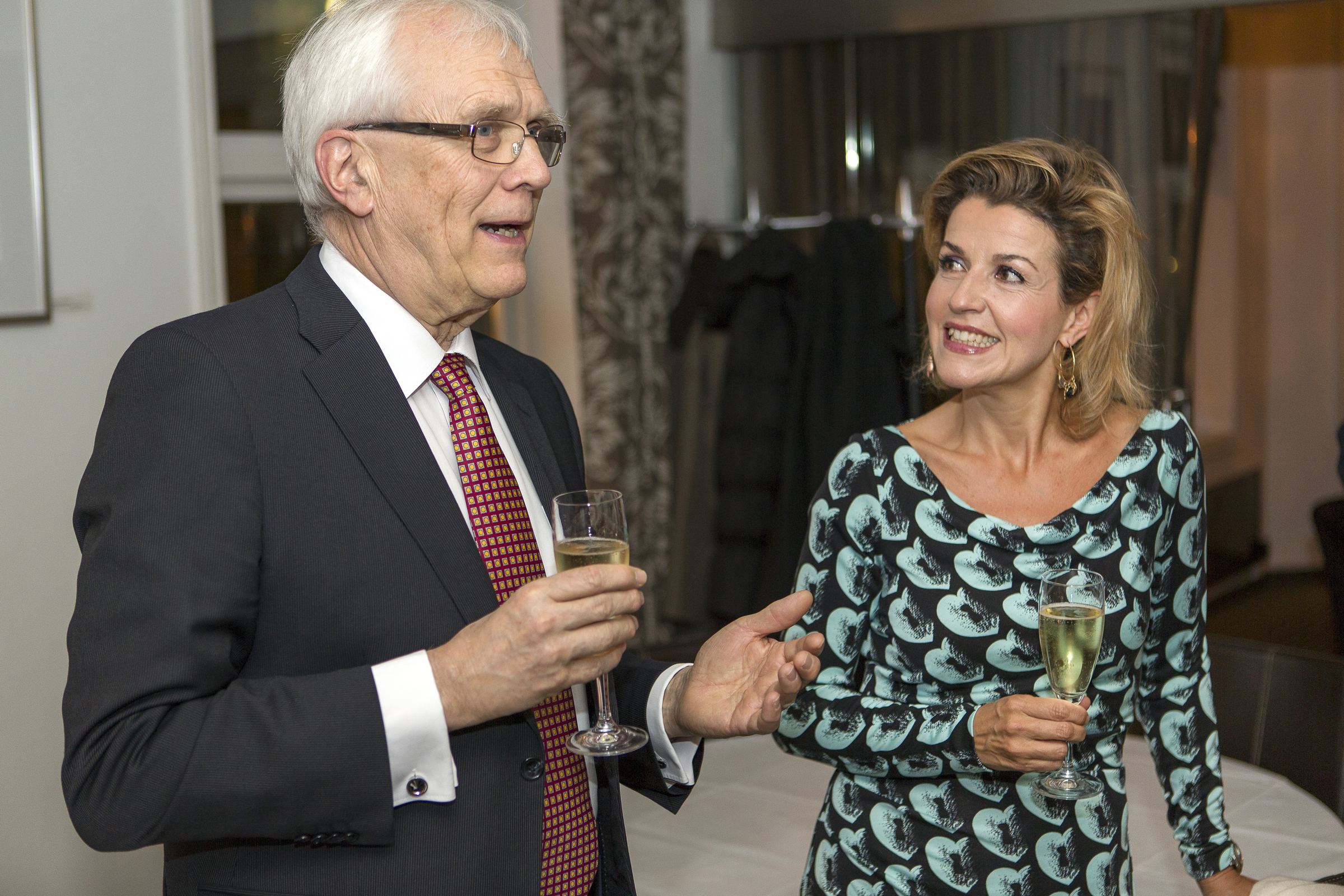 Honorary Doctors at NTNU
NTNU has awarded an honorary doctorate every year since 1996. An honorary doctorate is given to individuals who have made exceptional efforts in research, or who through other activities have contributed to the development of NTNU or society at large. International relations are also considered when making the awards. It is the custom for newly appointed honorary doctors to thank the university for the recognition by giving a guest lecture, or in the case of a musician, by giving a concert.

As an honorary doctor in the arts, Anne-Sophie Mutter is in very good company. Other honorary doctors in the arts include:
Liv Ullmann, actor and director
Arve Tellefsen, violin
Chick Corea, jazz pianist and composer 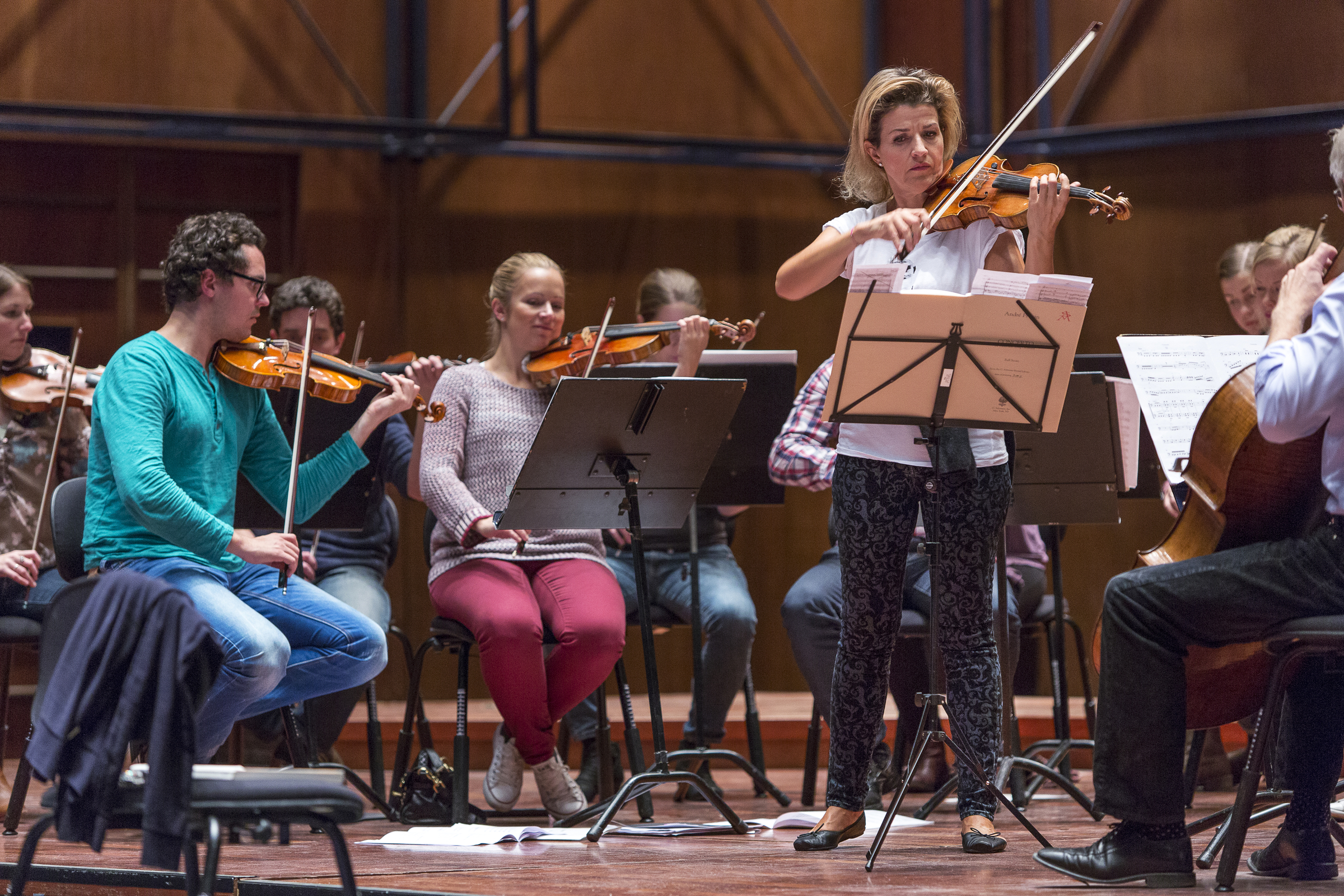 Even though Anne-Sophie Mutter and the Trondheim Soloists have played Vivaldi's "The Four Seasons" together many times, they are always looking for new ways to interpret this classic piece.Photo: Ole Morten Melgård. 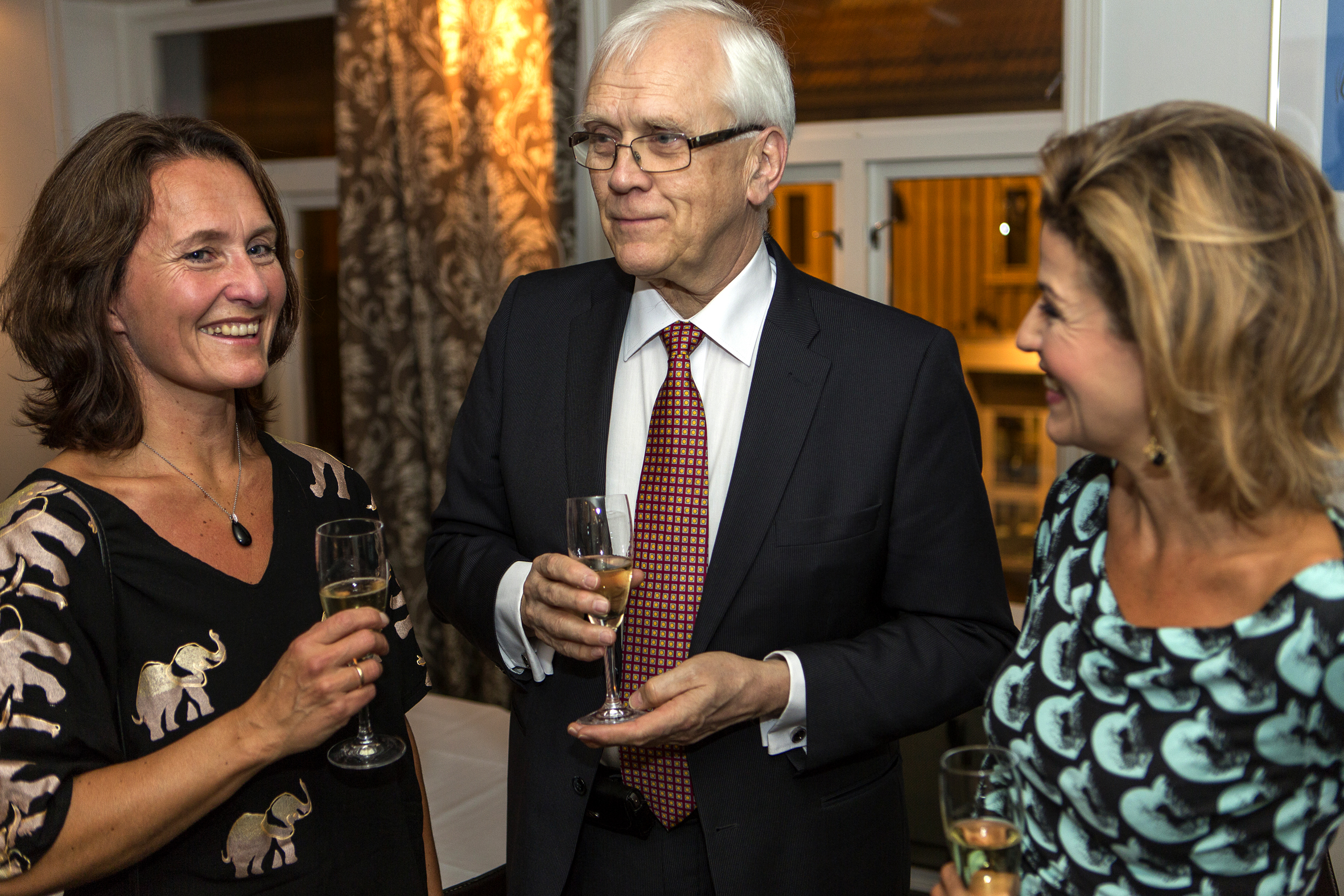 Trine Knutsen, associate professor at the Department of Music (left), and Torbjørn Digernes, NTNU Rector, are delighted that Anne-Sophie Mutter has chosen to give so much time and effor to the Trondheim Soloists and NTNU's music education programme.Photo: Ole Morten Melgård 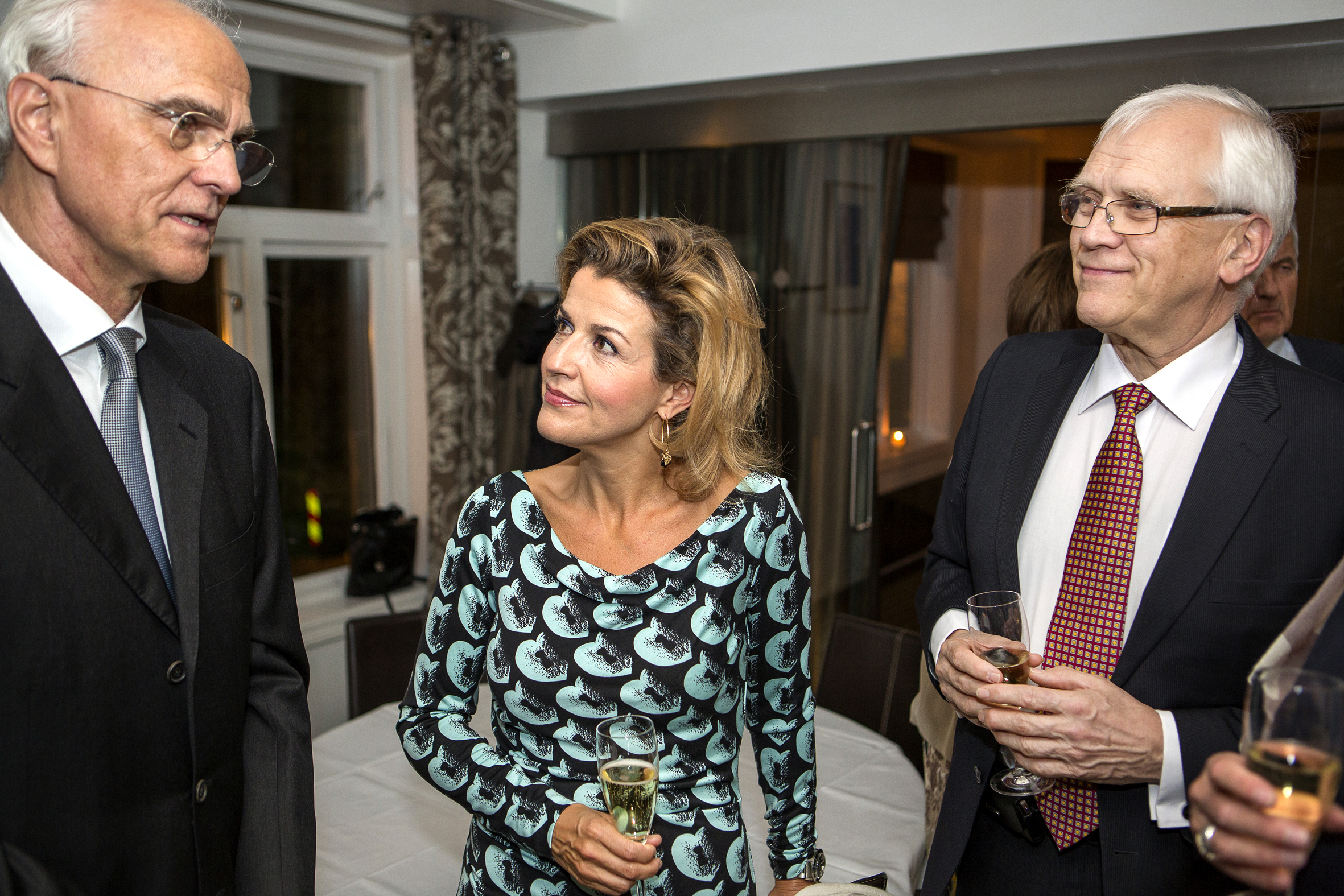 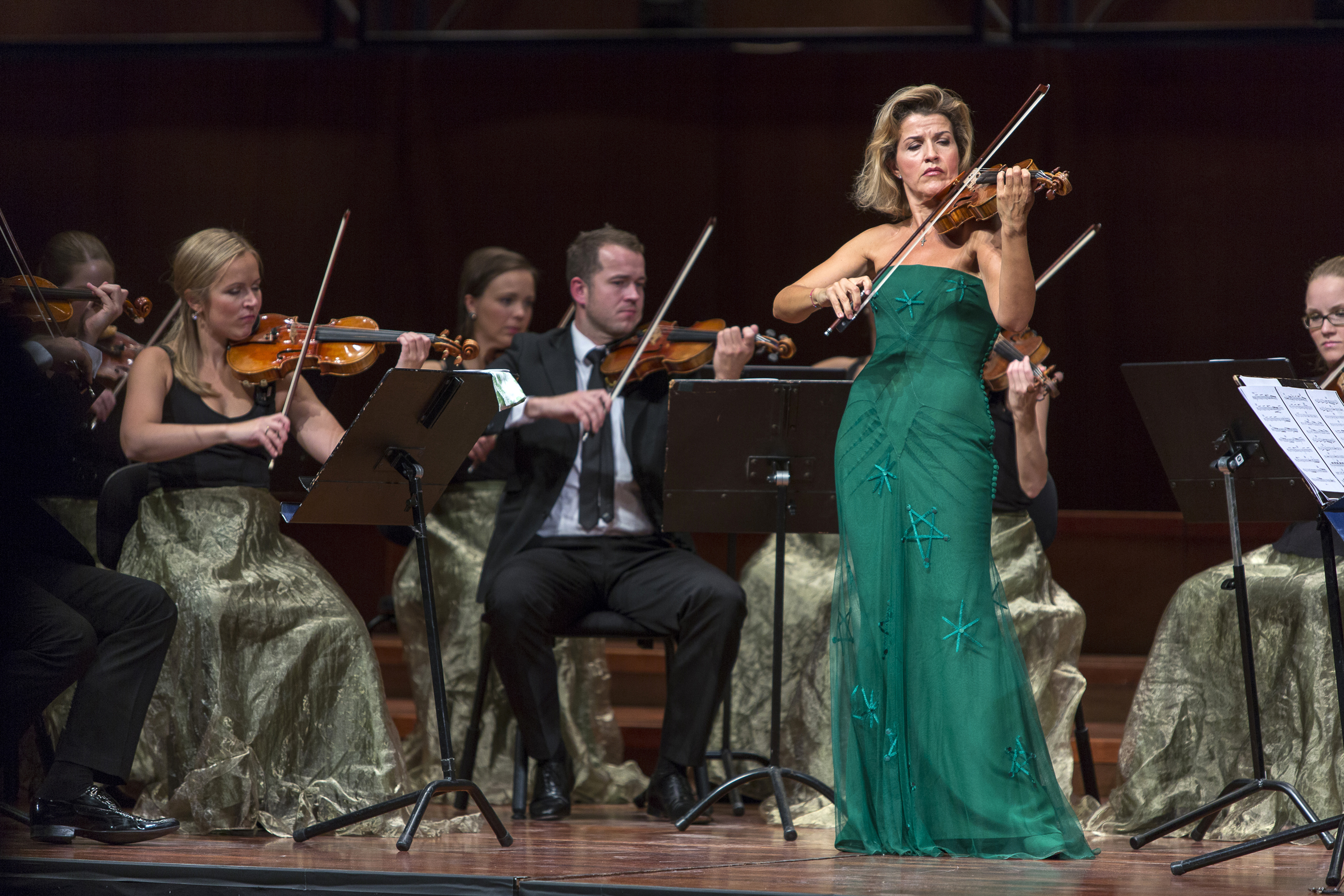 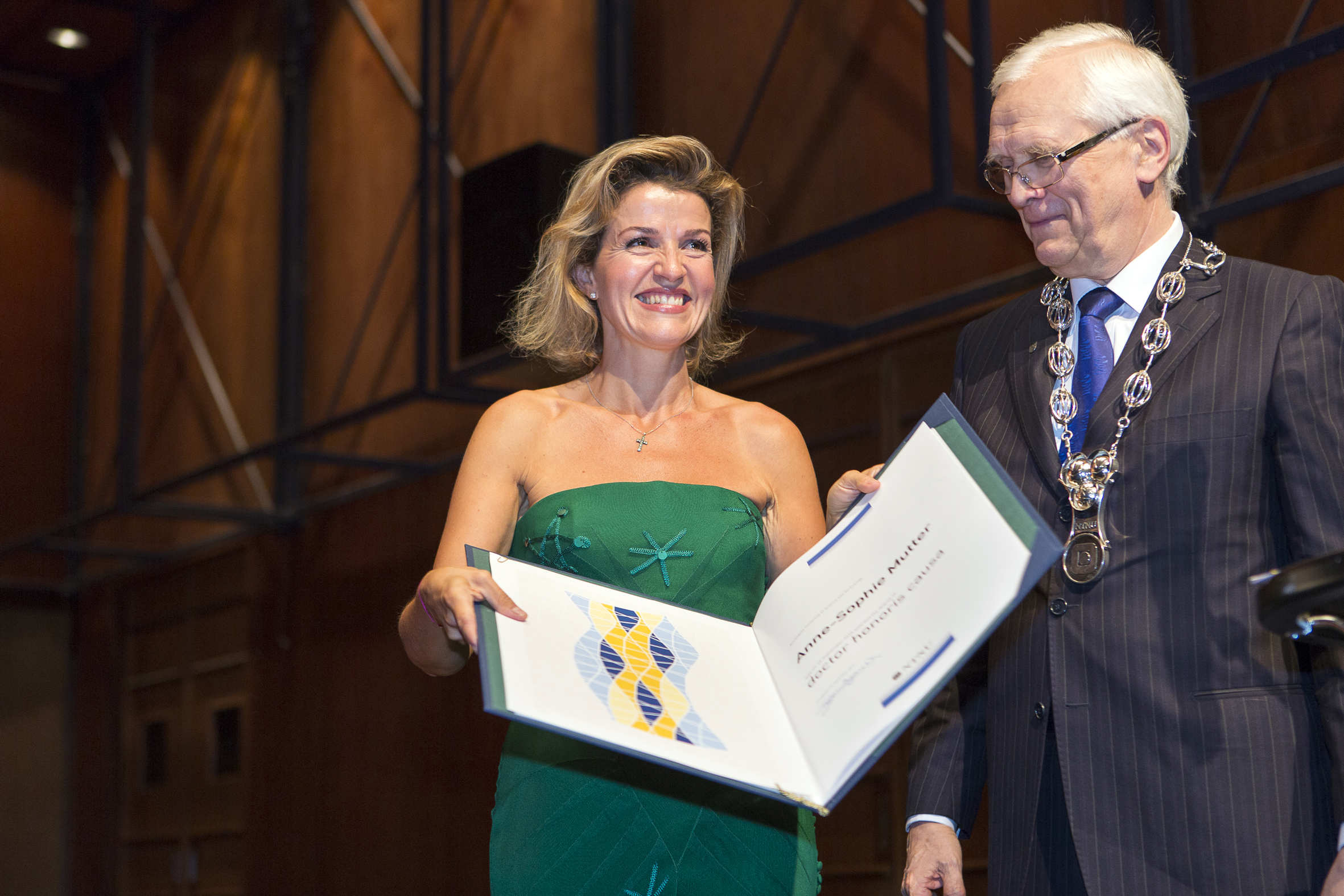 After the opening of the European tour on Sunday evening, NTNU Rector Torbjørn Digernes gave violin virtuoso Anne-Sophie Mutter the ring and diploma that are the formal proof of her honorary doctorate from NTNU. Photo: Ole Morten Melgård