Twelve ice cubes and a trip to Rio

Twelve ice cubes and a trip to Rio

(18.04.2012) It took just 12 ice cubes for a team of NTNU science and engineering students to win a competition for a trip to the UN Rio +20 Sustainable Development Conference this June. But those 12 ice cubes were made by using the heat of the sun in a simple, commercially viable system that could be used in developing countries to help fishermen preserve their fish, for example, or doctors preserve vital medicines and vaccines. 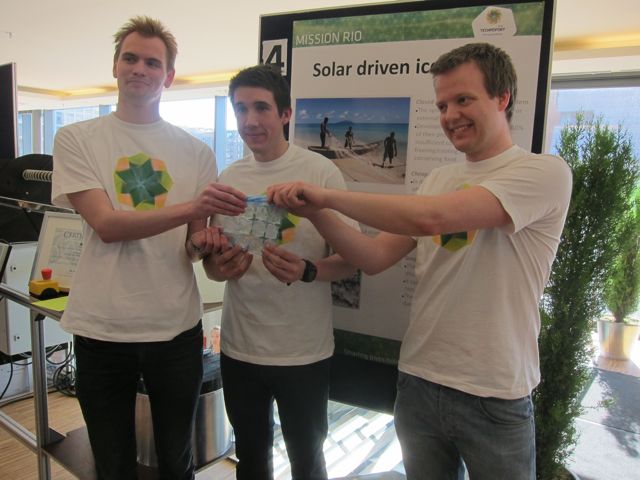 "This is an exciting idea that has been transformed into a real product," said Johan Hustad, NTNU's Pro-Rector for Innovation and External Relations, as he announced the award winners during the last session of the Technoport conference. "They have made a prototype that works, and that has the potential to change daily life for people in developing countries. And it has potential for commercial development."

The solar ice cube maker uses a simple mix of ammonia and calcium chloride, which is warmed by the sun during the day and forced into a thermos flask. The freezing occurs at night when the ammonia "evaporates" in the closed system, thus drawing heat away from the water that is stored in ice cube trays in the thermos flask. The water freezes, and the system returns to equilibrium until the sun rises and heats up the ammonia/calcium chloride mix again.

The 17 student teams who competed for the prize were drawn from a mandatory student class called Experts in Teamwork, an interdisciplinary course that all first-year master's students must take. The second prize winners, who will attend a green conference in Copenhagen, developed an online game about water use called "Wild for Water".

Knudsen, Storaas and Loland said they were excited to have won the trip to Rio, but that they had not yet had time to think more about possibly commercializing their idea. "We've had a bit of tunnel vision, just getting ready for the competition," Knudsen said.

You can see more pictures of the ice maker on NTNU's Facebook page. 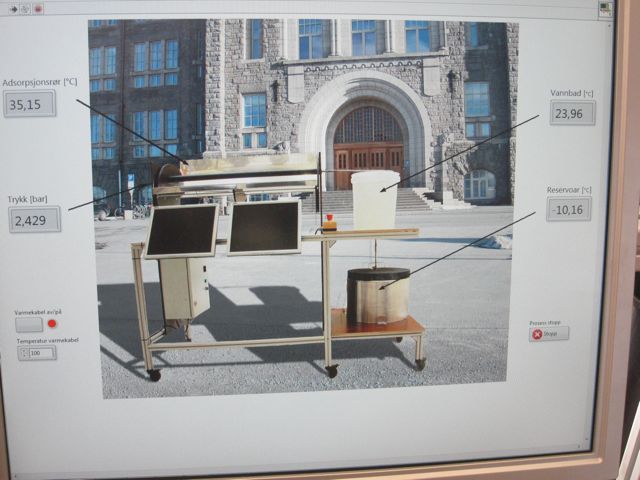 The ice maker outside of NTNU's main administration building.