(17.01.2013) Climate change is known to affect the population dynamics of single species, such as reindeer or caribou, but the effect of climate at the community level has been much more difficult to document. Now, a group of Norwegian scientists has found that extreme climate events cause synchronized population fluctuations among all vertebrate species in a relatively simple high arctic community.

These findings may be a bellwether of the radical changes in ecosystem stability that could result from anticipated future increases in extreme events. The findings are published in the 18 January issue of Science magazine. 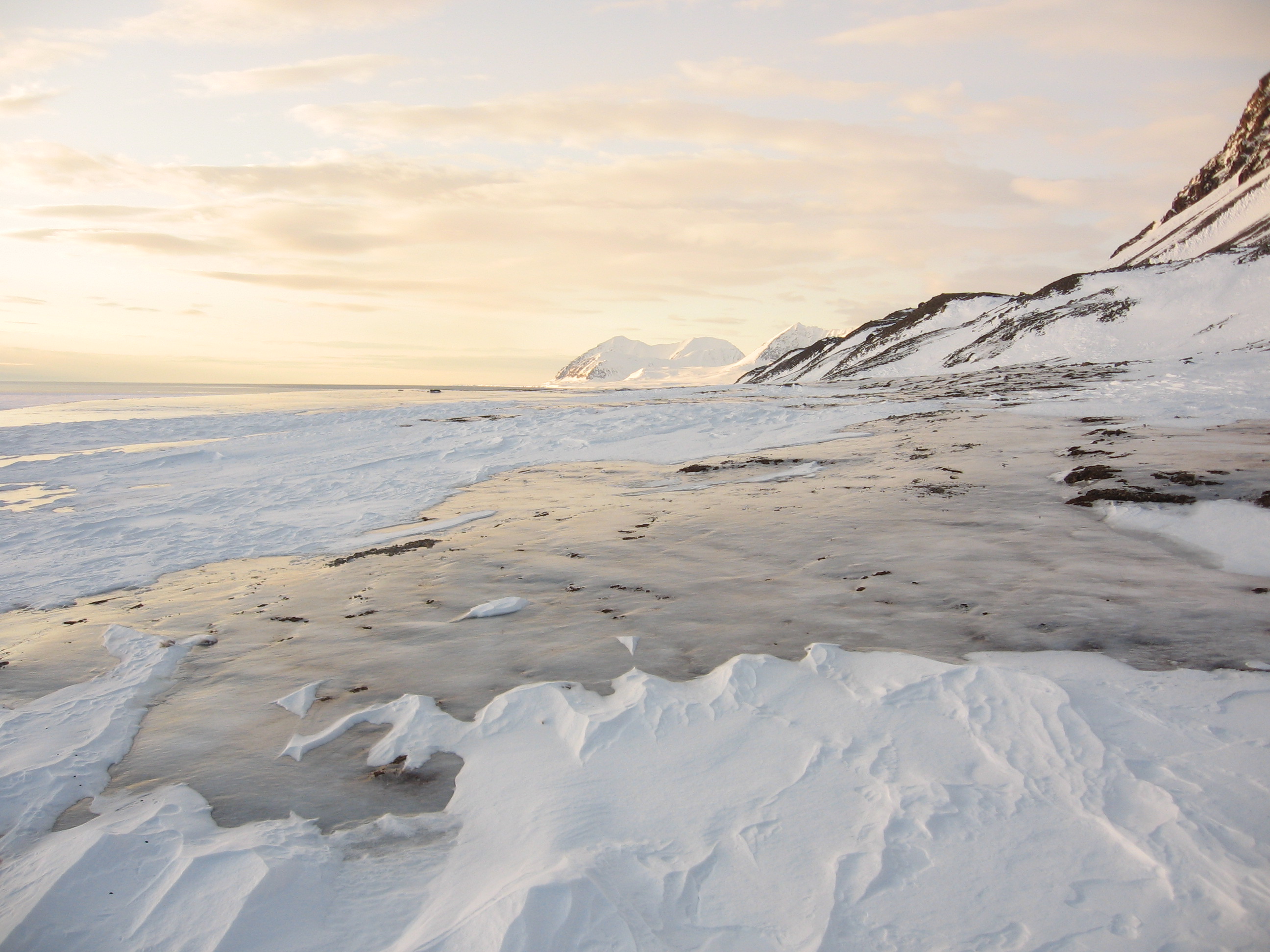 The Norwegian scientists, with lead authors from the Centre for Conservation Biology at NTNU, wanted to know how climate and weather events influenced an overwintering vertebrate community on the high arctic island of Spitsbergen, Svalbard, at 78 degrees N latitude.

Three herbivores and one fox species
They chose this simple ecosystem because it is composed of just three herbivores in the winter -- the wild Svalbard reindeer (Rangifer tarandus platyrhynchus), the Svalbard rock ptarmigan (Lagopus muta hyperborea), and the sibling vole (Microtus levis), and one shared consumer, the arctic fox (Vulpes lagopus).

The community's population fluctuations were mainly driven by rain-on-snow events, the researchers found. Rain-on-snow is an extreme climatic occurrence that causes icing on the deep-frozen arctic tundra. The ice keeps reindeer from grazing on their winter pastures and also reduces food accessibility for the rock ptarmigan and sibling vole populations, causing extensive simultaneous population crashes in all three species in the winter and spring after the extreme weather.

However, the arctic fox, which mainly relies on reindeer carcasses as its terrestrial winter food source, didn't see a decline in its population size until a year after the herbivore die-offs. Even though the synchronized die-offs decrease the number of live prey available for foxes to eat, the high number of reindeer carcasses generates an abundance of food for foxes during icy winters and the subsequent spring and summer. This leads to high fox reproduction.

Icing disruptive
But almost no reindeer carcasses will be available during the following winter, mainly because those reindeer that survived the previous winter are more robust and also subject to reduced competition for food resources.  At the same time, none of the other herbivores is able to recover in the summer after the icing. The net result is low fox reproduction and a strong reduction in the arctic fox population size one year after the herbivore die-offs.

"We have known for a long time that climate can synchronize populations of the same species, but these findings suggest that climate and particularly extreme weather events may also synchronize entire communities of species," says lead author Brage Bremset Hansen, from NTNU's Centre for Conservation Biology.  "Svalbard's relatively simple ecosystem, which lacks specialist predators, combined with large weather fluctuations from year to year and strong climate signals in the population dynamics of herbivores, are the likely explanations for how such clear climate effects can be observed at the ecosystem level."

In other, more complex systems, he says, community-level effects of climate can be present but are likely masked by other factors that tend to obscure the synchronizing effects of climate, which thus complicates the picture.

Implications for ecosystem functioning
Extreme rain-on-snow events are rare in most of the Arctic compared with Svalbard, where the climate is oceanic and mild for the latitude. However, because the frequency of such rain-on-snow events leading to icing is closely linked to a rapidly warming arctic climate, the authors warn that changes in winter climate and extreme events may have important implications for ecosystem functioning and stability in the circumpolar Arctic in the future.

"Previous studies have shown that rain-on-snow and icing can also cause vegetation damage and reduce survival of soil microbiota," says Hansen. "But more importantly, we suspect that the strong effects of icing on the overwintering vertebrate community have the potential to indirectly influence other species and cascade throughout the food web. The die-offs among resident herbivores shape predator abundance, which could in turn affect the migratory prey that reside in the area in the summer, such as sea birds and barnacle geese."

See what the Norwegian Broadcasting Corporation's science TV show, Schrodinger's Cat, has to say about the Science article (in Norwegian).