(10.12.2013) The Norwegian University of Science and Technology (NTNU) and Statoil signed an agreement Monday, 9 December, on a long-term research and education collaboration that will bring the university as much as NOK 310 million, or about €38 million, over the next eight years.

The funding goes to two distinct projects, and will finance 17 adjunct professors and two full-time research professors. It includes six research grants and publishing support for doctoral students, as well as support for geological fieldwork and field trips for students in petroleum and marine activities. It will also help support several research projects aimed at increasing the rate of recovery from gas and oil wells in the Norwegian Sea. 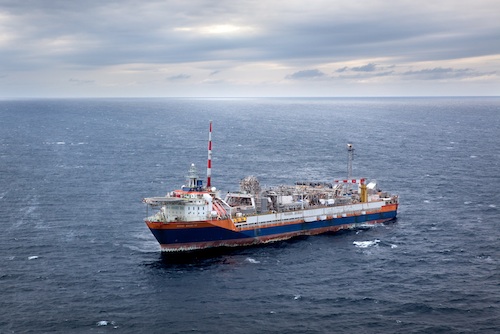 "NTNU is very pleased with this agreement, and that Statoil will continue to be the university's partner in both education and research. The agreement enables us to think long term, including in new areas that are strategically important for NTNU," says Rector Gunnar Bovim, who signed the agreement on behalf of the university.

The first contract is a renewal of what is called the Academia agreement, with a value of NOK 60 million over five years.

"The renewal of the Academia agreement confirms the excellent cooperation between Statoil and NTNU, and ensures a long-term commitment to promote basic research, knowledge development and education. We are committed to working with the best in the world, and NTNU represents knowledge and research in the top class in key areas for Statoil," says Statoil's vice present for research Lars Høier, who signed the agreement on behalf of the company.

The second agreement is for four years with an option to extend it an additional four years. This money will go to contract research on a wide range of petroleum-related projects. Based on past experience, it could be worth NOK 250 million over the full eight years.

"This is a recognition of the strong academic environment at NTNU. We look forward to continued innovation, relevant research and the high-quality education of students in the coming years," Høier said.

The money from the Academia agreement is focused on projects related to increasing the rate of recovery from gas and oil wells in the Norwegian Sea, where Professor Jon Kleppe at the Department of Petroleum Engineering and Applied Geophysics (IPT) is deeply involved. Other research groups will also benefit from the agreement.

Part of the money is intended for what is called the Norne Village, a project to improve recovery from the Norne oil and gas field by using Integrated Operations, sometimes called eFields. The Norne Field is located west of Sandnessjøen and is roughly 1,400 kilometres from the export pipeline landfall at Dornum in Germany. This project is led by Richard Wilfred Rwechungura, an assistant professor in the Department of Petroleum Engineering and Applied Geophysics.

The funding will also support the VR Village, which is a virtual reality project designed to help visualize large amounts of seismic and reservoir data. This project is being supervised by Professor Egil Tjåland, who is head of the Department of Petroleum Engineering and Applied Geophysics.