(03.05.2011) What at first glance looks like a road grader is actually a sophisticated piece of equipment that is saving the lives of U.S. soldiers in Afghanistan by detecting roadside bombs and land mines. 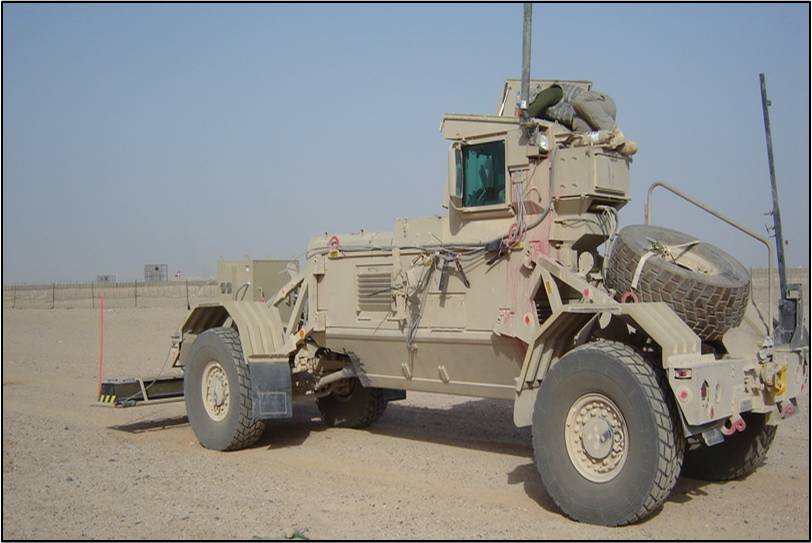 Now 3d-Radar, which grew out of a PhD dissertation at the Norwegian University of Science and Technology (NTNU), has been nominated for a prestigious Norwegian technology award.   When Egil Eide, CEO of 3d-Radar, and associate professor II at the university, wrote his PhD dissertation at NTNU on the radar a decade ago, there was almost immediate international interest in the technology, he says.

In addition to detecting land mines, the radar can also be used for archaeological excavations, road work or to find pipelines.  The company was first spun off from NTNU in 2001, and the marketplace for the technology is rapidly expanding.

Since 2007, the company's turnover has grown nearly seven-fold, while employee numbers have quadrupled. Last year, the company sold NOK 34 million worth of equipment. In 2008 3d-Radar was purchased by the American firm Curtiss-Wright, a company that has its roots in the Wright Brothers and their historic first aeroplane from 1908.

Earlier this year, the company was given the 2010 Innovation of the Year award by the Trøndelag office of the Confederation of Norwegian Enterprises (NHO Trøndelag) and was short-listed for the Technoport Applied Technology Award, which will be given out at the Technoport ceremony on 10 May.

Technoport is an association of Norwegian businesses and research institutions that is committed to sharing knowledge and technologies to help in the transition towards a green economy. The Technoport Awards are designed to recognize the outstanding achievements of those who are blazing a new trail in technology.

3d-Radar maintains its research offices in Trondheim, and Eide continues to work on developing the technology.  "I have never gotten too big to stop playing in the sandbox," he says. "This is where we conduct  part of our research. We have a technological advantage against our competitors that we intend to keep."