(16.09.2010) NTNU Rector Torbjørn Digernes says that Anne-Sophie Mutter represents a shining example of all that the university values. On Wednesday 15 September, he named the world-famous German violin virtuoso an honorary doctor at NTNU at a special centennial concert attended by His Majesty King Harald V. 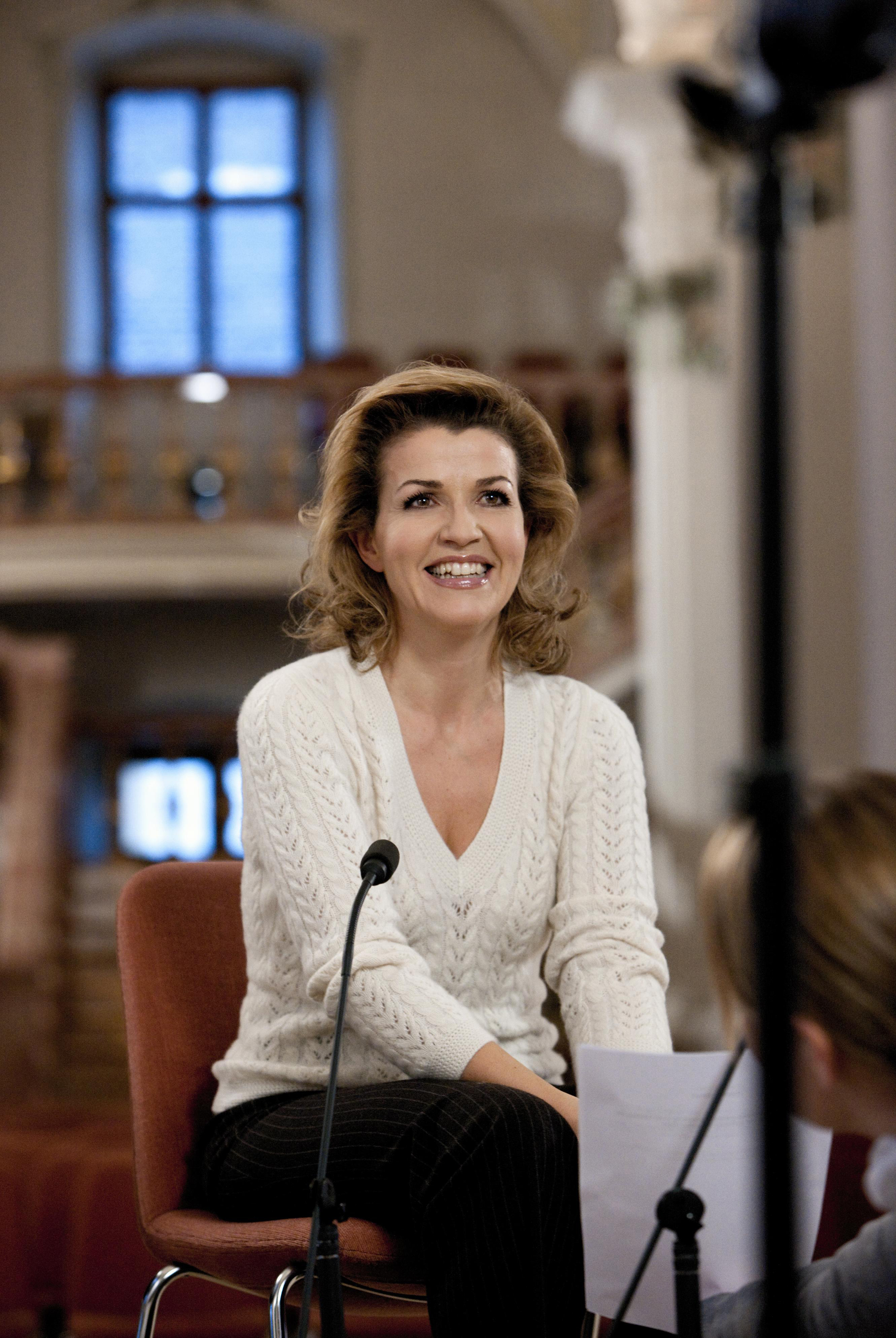 "Anne-Sophie Mutter is a great ambassador for all the values by NTNU stands for. She is internationally outstanding, has deep knowledge and committment to her art, and a global reach," said the rector in his speech announcing the award. The award was made at a special centennial concert held at Trondheim's main concert hall, Olavshallen, on Wednesday night, on the 100th anniversary of the opening of Norway's first institute of technology, in Trondheim in 1910.

Mutter plays frequently with the Trondheim Soloists, and Rector Digernes recognized her contribution to helping give the musicians --and Trondheim's music scene -- international visibility.

A guiding star
"The way that Anne-Sophie Mutter has instructed, inspired and been a beacon for the Trondheim Soloists over the last decade is unique in a European context. She represents the pinnacle of achievement in the artistic world. Her musical performances are based on a perfect blend of a profound knowledge of music and a strong passion for sharing her craft," said the rector.

"Mutter has shared her experience with the members of the Trondheim Soloists at a level far above what most people get over their entire lives as musicians. She has always emphasized the uniqueness of the orchestra's local profile, which is almost entirely based on past and current students from NTNU," Digernes said.

In the company of great scientists, engineers and artists
Mutter was unable to be present at NTNU's anniversary celebration. Via a videocast from Munich, however,  the world-renowned violinist expressed great joy at the appointment.

"It's a very special honour to be appointed honorary doctor at NTNU. It is an especially great honour because it is NTNU's 100th anniversary, and because now I am in the company of highly skilled professionals in science, architecture and music," said Mutter.

Mutter concluded by saying that she looks forward to returning to Trondheim to play in a concert as thanks for the honour. Read more about the violinist on her official website www.anne-sophie-mutter.de/me_index.php.