(11.10.2011) Middle-aged exercise buffs who might be discouraged by the effects of ageing on their overall fitness can take heart in research from NTNU's K.G. Jebsen Center of Exercise in Medicine. Activity is far more important than age in determining fitness levels – and an active 50-year-old can be every bit as fit as a sedentary 20-year-old, says Ulrik Wisloff, Jebsen Center director and principle investigator of the study.

The study shows that by increasing the intensity of your exercise, you can beat back the risk of metabolic syndrome, the troublesome set of risk factors that can predispose people to type 2 diabetes, stroke and cardiovascular problems.

"Physical condition is the most important factor in describing an individual's overall health, almost like a report card," says Stian Thoresen Aspenes, who was recently awarded his PhD by NTNU for his research conducted at the K.G. Jebsen Center. 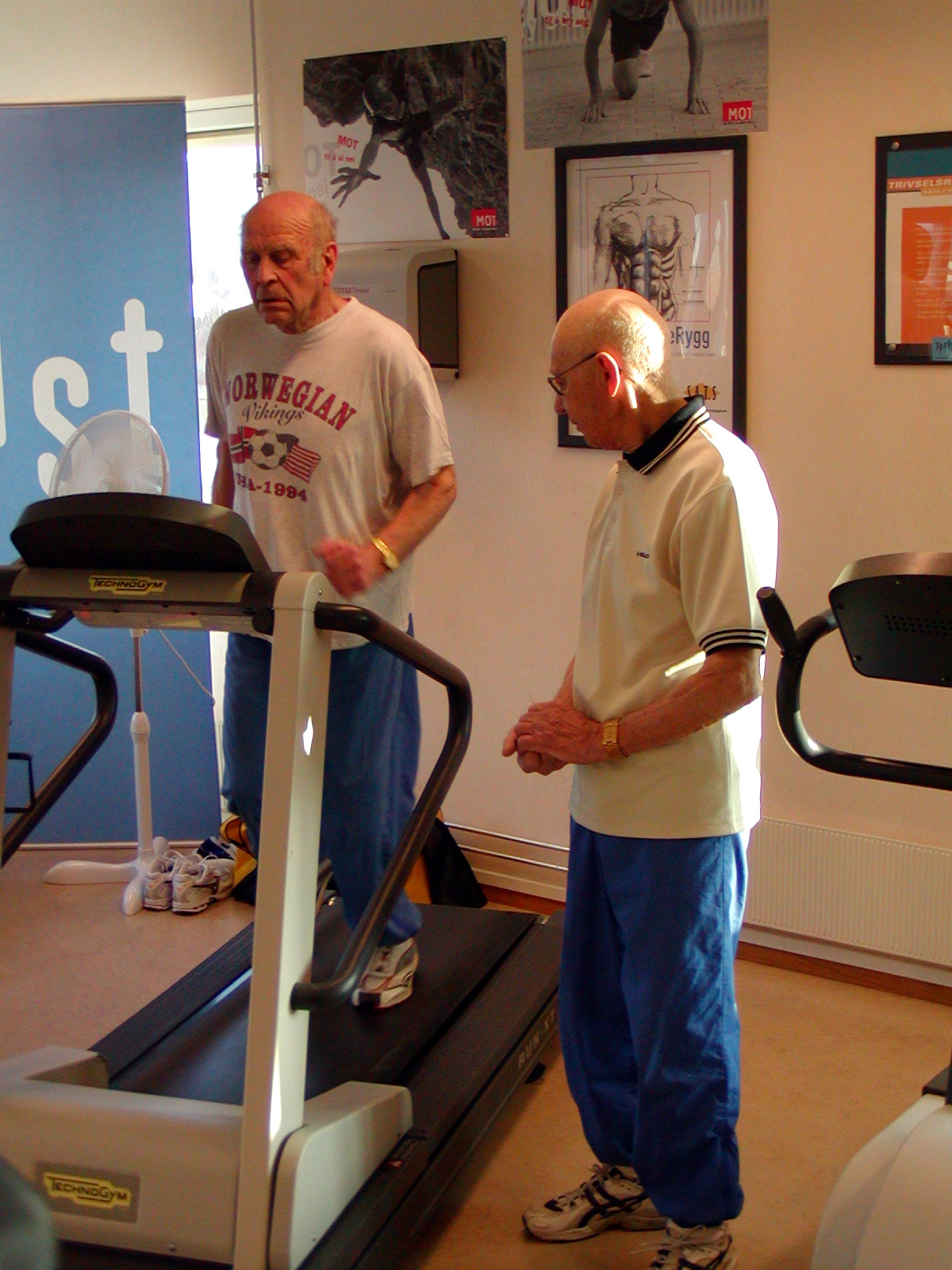 HUNT participants underwent laboratory tests in 2007-2008 to check their peak oxygen uptake, called VO2peak, which is used as a measure of overall fitness.  This collection of information represents the largest database in the world of objectively measured VO2peak in healthy men and women aged 20-90 years old.

The detailed information from the database enables researchers to compare measures of fitness with cardiovascular risk factors and other assessments of overall health, giving them the statistical power to confirm what previous studies have suggested – that youth isn't everything when it comes to being fit. Their data also show how those who were least fit also had the worst measures of cardiovascular health, such as higher blood pressures and higher cholesterol levels.

Age and fitness
The underpinnings of the K.G. Jebsen Center's research go back in time and far away in place, to Dallas in 1965, when researchers selected five healthy 20-year-olds to spend three weeks in bed, for what has become one of the most famous fitness studies of all, the Dallas Bed Rest and Training Study. Predictably, the five 20-year-olds lost fitness after their three weeks of bed rest – with their measure of maximum oxygen uptake, VO2 Max, dropping by a whopping 27 percent.  But it was what happened 30 years later, when researchers followed up on the study and retested these same men, which delivered the biggest surprise.

Time had not been so charitable to these men. On average, they had gained 23 kg, and their body fat percentage had doubled -- so they were far from fit. But when researchers tested their peak oxygen uptake, it had dropped by only 11 percent as compared to their 20-year-old healthy selves.

Intensity more important than duration
Research from the K.G. Jebsen Center goes well beyond the Dallas findings, and shows that fit 50-year olds can be as fit as 20-year olds who don't exercise much. But exercise – how much, and how intense – is the key to maintaining this fitness. When the Jebsen Center researchers looked at the importance of the intensity of exercise versus the duration, intensity was far more important than duration in determining peak oxygen uptake.

Cardiovascular risks
Exercise buffs will naturally be interested in the Jebsen Center's research, but their findings apply to anyone who wants to reduce their risk of cardiovascular disease.

For example, the researchers found that women whose fitness values were below the median VO2peak (<35.1 mL kg-1 min-1) were five times more likely to have a cluster of cardiovascular risk factors compared to those in the highest quartile of VO2peak (40.8 mL kg-1 min-1).

For men below the median (<44.2 mL kg-1 min-1), the risk was even higher – they were fully eight times more likely to have a cluster of cardiovascular risk factors compared to those in the highest quartile of VO2peak   (50.5 mL kg- 1 min-1). Even small differences in VO2peak were found to be associated with worsening cardiovascular risk profiles.

Keeping active is critical
The center's research shows that maintaining some level of physical activity is important. The benefit from having been active when young is small if you are inactive now. "Even if you were highly active at a young age, you have to keep being active to get the health benefits from it," says Professor Wisloff.

So how do K.G. Jebsen Center researchers stay fit, given all that they know? Many incorporate exercise into their daily routines. Aspenes – a 33-year-old father of three, with a full time job now at the Norwegian Directorate of Health – is lucky because he can ride his bicycle to and from work, which in hilly Trondheim, means that at least part of the ride is up some pretty steep hills. That's an advantage for interval training, he says, because "I ride like hell up the hills."