(27.04.2011) The Fridtjof Nansen Award for outstanding research in science and medicine in 2011 has been given to NTNU Professor Odd Magnus Faltinsen 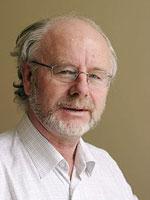 , of the Department of Marine Technology, for his work in marine hydrodynamics.

Faltinsen is an expert on the hydrodynamics of high-speed vessels and sloshing dynamics and has published three scholarly texts on these subjects. His work involves the development of theoretical and numerical methods for explaining how ships, high speed vehicles, and offshore structures behave in waves. A method he developed with two other researchers more than 40 years ago on estimating wave-induced movements and loads on ships is still in use today.

The Fridtjof Nansen Award is given annually to two researchers, one for outstanding research in science and medicine, and the other for research the humanities and social sciences. Each winner is awarded an NOK 150 000 prize, along with a medal and a diploma. An associated award of NOK 50 000 is made to a selected young researcher of the year. All three annual awards are made from the Nansen Fund and six associated funds.

The Nansen Prize can be awarded to Norwegian researchers or to researchers resident in Norway, who have provided scientific contributions of international significance at the very highest level. The prizes will be awarded at the Norwegian Academy of Science and Academy's Annual Meeting on 3 May 2011.

Fridtjof Nansen is perhaps Norway's most honored and respected explorer, scientist and diplomat. He was awarded the Nobel Peace Prize in 1922 for his extensive humanitarian aid efforts, but is probably best known in Norway for his first-ever crossing of the Greenland ice sheet in 1888, and his attempts to let ocean currents carry him to the North Pole by freezing his ship, the Fram, into the Arctic ice pack.

His adventures always had a scientific component -- the Fram expedition, for example, resulted in six volumes of meteorological, biological and oceanographic information and observations. Nansen himself was educated as a neuroscientist, but his subsequent oceanographic expeditions led to his appointment as a professor of oceanography at the University of Oslo.

The Fridtjof Nansen Fund (in Norwegian) for scientific advances was created with voluntary private contributions in 1897 after the return of the Fram in 1896. In subsequent years, it has been supplemented by 6 other private funds, but the goal of the Nansen Award has always been to recognize internationally significant research.