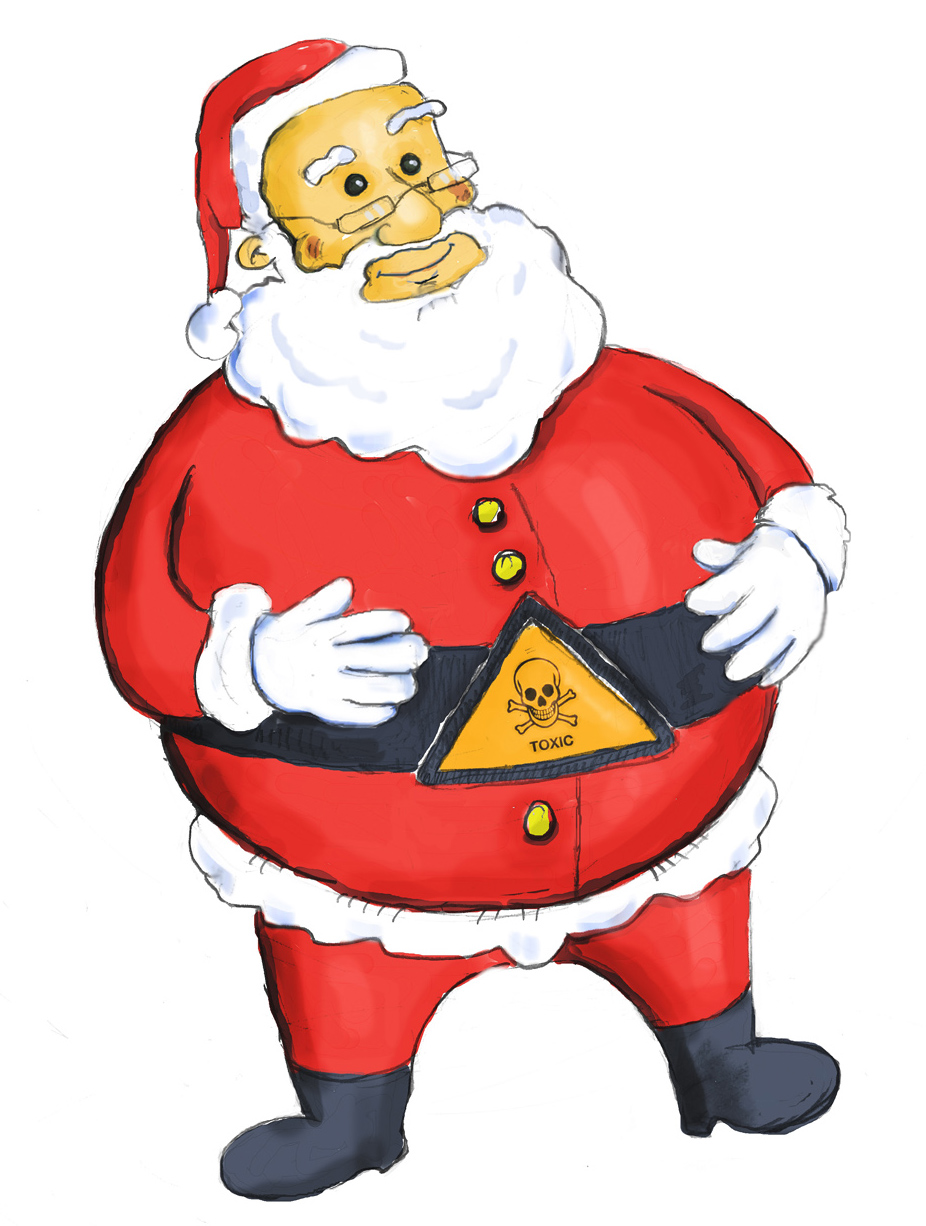 (06.12.2010) The exact location of Santa’s Workshop has long been kept secret, but one thing every child knows is that he lives somewhere up by the North Pole.  It’s a place that has seen great changes in recent years with melting sea ice and warmer summer temperatures attributed to global warming.

But climate change isn’t the only bad news facing the world’s favorite jolly old elf: research from the Norwegian University of Science and Technology (NTNU) shows that if he’s eating anything that lives in the Arctic, chances are that he himself is loaded with toxic chemicals.

In a series of recent publications, NTNU biologist and professor Bjørn Munro Jenssen and colleagues have reported high levels of contaminants in a range of Arctic animals and fish, including polar bears, ivory gulls and most recently, Greenland sled dogs.

A toxic soup over the Arctic
The Arctic seems like it should be pristine: Only a few smokestacks foul its frigid air, and just a handful of industrial plants discharge pollutants to its rivers and seas. But industrial pollutants from western Europe, North America and Asia are dispersed by the air and ocean currents, and are concentrated over the Arctic. These chemicals are taken up by the smallest plants and animals lowest on the food chain, and are “biomagnified” as you go higher up on the food chain.

That’s mainly why the 2500 or so polar bears that wander the remote Norwegian archipelago of Svalbard, only 1000 km from the North Pole, have some of the highest levels of toxic organic pollutants of any creature walking the planet, Jenssen and his colleagues have found.

Advice to Arctic Council
Jenssen and colleagues have been exploring the combined effects of pollutants and climate change in a large-scale research project called Bear Health, which was initiated in 2007 as a part of the International Polar Year.  The most recent results from this effort have been published as a part of the Arctic Monitoring and Assessment Programme, (www.amap.no), which provides scientific information about arctic pollutants and their effects to the eight countries that are members of the Arctic Council.

In an article entitled “Exposure and effects assessment of persistent organohalogen contaminants in arctic wildlife and fish,” (doi:10.1016/j.scitotenv.2009.10.038) published in the journal Science of the Total Environment earlier this year, researchers reported the presence of persistent organic pollutants such as PCBs and brominated flame retardants in the bodies of a wide range of arctic wildlife.

Three species of whales, polar bears, ringed seals, Stellar sea lions, walrus, mink and arctic fox were among the animals reported to contain high levels of these persistent organic pollutants.  However, East Greenland and Svalbard polar bears and Svalbard glaucous gulls were the only species directly found to show stress from the pollutants, but the researchers believe this is due to a lack of data, not a lack of effects.

Sledge dogs show thyroid effects
The most recent issue of the journal Ecotoxicology and Environmental Safety also features an article co-authored by Jenssen with a report on the effects of contaminants on Greenland sledge dogs. Research on the dogs helps researchers understand how animals that are high on the food chain, such as polar bears and other carnivores, might be affected by environmental contaminants.

Weight loss not a problem
But it’s not all doom and gloom for Santa Claus, says NTNU toxicologist Tore Syversen, from the university’s Faculty of Medicine. Should Santa decide to diet a bit – by eating less fatty contaminated foods, for example – he won’t have to worry about harmful health effects from the contaminants that are surely stored in his own fat, round belly. “Most people lose weight quite slowly, which enables the liver to cleanse the body of the substances released from body fat,” Syversen says.

“There is no research showing that dieting is dangerous for people who have accumulated toxic substances in their bodies,” Syversen says, adding that it is can be quite beneficial for most people to lose a little weight – and that certainly applies to Mr. Claus.

Polar bears have some of the highest levels of organic pollutants in their bodies of any animals on the planet.As part of their work in the Bear Health project, researchers are only now seeing decreases in the levels of PCBs in polar bear blood, even though the pollutant was banned in the 1970s. Photo: Jenny Bytingsvik NTNU/NP