Translators of a far-away time

Translators of a far-away time

(23.09.2011) Their two countries are hemispheres apart, but Norwegian and Argentinean archaeologists are using the similarities between their countries to compare early man's marine settlements.

Norway's rugged coast has perhaps no better analogue than the glacially scoured shoreline of Patagonia, 13,000 kilometres away and a hemisphere apart. Their similarities, isolated from each other, make the two locations perfect natural laboratories for archaeologists interested in how early man lived in and adapted to marine environments.

Archaeologists from the two countries involved in a cooperative project called "Marine Ventures" met in Norway this summer in search of clues to the past. 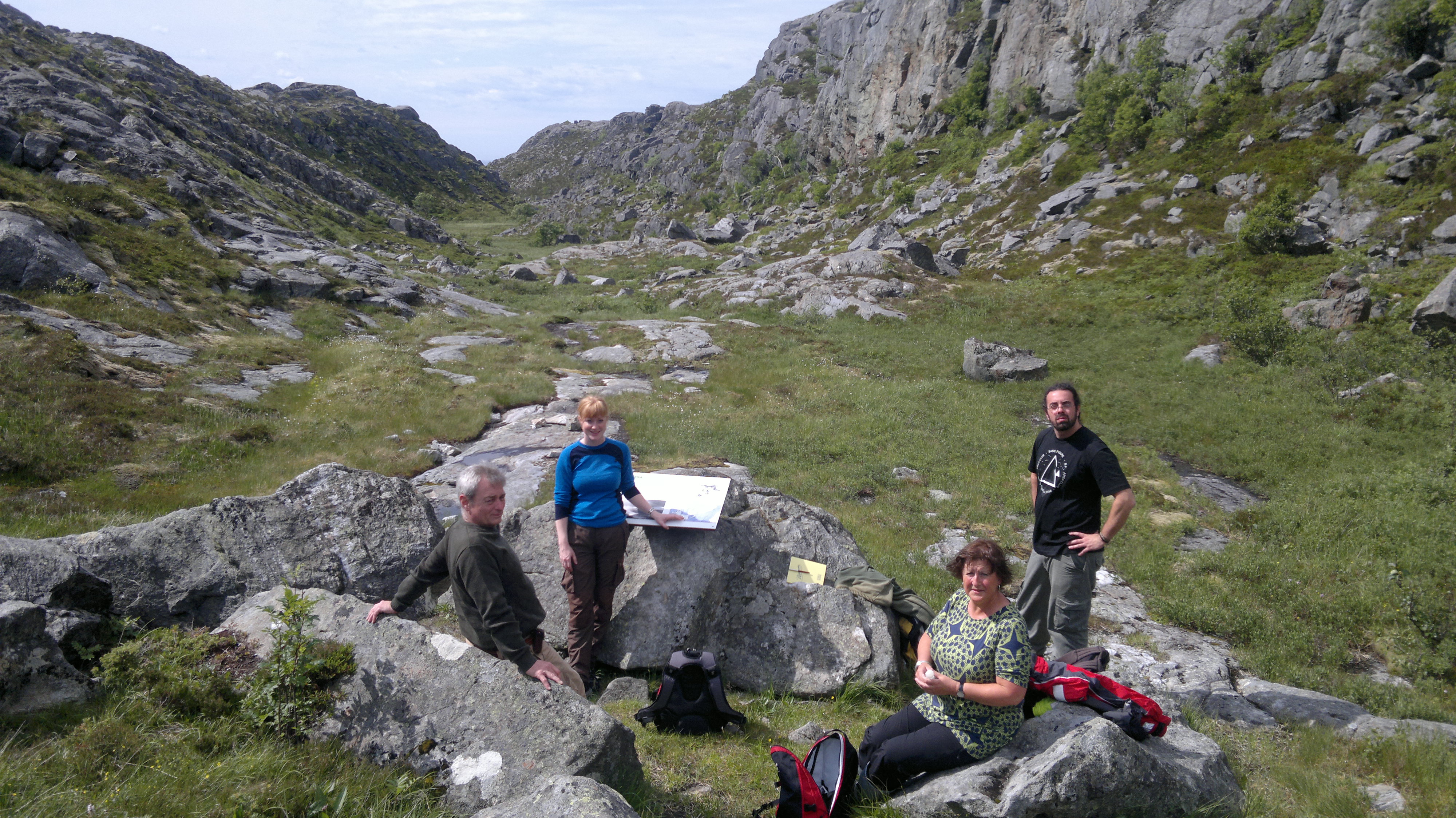 Worlds apart – but almost the same
"Our project, Marine Ventures, gives us a valued opportunity to explore similarities and differences in both landscapes and marine pioneers between the two countries," says Professor Hein Bjerck, from the Norwegian University of Science and Technology's (NTNU) Museum of Natural History and Archaeology in Trondheim.

His Argentinean colleague, Lic. Ernesto Piana from Centro Austral de Investigaciones Cientificies – CONICET in Ushiaia, Tierra del Fuego, says that the two research groups can build on each other's strengths. "As archaeologists, we are translators of what people did in the past," he says. "Now, in bringing our knowledge together, we can be better translators. We in Argentina have more experience with organic material, while here in Norway there's a greater understanding of landscapes. "

Locations in Norway, organic material in Patagonia
Bjerck notes that the coasts of the two countries are extremely similar because of their history of glaciation during the Pleistocene. In this region, early man had to be dedicated to the sea. Despite the similarities between the two countries, however, they have very different physical characteristics, which affects archaeological remains.

"The main difference is that we have 1000 known localities in Norway from the early Mesolithic era (9500-8000 BC), but we don't have any organic material," Bjerck says. "In Patagonia, however, they have few very early locations, but much more information on the sites: tools, organic material, and food remains, like seal and mussels."

"We're looking at 30 years of research on the Mesolithic period. Putting it all together, both the Norwegian and the Argentinean, gives us a broader perspective on the dynamics of early marine adaptations," Piana says.

Coastal landscapes
The glacial erosion of Patagonia and Scandinavia produced a characteristic coastal landscape with abundant skerries, islands, channels and fiords.
This seascape constitutes highly productive marine habitats – and sheltered seas that are optimal for maritime foragers.
"Tierra del Fuego is like a slightly sanded down version of Norway," says Piana.

Scientific advantages
Patagonia and Northern Norway are situated on different continents – thus excluding all kinds of cultural contacts prior to the European visitors during the Historical periods.

"This is one of the obvious scientific advantages that allows us to study how human beings have adapted to their environmental, material and social surroundings in two different, yet similar settings," the researchers say.

They note that the Norwegian record on adaptation to marine environments is solely archaeological, but this type of livelihood lasted in Patagonia until the European colonization of the region.

As such, there is written source material about how local people lived in these marine environments, as well as in their collective memory and identities.

The archaeological project "Marine Ventures" is a comparative assessment of human approaches to adaptation to seascapes of Tierra del Fuego and Norway, and is funded by the Research Council of Norway 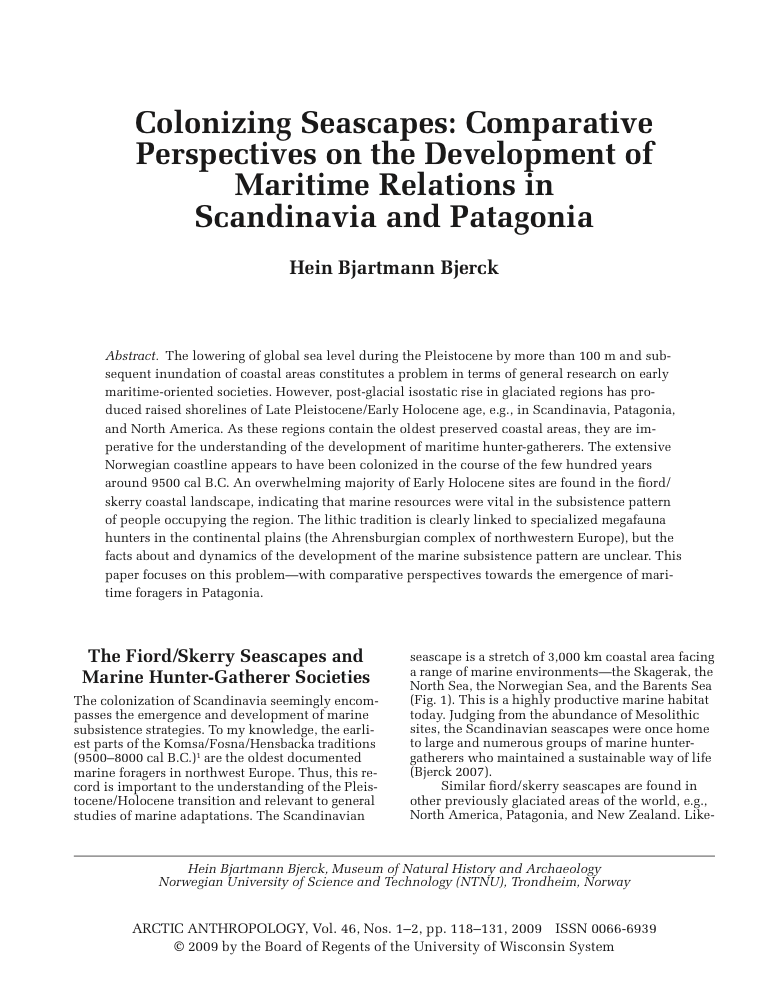 A 2009 article in Arctic Anthropology by Hein Bjerck provides additional information about early man in Scandinavia and Patagonia.