(30.05.2011) A winning combination of dedicated students and a top flight car, the DNV Fuel Fighter, brought a solid second place to NTNU's entry in the 27th Annual Shell Eco-Mar 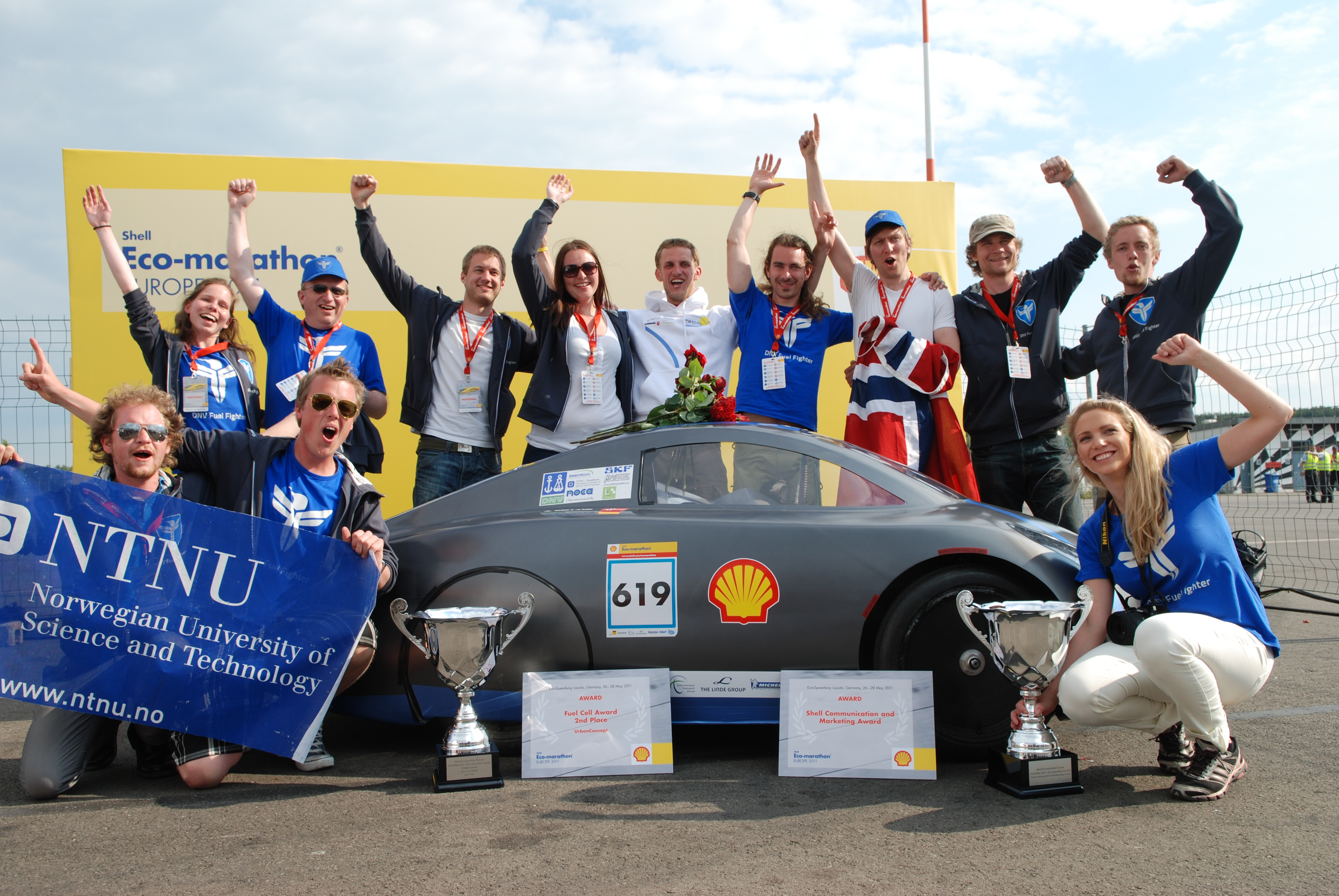 athon, an international competition designed to encourage today's students to develop cutting-edge designs for tomorrow's vehicles. The competition was held at the EuroSpeedway in Lausitz, Germany, from 26-28 May.

NTNU's team, led by Uwe Schindler from the university's Department of Industrial Economics and Technology Management, managed to travel 99 km/kwh with their hydrogen fuel cell car, which is the equivalent of travelling nearly 1,000 km using just 1 litre of petrol.

The NTNU team had high hopes of  breaking a previous record set by NTNU's 2009 version of the DNV Fuel Fighter, which in its year set a world record of travelling the equivalent of 1246 km on a single litre of petrol. That record still stands -- the winners of the class in which NTNU competed, the "Urban Concept" class, were a Dutch team that travelled 104 km/kwh, just slightly over NTNU's second place finish and not nearly enough to break the 2009 record.

NTNU team member Silje Owrenn also won the prestigeous Shell Communications and Marketing Award for her expert management of the team's communications strategy in Norway, which included coverage of the team's efforts in the Norwegian national media.

Overall, this year's competition attracted 3,000 competitors on 212 teams from 27 countries.

Master's thesis project
The 9 core students who participated in the project write a master's thesis about their work, which involves building the car, competing in the Shell Eco-Marathon, and writing a comprehensive report on the process. The remaining team members  work with design, PR and media, and sponsor contact. DNV (Det Norkse Veritas) is the team's main sponsor, and is the reason for the vehicle's name, DNV Fuel Fighter.

The Shell Eco-Marathon competition had its origins in a 1939 in an argument between employees of Shell Oil's research laboratory in Wood River, Illinois, as to whose car got better fuel mileage.