(08.02.2012) A unique runestone that is the first to mention "Norway" as a country and that documents the establishment of Christianity in Norway has been named to a list of world heritage documents of international importance.

The "Kuli Stone" is the oldest object to be included on the newly launched register of Norway's list of documents to be included in UNESCO's Memory of the World program. The program is an international register of documents that are seen as important aspects of our shared international heritage. The Norwegian version was launched on 8 February and lists documents that are especially important in Norway's history and to its cultural heritage.

The text on the Kuli Stone is the first known occurence and use of the term "Nóregi" – "Norway" - in the country it names.  The stone has additional importance as it also dates the establishment of Christianity in the country in a phrase that is often transcribed as "… twelve winters Christianity had been in Norway".

The Kuli Stone was originally raised on the island of Kuløy, outside Kristiansund on the Norway's northwestern coast. It is 1.90 meters tall, has a carved cross on one broad side, and two lines of runic inscriptions on one narrow side.

The runes have been written in the younger runic alphabet, which was in use about 800-1400 AD. Eighty runes are still visible, but breakage of the top of the stone suggests the text might have been longer.

The runestone came to what is now the NTNU Museum of Natural History and Archaeology in 1913. The runic inscription was all but invisible and forgotten until a chance discovery by curator Aslak Liestøl in 1956.

The Kuli Stone can be viewed in the museums' medieval exhibition. A copy of the stone has been erected at Kuløy, at the spot it is believed to have been placed originally. This makes it one of the more accessible objects on the new document register – in addition to being the oldest. 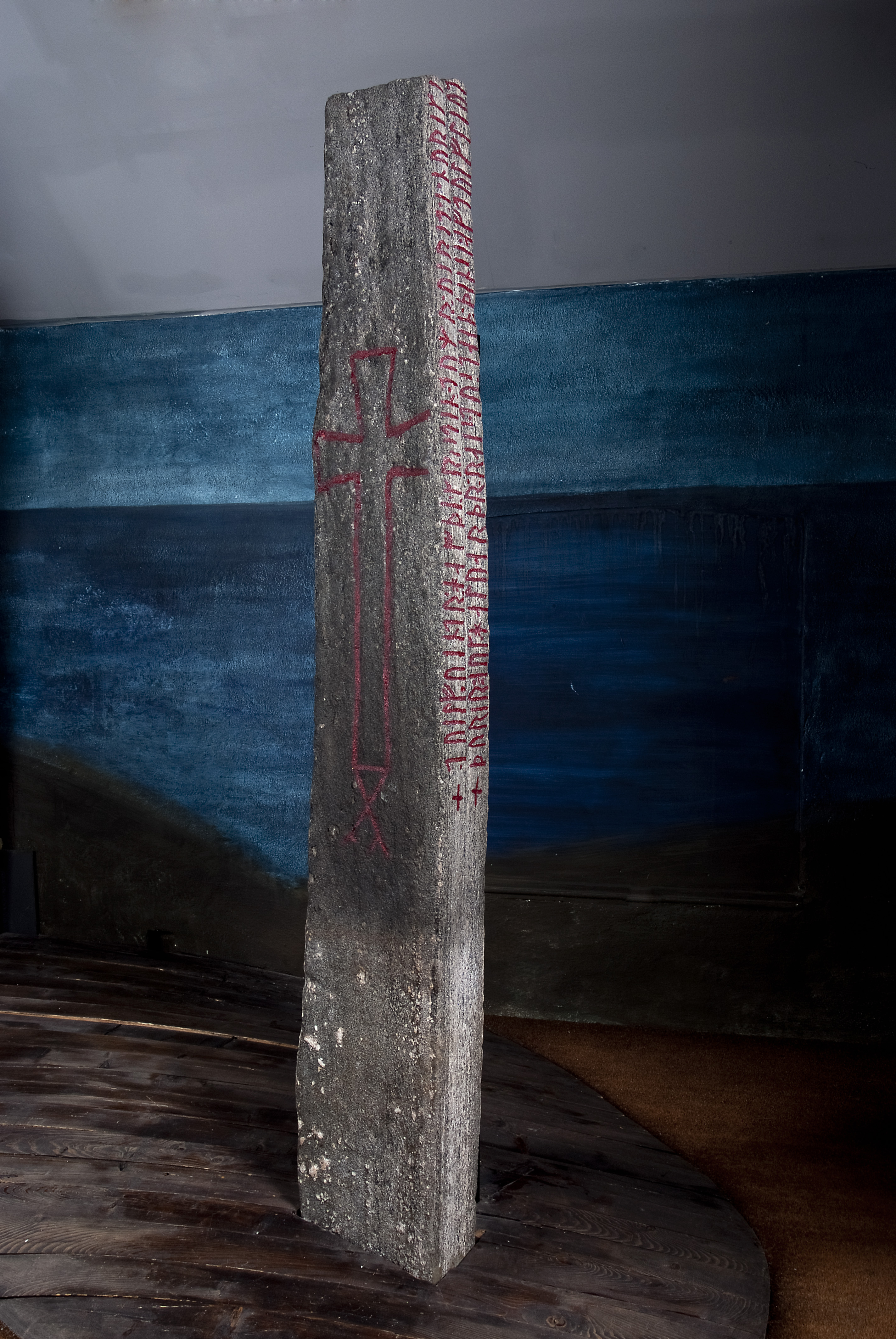 Visit the NTNU Museum of Natural History and Archaeology to see the Kuli Stone and other medieval artefacts.