(08.01.2012) The decade from 2000 to 2009 was the warmest since the initiation of worldwide climate measurements, and while localized studies have shown evidence of changes in mountain plant communities that reflect this warming trend, no study has yet taken a continental-scale view of the situation – until now.

With the publication of "Continent-wide response of mountain vegetation to climate change," as an Advance Online Publication (AOP) in Nature Climate Change on 8 January 2012, researchers fr 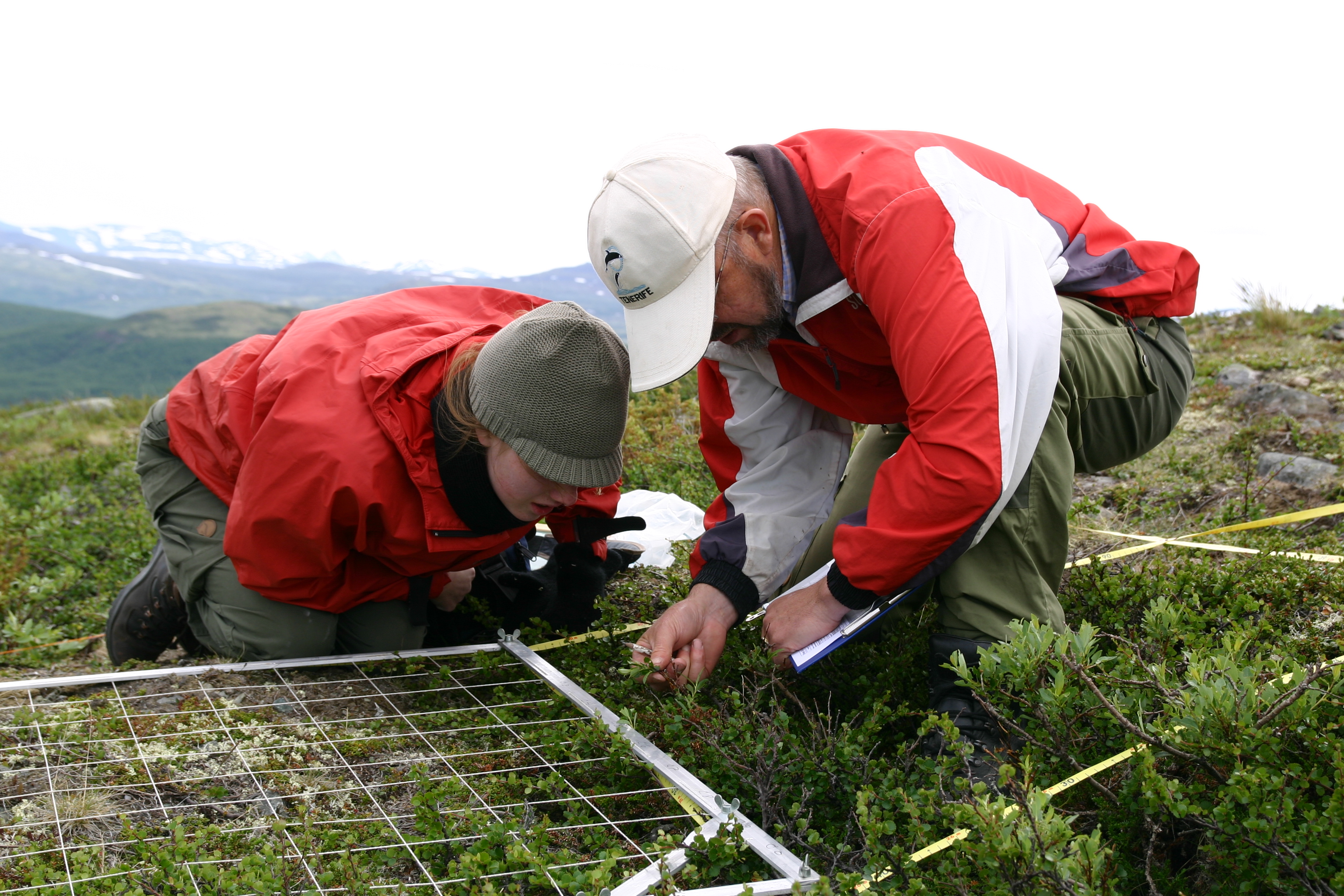 These results are "clearly significant," says Ottar Michelsen, a researcher at the Norwegian University of Science and Technology (NTNU) and one of the article's co-authors. "You can find studies that have shown an effect locally, and where researchers try to say something more globally, but in this case, when you have so many mountains in so many regions and can show an effect, that's a big thing."

60 sites, 17 mountain areas
The article describes the results of a comprehensive effort to measure plant community changes in the mountains over the whole of Europe, with nearly a decade of time between the sampling efforts.

Researchers looked at 60 summit sites and 867 vegetation samples from 17 mountain areas across Europe in 2001 and then revisited the mountain sample sites in 2008.  In Norway, a team of researchers including Michelsen and former NTNU researcher Bård Pedersen, now at the Norwegian Institute for Nature Research, studied mountain plots in the Dovre region in central Norway.

By comparing the vegetation found in the sample plots in 2001 and 2008, the researchers were able to see a clear shift in the species in the plots towards species that preferred warmer temperatures.

More specifically, the researchers assigned what they called an altitudinal rank to all 764 plant species included in the study. The rank reflects the temperature at which each species has its optimum performance. And because altitude and temperature are directly correlated in each mountain area (the higher your altitude in the mountains, in general, the colder it will be) the location on the mountain where a plant is found reflects its response to the actual temperature at that location.

Ranking the plant mix
By summing the altitudinal ranks for the species in the plots, the researchers then used a mathematical formula to give each plot a "thermic vegetation indicator". The indicator was calculated for each plot for 2001 and 2008, and the change in the indicator over the 7 years between sample periods showed researchers whether the mix of plants in each plot had stayed the same or shifted on average to plant types that preferred either colder or warmer temperatures.

They then combined the data for the 17 mountain areas for the two time periods to get a continental-scale view of what kind of larger changes, if any, might be underway.

"The transformation of plant communities on a continental scale within less than a decade can be considered a rapid ecosystem response to ongoing climate warming," the researchers wrote. "Although the signal is not statistically significant for single mountain regions, it is clearly significant when data throughout Europe are pooled."

The finding is significant both because the shift in plant communities could be clearly detected over time, but also because it suggests that plants adapted to colder temperatures that are now found in alpine plant communities will be subject to more competition, which "may lead to declines or even local disappearance of alpine plant species," the researchers note. "In fact, declines of extreme high-altitude species at their lower range margins have recently been observed in the Alps."

While the Nature Climate Change paper reports on European results, the overall effort is a part of a worldwide monitoring programme being coordinated out of the University of Vienna, Austria that extends over more than 90 mountain sites on 5 continents. The monitoring programme is called GLORIA, or the Global Observation Research Initiative in Alpine Environments. University of Vienna researchers and GLORIA coordinators Michael Gottfried and Harald Pauli are the paper's lead authors.

Want to read more? Click on the image below: 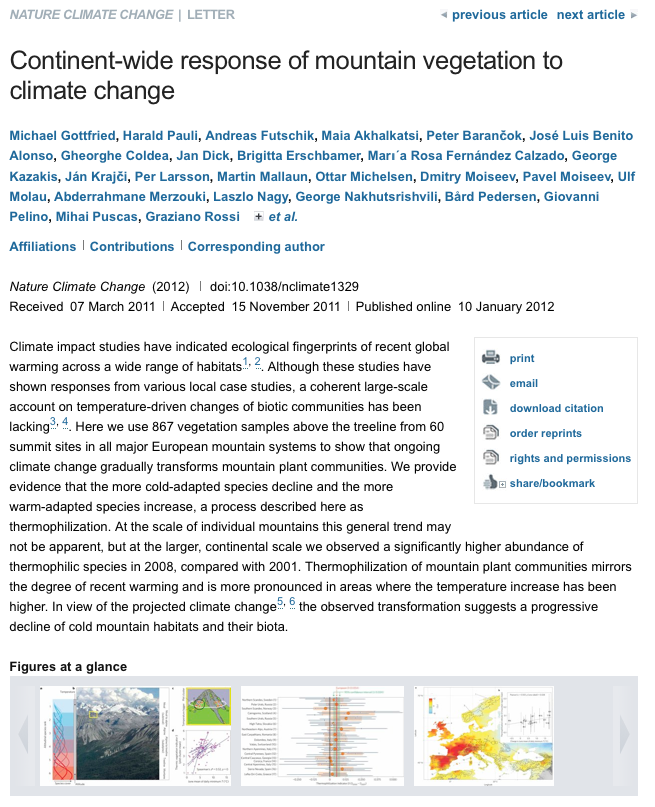