(04.10.2011) The internationally renowned violin virtuoso Anne-Sophie Mutter and the composer and pianist André Previn have an artistic partnership that spans nearly a decade.  Now, Previn is at work on a new composition for Mutter and the Trondheim Soloists, which will have its world premiere at the Trondheim Chamber Music Festival in Norway on 23 September 2012. 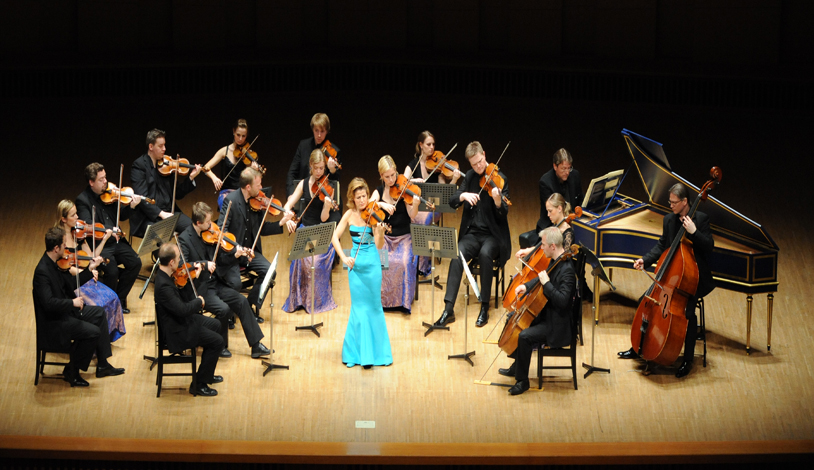 In 2010, Mutter was awarded the Doctor Honoris Causa by NTNU in recognition of her long standing relationship with the Trondheim Soloists and the university. The award was especially significant because it was made on the occasion of the university's centennial celebration.

"Anne Sophie Mutter is a terrific ambassador for all of the values that NTNU stands for: international excellence, global reach, top quality and engagement in the world," said Torbjørn Digernes, NTNU Rector. "I look forward to welcoming her to Trondheim, and to actually giving her the honorary doctorate that she was awarded last year during our centennial celebration."

The composition being written by Previn has been commissioned by the Trondheim Chamber Music Festival and the Trondheim Soloists, in cooperation with NTNU. Tickets for the world premiere are now on sale.

Both Mutter and Previn have a special relationship with Trondheim and Norway. Mutter has worked with the Trondheim Soloists for a number of years, with their joint recording of Vivaldi's Four Seasons with Deutsche Grammophon in 1999 garnering international recognition, including the Amadeus Music Award 2000 and Golden Harmony Award 2000. The Trondheim Soloists and Mutter also released a recording of Bach violin concertos in 2008 and have toured together internationally.

Previn's career as a pianist, composer and conductor spans nearly seven decades, and his work with Mutter has won widespread praise. He served as director of the Oslo Philharmonic Orchestra (the Oslo Filharmonie) from 2002-2006 and has previously written four world premiere works specifically for Mutter. Previn's work has won several Grammy awards for recordings, including the CD of his violin concerto "Anne-Sophie" and Bernstein's Serenade featuring Mutter together with the Boston and London Symphony orchestras.