Many freshwater insects and arachnids are important indicators for environmental change. In particular species rich groups, such as water mites, biting- and non-biting midges have great potential in monitoring and assessment of water quality, but they are rarely used due to challenging taxonomies and time-consuming identification.

Moreover, many water mite and midge species have interesting biology and influence each other’s life history in several stages. As an example: Larvae of water mites are parasites on aquatic insects, quite frequently on non-biting midges. With Water M&M we aim to revise and improve the knowledge of Norwegian water mites, chironomids and ceratopogonids through targeted sampling in southern Norway. We will DNA barcode all sampled species, have close collaboration with other research- and biosurveillance projects, ensure knowledge transfer from international specialists, and conduct targeted outreach towards schools and the general public. This way, our project will contribute to increased precision in future assessments and biological monitoring of water bodies through DNA metabarcoding.

The project is funded by the Norwegian Taxonomy Initiative. 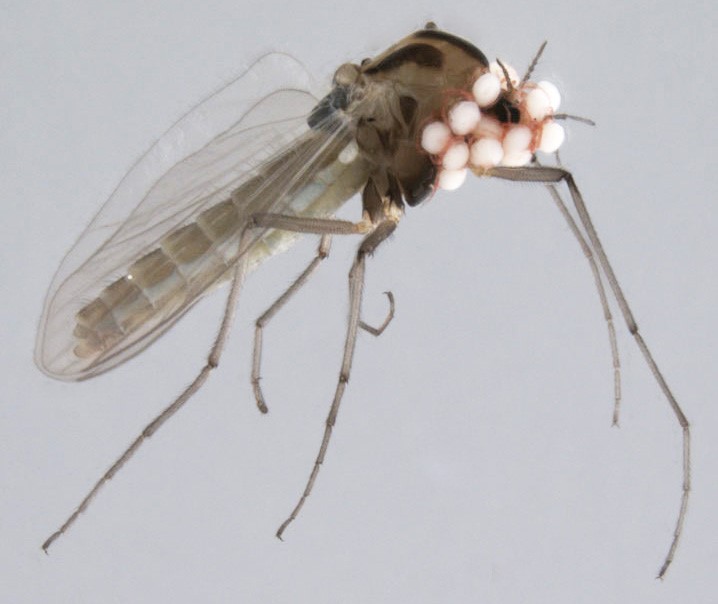 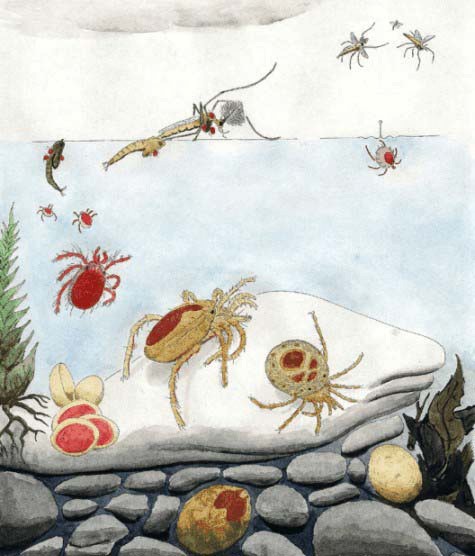 Freshwater mites within the order Trombidiformes, and biting- and non-biting midges (Diptera: Ceratopogonidae and Chironomidae) are all diverse groups that share many of the same habitats. Water mites are poorly known in Norway and given status 2 in the recent knowledge report on Norwegian species diversity; the same is true for both taxonomy and ecology of ceratopogonids and distribution and ecology of chironomids (Elven & Søli 2016). While the distribution and taxonomy of chironomids in Norway is regarded slightly better known (level 3), the knowledge of ceratopogonid distribution is considered poorer (level 1). Recent publications and own observations on the two midge families show that there is a number of species still to be recorded from Norway, including species new to science. 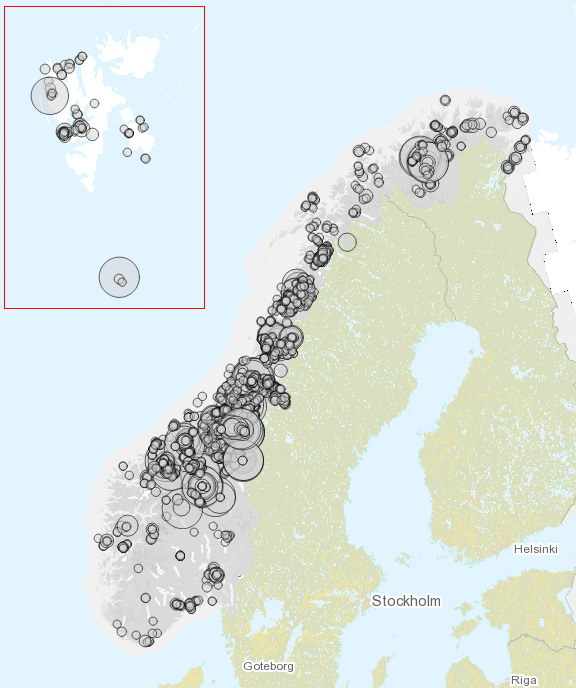 One hundred and sixty-four water mite species have been recorded from Norway, but no estimates of the true diversity were provided by Elven & Søli (2016). The known number of species is in the same magnitude as for Finland (148 species), but is considerably lower than reported from Sweden, a country of comparable size and latitude. There, about 230 species are reported. Thus, we estimate that there are more than 200 water mite species in Norway. While there are 124 ceratopogonid and 625 chironomid species recorded from Norway (Artsnavnebasen March, 2018), the estimated diversity is 550 and 650 species respectively.

The main goal of this project is to revise the knowledge of Norwegian water mites, biting- and non-biting midges, and provide geo-referenced, vouchered collections of Norwegian species.

Specifically, the project aims to meet these sub-goals:

More about the study organisms

Freshwater mites have a fascinating life cycle. Preadult stages include a larval stage parasitic on adult (rarely larval) freshwater insects, in general showing the same prey preference as adults. At species level, populations of the same species may prefer different host species in different parts of their distribution area. As a general rule, representatives of early derivative clades prefer hosts belonging to a wider range of insect orders (in extreme cases, larvae of a single species parasitize on heteropterans, coleopterans, dipterans, and even trombidiform mites. More derivative mites are generally specialized to insects of a selected order or family. Non-biting midges are by far the most important hosts of the parasitic larval stage of water mites. Recent research has produced evidence that also adult ceratopogonids are frequently parasitized by water mites, at least in spring habitats. As all other developmental stages (including eggs) are sensitive to drought, geographic dispersal and gene flow is guaranteed only through the larval stage. Attached to flying insects, they may reach new suitable habitats, even on oceanic islands. Adults are predators on freshwater invertebrates, often with a preference for eggs and larval stages of their larval host species. These particular adaptations and their close relationship to the invertebrate community allow water mites to occupy a wide variety of ecological niches. As a consequence they develop species rich communities also in habitats extremely restricted in size. Of particular interest is the adaptation of numerous species to the groundwater/surface water interface, and the existence of more crenobiont species than in any other group of animals. The described biological properties explain the great, often neglected, potential of freshwater mites for ecological evaluation and biomonitoring.

Water mites are often conspicuous due to bright colours, as a difference to most other aquatic invertebrates. This fact is explained by their defense gland system. As in wasps, colours are advertisement to potential predators, and most fish learn early in their life that mites taste disgusting. 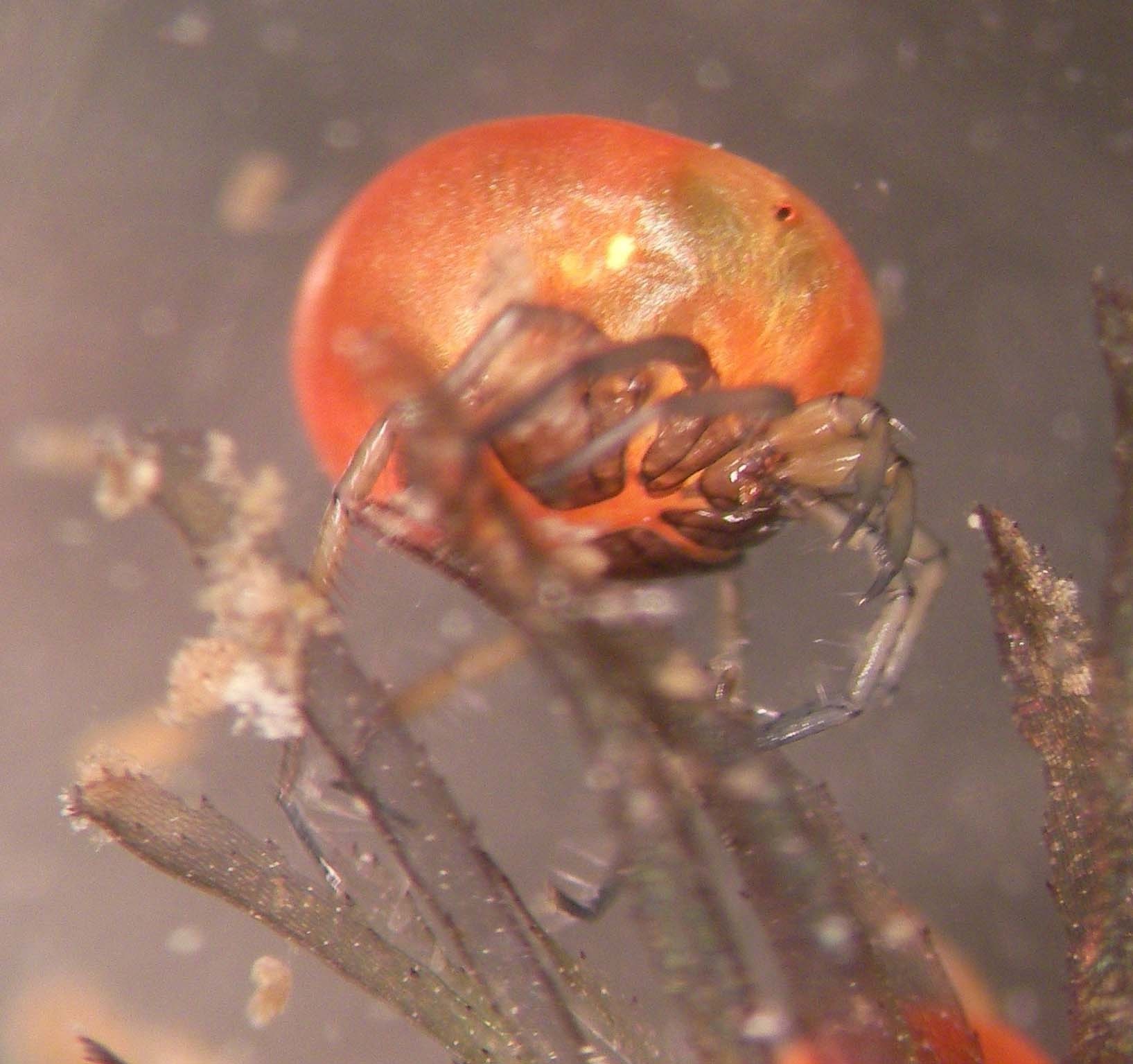 The family Chironomidae (Diptera) is taxonomically well defined and, at preadult stages, one of the most abundant and species rich insect groups in freshwater ecosystems. There are more than 6500 species described worldwide (P. Ashe pers comm.), but estimates indicate that there must be 10-15 000 species. Although species with terrestrial and marine immature stages exist, the most taxa have larvae in ponds, rivers, streams, lakes, springs and mires. Thus, the group has a great potential as environmental indicators in monitoring and assessments, especially when DNA barcoding becomes an established method for species identification. There are slightly more than 600 species of non-biting species registered in Norway, and Elven & Søli (2016) estimate a total of 650 species. However, through our experience with DNA barcoding of Norwegian chironomids, and participation in previous inventory projects in northern, central and eastern Norway, we expect this number to be closer to 800. This includes numerous species new to science, of which only a few so far have been published. The number of georeferenced chironomid records is particularly poor in southern Norway. Thus, the reported chironomid diversity in the region we suggest to survey in this project is extremely poor compared to what is expected. At the same time, southern Norway is likely host continental species that are not found in other parts of the country. 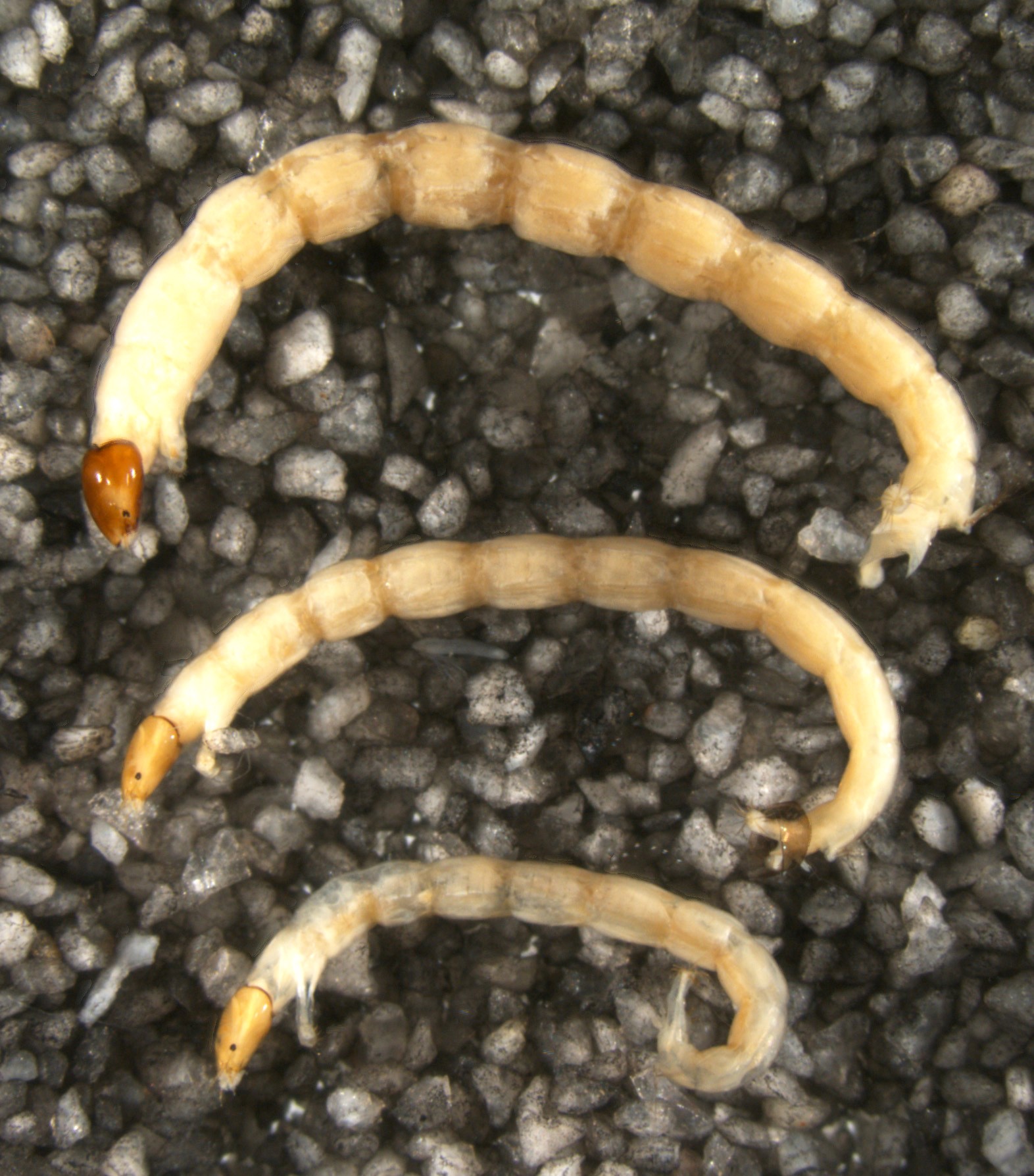 The biting midges (Diptera, Ceratopogonidae) are small nematocerous flies, and one of the most diverse families of Diptera. Although they are known from every continent except Antarctica, and present in various habitats ranged from coastal areas to high mountains (up to 4000 m.a.s.l), our knowledge on their taxonomy and geographical distribution is unsatisfactory. Moreover, because of their small size and fragile nature, biting midges are usually poorly represented in collections, and the taxonomic position of many nominal species is still unresolved. In Norway as few as 110 species have been reported to date, and among them only 11 valid species have their locus typicus here. It is remarkable that a lot of reported species are known only from single localities and that large areas of the country still remain poorly explored. World-wide, most of the recent studies on Ceratopogonidae have focused on bloodsucking species of Culicoides, and the same research trend is also observed in Norway. With the exception of Forcipomyia, Dasyhelea and Brachypogon, other non-haematophagous biting midges are largely neglected and information on their taxonomy and distribution is far from satisfactory.

The immatures of ceratopogonids live in a wide range of aquatic, semiaquatic and true terrestrial habitats. The larvae inhabit puddles, lakes, springs, rivers, swamps, peat-bogs, phytotelmata and moist soil. Some species breed in sap oozing from trees, rotting plants and ephemeral rock pools, while other are reported from saline soil or water of inland saline habitats and intertidal zone of seas. Larvae feed on algae, fungi and detritus, but some species are also predators at this stage and prey on protozoans, rotifers, nematodes, annelids, caddisflies, chironomid and mosquito larvae. Adults are usually found in or near breeding sites, for example among shrubs or herbs, and on flowers. Males of all biting midge species feed exclusively on sugar and water from nectar and honeydew. Some species are pollinivorous and obtain protein from pollen. Females of other biting midges sometimes supplement their diet with nectar, but normally they need protein-rich meal for egg maturation.

Bloodsucking ceratopogonids are annoying biters of humans and of wild and domestic animals, and are often considered serious pests, especially in coastal habitats and montane regions. Haematophagous biting midges have been found as vectors of 66 viruses, 15 species of protozoan parasites and 26 species of filarial nematodes. 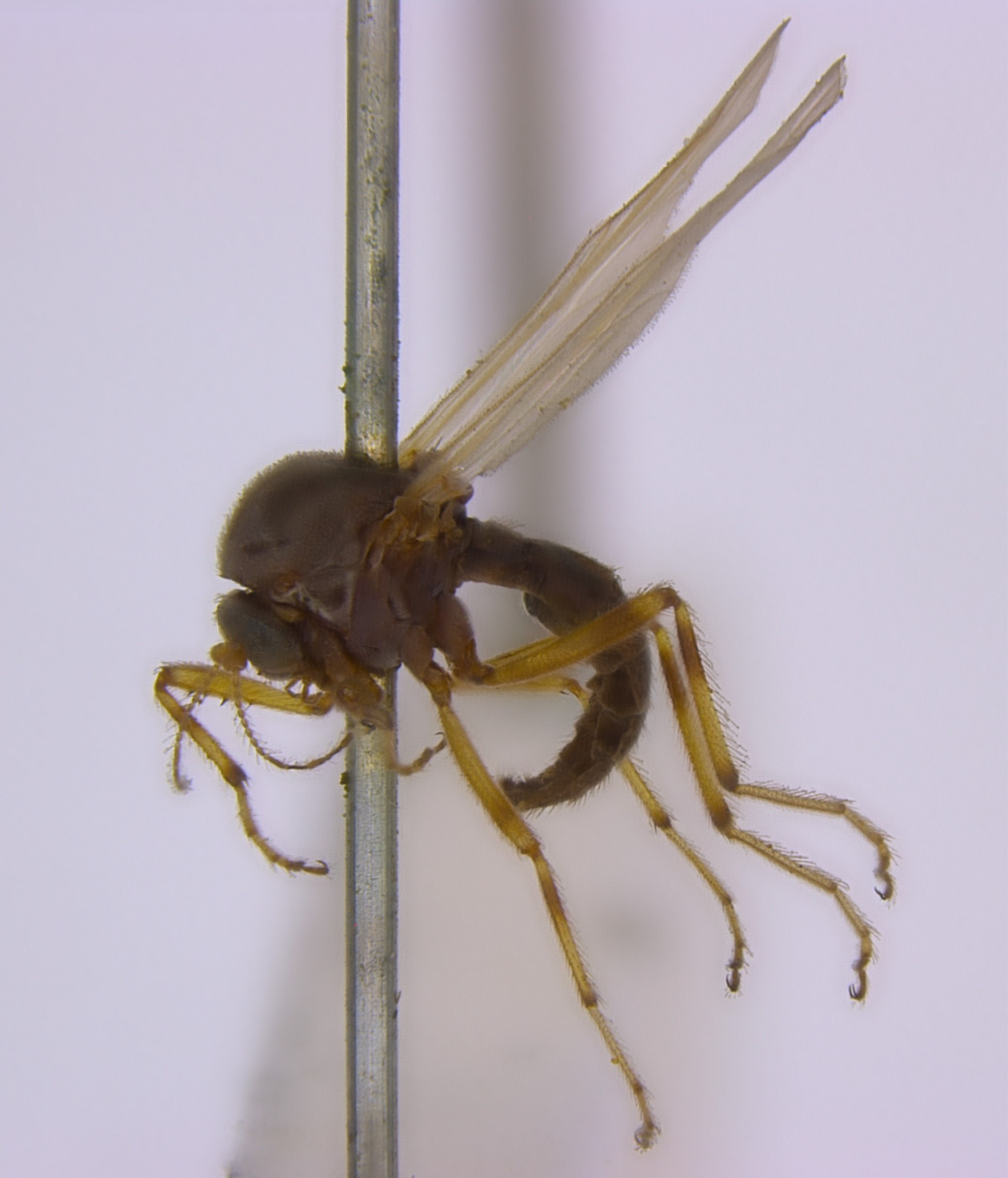