The History of the Gunnerus Library - UB

The History of the Gunnerus Library

DKNVS - The Royal Norwegian Society of Sciences and Letters

Founded in 1760 as Det Trondhiemske Selskab [the Trondheim Society], the institution was named Det Kongelige Norske Videnskabers Selskab [The Royal Norwegian Society of Sciences and Letters] when it received royal recognition in 1767. The Society’s first librarian was appointed in 1768, and this year is regarded as the library's year of foundation. The statutes for the Society state that anyone elected as a member either had to pay 10 rix dollars to be used for purchasing books or had to donate 2 books. This made it possible to start building up a collection of books.

Over time the Society succeeded in establishing a scientific library, mainly for the use of its members, but also available to the enlightened public. Large bequests were received over the years, and collections of books were purchased. These included the collections of Gerhard Schøning, rector of the Trondheim Cathedral School and later a professor at the Sorø Academy; Christopher Hammer, generalkonduktør (surveyor general) in Hadeland; the merchant Broder Lysholm Knudtzon; the lawyer and civil servant Thorvald Boeck; and Nils Vold.

The founders of the Society, Bishop Johan Ernst Gunnerus, Rector Gerhard Schøning and the Danish historian Peter Fr. Suhm were strongly influenced by the ideas of the Age of Enlightenment. Collecting plants, animals and minerals was at the heart of the Society’s activities, but the three friends also published a variety of journal articles.

Originally the Society was dedicated to general science, but a reform in 1874 placed greater emphasis on the museum's activities. At the same time, priority was given to purchasing literature on the subjects of botany, zoology, archaeology and history.

A radical transformation took place in 1926. The Society’s organizational structure was divided into a museum and an academy, the latter with the same functions as the original Society. The museum, with its collections and library, became the research institution, while the rest of the society functioned as an academy for elected members, as it had in 1760. In 1939, the library was granted the right to claim a copy of publications printed in Norway. In 1989, this was converted into a legal deposit system. 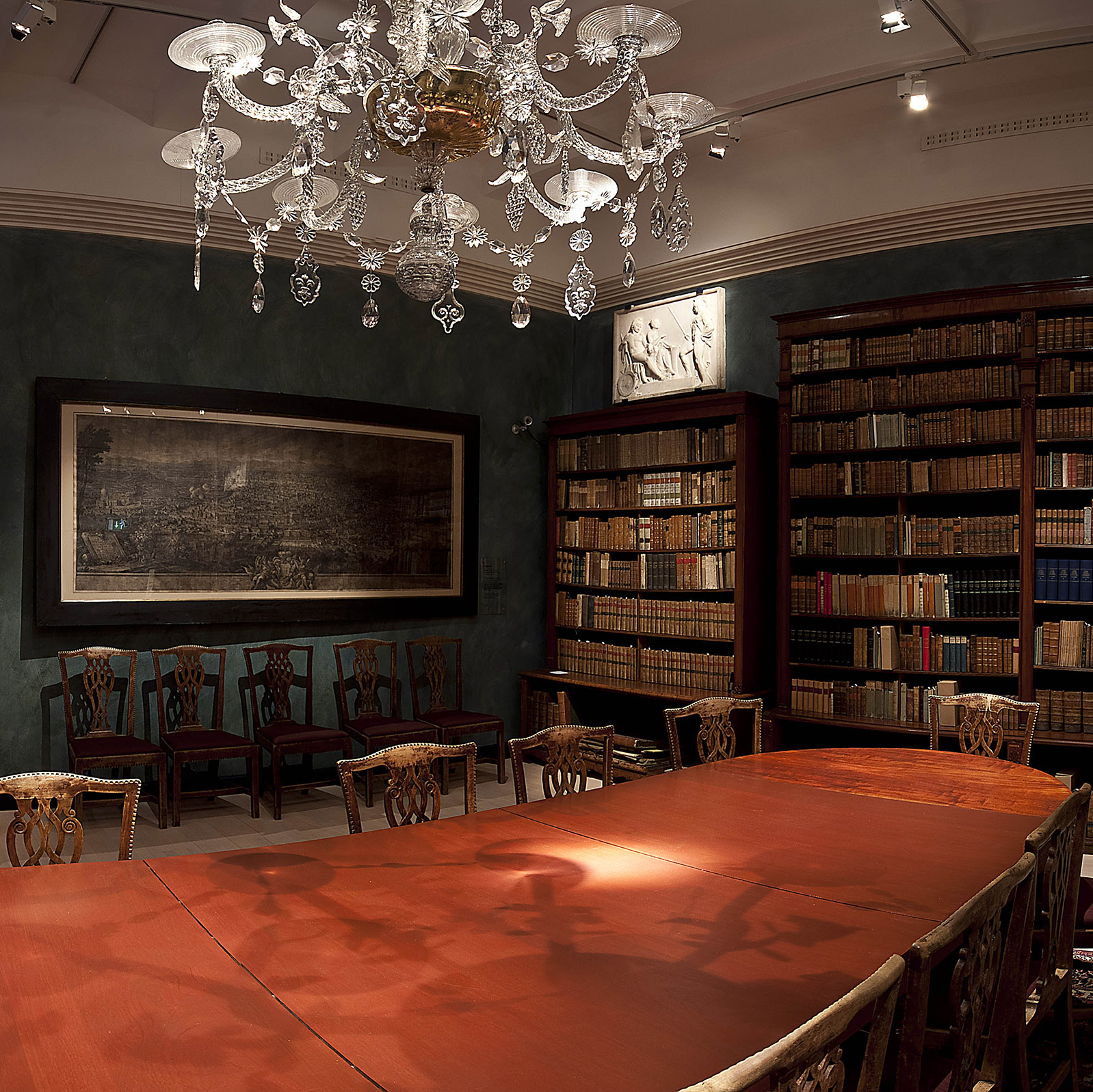 The photo showes Knudtzonsalen. Visit by appointment only.
Video about the Knudtsonsalen.

The Knudtzon room visit has to be scheduled in advance. Please send an e-mail to The Gunnerus Library.