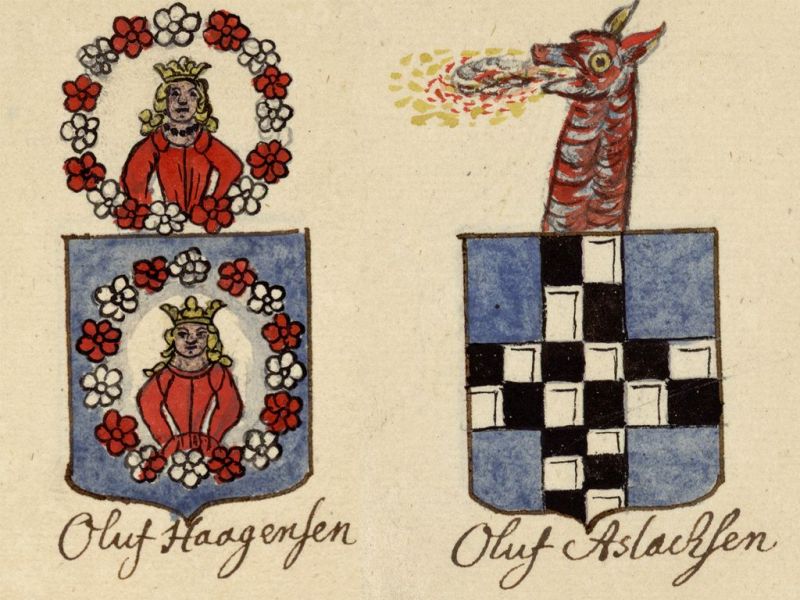 Heraldry is the study of coats of arms. A family crest, or coat of arms is an heraldic visual design on an colourful escutcheon (i.e., shield), surcoat, or tabard.[1] They have been in use by European nobility, citizens and farmers as early as the 12th century and had a juridical meaning and an important recognition value. The first recored use of coats of arms in Norway was during the late Middle Ages. 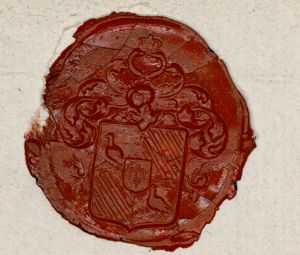 The Gunnerus Library houses a big collection of heraldic literature. The archives include letters and manuscripts with impressed seals bearing these coats of arms. Seals are imprints of stamps or wax seals on an envelope. These letters and manuscripts show the connections which the Royal Norwegian Society of Sciences and Letters had in Norway and abroad.

The book Segl i Universitetsbiblioteket i Trondheim (Seals in the University Library in Trondheim / Harald Nissen and Monica Aase (e-book)) was published in 1990 and is a catalogue featuring about 1100 seals. It is the result of a systematic study of all handwritten material in the library collection. The library’s oldest seal is from the 16th century. Examined Collections are The Collection of manuscripts, the Manuscripts of Christopher Hammer, the Collection of letters, the Archives of the Royal Norwegian Society of Sciences and Letters, along with some private archives and a small collection of loose seals.

In addition, the library boasts a collection of diplomas and old letters bearing seals from 1329-1660. These seals are often attached to letter house marks. These house marks were book-plates which consist typically of simple lines, and were considered a mark of property. They often were inherited, passed on from one generation to the next. Some of these diplomas and seals will soon be available online at our database, gunnerus.no.

Opening hours - the reading room for the Special Collections