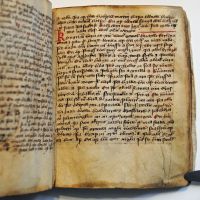 Manuscripts are documents written by hand. The Gunnerus Library has original manuscripts written by famous people such as Henrik Wergeland and Bjørnstjerne Bjørnson, by members of the Royal Norwegian Society of Sciences and Letters, handwritten letters and travel writing. The Dora Library has 97 manuscripts (as at 2015).

Some of the manuscripts have been digitised, with open access to the digital versions via links from Oria. 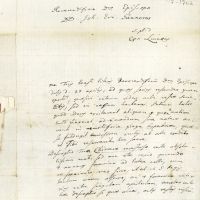 The collection consists of letters originating from two collections: 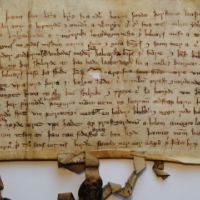 The medieval deeds and fragments are among the oldest artefacts in the Gunnerus Library.

Deeds are generally handwritten agreements between two or more parties, written on parchment or paper. They may concern financial or legal matters such as criminal offences, inheritance or the sale of property.

Fragments are the (predominantly) medieval remains of destroyed or rebound bookbindings; often reused as structural fillers or covers in post-Reformation books. Some medieval fragments contain neumes – a system of musical notation.

Article on deeds and fragments (in Norwegian)

Database of fragments at the University Library in Bergen

Other days: visit by appointment

Opening hours - the reading room for the Special Collections

The Special Collections at the Gunnerus Library is closed until further notice due to infection situation and the lack of ventilation system.