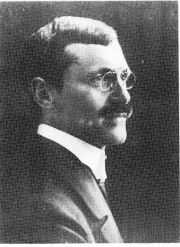 Riiber, who was educated at the University of Oslo, had been working with industrial research for many years. He had been leading the chemical part of Birkeland-Eydes efforts to convert atmospheric nitrogen to a useful form. He developed new methods for production of soda, hypochlorite and other bleaches, and he was also the founder of the company A/S Sodium, which had the plans to build a new factory in Trondheim were these chemicals would be produced.

The company had a share capital of 3 million NOK and bought an old building in Ilsvika from Norsk Alkali A/S. However, the difficult economy in the 1920-ties leaded to the closure of A/S Sodium in 1932. Riiber then went back to the basic research, working with optical resolution of threo- and erythro-3-phenyl-2,3-dihydroxy propanoic acid, (Berichte 48, 823-830, 1915, 50, 893-897,1917) and with all of the isomers of bromo-hydroxy-3-phenyl propanoic acid (Berichte 54, 1945-1960, 1921). Endre Berner, one of Riibers co-workers, who later received a professorship at the University of Oslo, was co-author of the last two publications. Claus Nissen Riiber died in 1936. 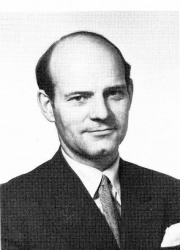 Nils Andreas Sørensen was awarded the professorship in organic chemistry after Riiber in 1939. Sørensen studied for his Dr. Techn. degree in 1937, following studies of colour pigments of marine organisms and with mutarotation of carbohydrates. The year from 1937-38 Sørensen was working with professor Richard Kuhn in Heidelberg with studies of the colour pigment in lobster, astaxanthin. Kuhn was awarded the Nobel price in chemistry in 1938 for his work with carotenoids and vitamins. Sørensen was through all his research career interested in natural product chemistry and became famous for his studies of acetylenic compounds in the Compositae family.

Torger Brun was also a natural product chemist who was employed as a lecturer at the Organic chemistry department. His research was studies of terpenoids in lichen. The natural product chemistry was continued by professor Synnøve Liaaen Jensen (carotenoids), the assistant professors Thorleif Anthonsen (terpenoids and carbohydrates) and Helge Kjøsen (carotenoids). In the mid-1970's Vernon Parker (USA), working with reaction mechanisms in synthetic organic reactions, was awarded the professorship in organic chemistry when Sørensen retired. Later Jan Magnus Bakke and Per H. J. Carlsen, both synthetic organic chemists, were employed. Parker left Norway late in the 1980's.

NTNU was established in 1999 following the merger of NTH and AVH (Den Allmennvitenskapelige Høgskolen). The activity in organic chemistry within both these institutes is now organized under the Department of Chemistry under the Faculty of Natural Sciences and Technology. The research is based on a variety of topics within synthetic organic chemistry.