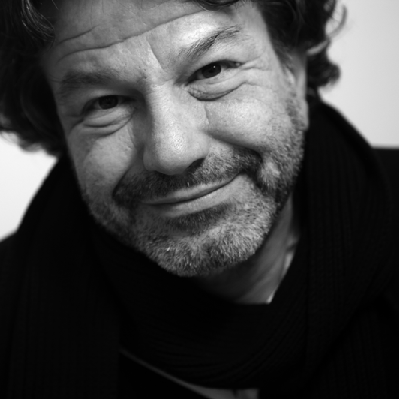 Florian Schneider is Professor for art theory and documentary practices at Trondheim Academy of Fine Art within the Faculty of Architecture and Fine Art at the Norwegian University of Science and Technology (NTNU).

Florian Schneider is a filmmaker, writer, and curator. His work is investigating the border crossings between mainstream and independent media, art and activism, theory and open source technology, documentary practices and new forms of curating.

Educated as a documentary filmmaker, he has been engaged in a revaluation of documentary practices across disciplines: Starting with essayistic documentary films on 16mm, he has produced and directed a number of television programs for the german-french TV station arte.
Setting up internet servers since 1993 he has pioneered a wide range of internet projects under the umbrella of KEIN.ORG -- most prominently Dictionary of War.
In the context of “Hybrid workspace” at documenta X in 1997 he has initiated the campaign kein mensch ist illegal (no one is illegal). He has contributed to the various follow-up projects while constantly reflecting on the critical relationships between art and activism through his writings and presentations, as well as by experimenting with ever new forms and formats of networked and ad-hoc documentation.
In 2006 he started the artistic research project Imaginary property which operates at the intersections of an ongoing propertization of images and the seemingly imaginary character of property in the age of digital production and networked distribution.