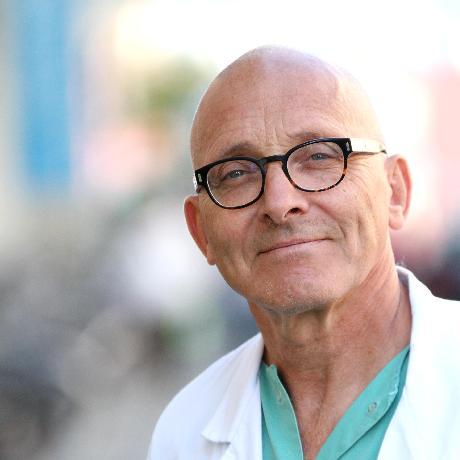 Department of Circulation and Medical Imaging Faculty of Medicine and Health Sciences
kaare.harald.bonaa@ntnu.no +47 73550279
Øya

My research started in 1986 when professor Knut Westlund introduced me to cardiovascular epidemiology. He emphaziced that biology should be at the core of epidemiologic investigations. Following my PhD dissertation at the University of Tromsø in 1992, I was elected Principal Investigator (PI) of the large, population based Tromsø Heart Study which has been ongoing since 1974 and includes more than 50 000 persons. A main strategy as PI was to bring the clinical and the laboratory disciplines into epidemiologic investigations to integrate search for causal effects with the study of intermediary mechanisms. During 1994-95 we used ultrasound to study heart functions, atherosclerosis, and the abdominal aorta in a study of more than 6500 persons. I was the founder andhead of the Cardiovascular Research Group in Tromsø. This group was rated “Excellent” by the Research Council of Norway, and in 1999 qualified for the prestigious Top Research grant from the Research Council. Data from the Tromsø study has been used in more than 100 PhDs. I also contributed to the development and clinical documentation of the drug Omacor TM, the first therapeutic drug for humans developed on Norway, and hold a world-wide patent for Omacor TM together with industry researchers. In 2002 I published a new hypothesis explaining the sex contrast in the risk of acute myocardial infarction. Throughout my career my ambition has always been to conduct high quality research in the international front. I initiated and was the PI for three randomized clinical trials that were all successfully completed and published in the New England Journal of Medicine. I have published epidemiologicarticles in Circulation, BMJ, and JAMA. In total I have authored or co-authored more than 100 scientific papers published in peer reviewed journals. Research areas: 1. Omega-3 fatty acids, and interrelations between blood lipid levels and hemodynamics. We were the first to study the effects of highly purified omega-3 fatty acids on CVD risk factors, and found a significant blood pressure lowering effect in young patients with diastolic hypertension (NEJM 1990). During the work with my PhD I contributed to the development and clinical documentation of the drug Omacor ™, the first therapeutic drug for humans developed in Norway, and hold world-wide patents for Omacor™. We found interrelations between blood lipid levels and blood pressure and resting heart rate and observed that dietary n-3 fatty acids improves left ventricular function, and suggested potential mechanisms for these relations. 2. Use of ultrasound to study subclinical atherosclerosis, heart structure, and aneurysms We were among the first to use ultrasound in a large population – based surveys. We found that men had more atherosclerotic plaques than women, and were the first to demonstrate that men have more soft and lipid-laden carotid artery plaques than women. We observed that plaque morphology was a significant predictor for ischemic stroke. 3. Gender differences in cardiovascular risk factor levels and risk of coronary heart disease. The sex differences in coronary heart disease is surely one of the most interesting of all epidemiologicquestions, and has been focus for much of my research. We recently published data in JAMA showing that there is a life-long gender gap in risk of incident myocardial infarction - with no evidence of any attenuation of the sex contrast around the age for menopause. It is noteworthy that the determinant(s) of this gender contrast still remains unknown. I hypothesize that gender differences in plaque morphology, possibly related to testosterone and sex differences in atherogenic lipid levels, may contribute to the gender gap in risk for acute myocardial infarction, and published the hypothesis in 2002. 4. Determinants for trends in the incidence and case fatality of myocardial infarction. We found a significant fall in incidence of myocardial infarction during the last 20 years, and showed that about 60 % of this reduction is associated with trends in modifiable risk factors, and published our findings in Circulation in 2016. Our data indicate that a large proportion of incidence variations across time and geographic areas are due to modifiable risk factors. This is good news for prevention. 5. Multicentre randomized controlled clinical trials In recent years I was PI for two large multicentre randomized controlled clinical trials in secondary prevention and interventional cardiology, and I have spent much time to secure the successful completion of these large projects. The NORVIT study (NEJM 2016 tested the homocysteine hypothesis by randomizing 3749 CHD patients to treatment with B-vitamins. There was no benefit, and we concluded that such treatment should not be recommended. The NORSTENT study (NEJM 2016) compared long-term clinical effects of drug-eluting vs bare metal stents in 9013 patients. There were no significant differences between the two types of stent in mortality, MI, or quality of life, during 6 years of follow-up. In-stent restenosis was lower after drug-eluting stent. In Circulation paper published i 2017 we have discussed potential clinical implications of NORSTENT. Less than a year after publication, NORSTENT is referred to in international guidelines.