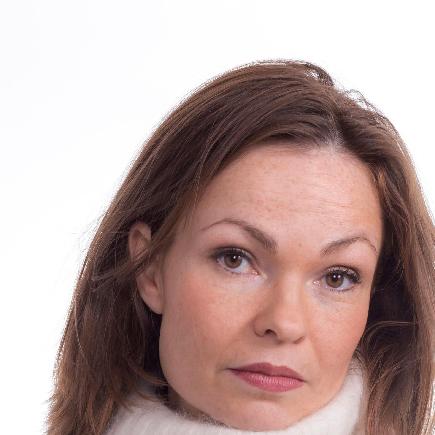 The St Clement's project: Cooperation with NIKU, Norwegian Institue of Cultural Heritage: The making of a sacred landscape at Nidarneset c. 970-1200

What appears to be the remains of St Clement’s church, the edifice most closely connected to St Olaf in the sagas, was recently excavation in Trondheim. By its association with royalty and Conversion, this was an important building which was rebuilt in wood several times. I contribute to the publication with two essays. The first concerns the depositional finds for the excavations, and is co-written with Marianne Hem Eriksen, whilst the other discusses the church as liturgical space, and i co-writtened with Åslaug Ommundsen and Alf Tore Hommedal.

"THE URNES PROJECT" (see publication of project, Urnes and its Global Romanesque Connections under editions).

In his "Apologia" of 1125, Saint Bernard of Clairvaux questions the purpose of the fantastic beasts, the monstrous creatures, the scenes of hunt, and all the twisted and hybrid figures so frequently represented in Romanesque sculpture. Bernard had never visited the northers edge of Christianity, but this particular universe of fantastic creatures also reached Urnes, in the Norwegian Sogne Fjord, as early as 1131-1132. The natural sciences have over the last decades developed dendrochronology as methodology, and this allows us to know exactly when the chieftain of Urnes had the wood cut for his new church. In this wave of renewal, where a brand new stave church replaced the old one for no apparent reason but changing fashions, the portal of the old church was kept and inserted in the north wall. This older portal has been dated to 1070, and this is what gave name to the latest of the Viking Age style groups; the Urnes style. Urnes church is now a UNESCO monument.

Research group IKM, NTNU: REFRAMING THE MARGIN: THE ROLE OF MARGINAL IMAGERY IN THE CONSTRUCTION OF THE SACRED

From the earliest days of Romanesque until the end of the Gothic we find a large body of motifs that are neither biblical nor narrative. The popularity of fighting beasts, grotesque masks, and expressive faces was long-lived. These images often appear in the margins, and may thus be seen as commenting upon and defining the centre. One may find apt explanation for singular motifs, but mostly, these images are not presenting us with a puzzle, if only the right set of texts are studied. Often, their decorative qualities are far more obvious than any religious (or other) content This form of imagery challenges traditional iconography.

The field of medieval art history has debated the meaning of such images since the mid-nineteenth century. The interest in this art of ‘indeterminability’ has increased since the early 1990s, as they have been debated within the framework of ‘the monstrous’ or ‘the marginal.’ Accordingly, they are often referred to as ‘marginal art.’ The rise of visual studies has offered yet another chance to examine this puzzling and gripping artistic vocabulary. A substantial amount of the preserved material from medieval Norway feature such motifs. I examin the role of ‘marginal imagery’ in the creation of sacred spaces in stone and stave churches. Stave churches take on a particualr role in my sub project, as they feature nothing but marginal imagery, in the dragon portals, the brackt masks, and in their overal aestethic language of visual entanglement.

Entering Jerusalem. Candlemas and Churching in the Lives of the Women of the North.

In this project, I study the role of Candlemas and Churching in the lives of the women of the north in medieval times. The revelation of St. Birgitta of Sweden, Book VII, Ch. 2, describes the feast of the Purification of the Blessed Virgin Mary, also called Candlemas, which commemorates three central religious events of entry comprised in one story: (1) The offering of a firstborn son to the Temple of Jerusalem, (2) Mary’s post-partum re-entry into the Temple of Jerusalem, and (3) and the reception of the child by Simeon; the old man who had received God’s promise that he would behold the Messiah. All these aspects of Luke 2: 22-38 are noted in St Birgitta’s vision, yet her revelation contains additional layers of meaning and information less obvious to the modern reader. St Birigtta goes on to describe a procession of virgins and ladies accompanying the blessed Virgin for her Entry in the Temple. For a woman like St Birgitta, belonging to the higher strata of society, and herself many times a mother, the description also reflects her own Churching, and the Churching of other women of her standing. There might not have been angels present, but all the best women her society would have been chosen to accompany her as she entered her own church, the local temple of Jerusalem and the earthly gate to the heavenly city. Candlemas might only have come around once a year, but Churching would have been amongst the most frequently celebrated of medieval rituals, following the birth of a child, whether this lived or died. And in all these celebrations the earthly and the heavenly Jerusalem were brought into play through the repetition and re-enactment of religious memories, an in the construction of personal ones. On the threshold of the local church, there simply was no forgetting Jerusalem.

What appears to be the remains of St Clement’s church, the edifice most closely connected to St Olaf in the sagas, are currently under excavation in Trondheim. By its association with royalty and sanctity, this location formed a nexus for expansive structural changes taking place throughout the North around the turn of the last millennium. Christianity brought with it fundamental changes to laws, beliefs, and concepts of time. Medieval religious perceptions of time, as communicated daily through liturgy, demanded a sacred landscape. Time needed place. St Olaf and the places sanctified by his body were at the heart of this religious and urban transformation. In this sub-project, I study religion’s role in shaping the urban landscape of Trondheim. This entails mapping the location of churches, exploring their functions in relation to one other and the ruling elite, and studying how these buildings were formed and reshaped according to St Olaf’s cult. Archaeological and liturgical material, as well as other contemporary and later textual accounts, are here examined .

(Forthcomin article: "The Portal in literaty sources from the north.")

The project examines visual and literal images of religious entry from the North from the period c.1100-1350. From a theological perspective, soul and space were important to salvation history. The understanding of sacred space changed from the early to the high middle ages, when sacred space was considered to be qualitatively different form the space outside. The project examined literal and visual images of entry, as they appear on church portals and baptismal fonts. A substantial part of the motifs here met with are of the type traditionally labelled” marginal art,” which is a genre of motifs explored within the framework of NTNU project Reframing the Margin.

The Trondheim Cathedral. Histories Behind History

This monograph is financed by the Norwegian Non-fiction Writers And Translators Association (NFF). The book project is directed towards a wide audience, and consists of ten essays on medieval objects and elements which may still be seen in the Cathedral today. The texts aim to show how for instance sculpture, inscriptions, or portals, tell stories about a culture and a mind-set very different from our own.

Liturgical and secular processional practices and the use of space

Images of Entry. Cases from the North.

"Objects from Nidaros. Looking at Medieval Art from the Trøndelag Region from the 1198 Mære Beam Head to the Hov Crucifix." Royal Saints Kings and Peoples. St. Olaf in Context. The 2nd Nexus Nidaros Conference. Trondheim 29.11.2018

"Public Penance and Physical Spaces as Hotspots for the Definition of the Self", workshop at NIKU, NFR project "The Creative Self. The Construction of the Self in Social Spaces," Oslo 20-22.06.2018

"Processions in the Medieval Townscape: The Laypeople as Ritual Agents and Audience." Scecond Fiddels in Medieval Ritual. NTNU, Trondheim, November 2017.

"Revisiting Stve Church Portal Iconography: The Case of Nesland III," The Completion of the Stave Church Programme - what have we learnt?, Riksantikvaren, Oslo 14.-15. juni 2016.

“Who is the King of Glory? The Religious and Political Context of the Urnes Portal and West Gable,” in Urnes and its Global Romnesque Connections. Studies in the Visual Cultures of the Middle Ages, eds. Kirk Ambrose, Margrete Syrstad Andås, and Griffin Murrray (Brepols, Turnhout, 2021), 304–331.

“The Decoration of Buildings in the North in the Late Viking Age: A Tale of Bilingualism, Code-Switching, and Diversity?” inUrnes and its Global Romnesque Connections. Studies in the Visual Cultures of the Middle Ages, eds. Kirk Ambrose, Margrete Syrstad Andås, and Griffin Murrray (Brepols, Turnhout, 2021), 196–228.

”Entering  the Temple of Jerusalem. Candlemas and churching in the Lives of the Women of the North. A Study of Textual and Visual Sources.” In Tracing the Jerusalem Code, Vol. I, ed. K. B. Aavitsland (De Gruyter, 2021), 340–374.

"The Octagon Doorway: A Question of Purity and Danger?" In Kristin Bliksrud Aavitsland and Margrethe Stang (Eds.): Ornament and Order. Essays on Viking and Northern Medieval Art for Signe Horn Fuglesang (Trondheim, Tapir 2008), 97-134.