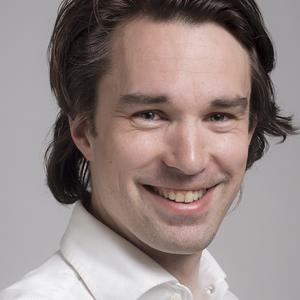 Professor
Department of Language and Literature
Faculty of Humanities

Martin Wåhlberg is Professor of Comparative Literature at the Norwegian University of Science and Technology (NTNU). He completed his Master’s in comparative literature at Sorbonne Université, his training in historical music performance at the Conservatoire Supérieur de Paris and his PhD at NTNU and the Sorbonne. He has been a junior member of the Besterman Centre for the Enlightenment, University of Oxford, a visiting scholar to St Edmund Hall, Oxford and a visiting scholar at the Università di Pisa. He became an Associate Professor at NTNU in 2016 and a full Professor in 2020.

His research focuses on literature, music and anthropology in eighteenth-century French literature and culture. He is co-leader of the research group Classical Ages at NTNU. He is the author of La Scène de musique dans le roman du XVIIIe siècle (Paris, 2015) as well as a monograph on Rousseau, Opplysningens sorte får (Oslo, 2011). He is co-editor of Amour, violence, sexualité (Paris, 2007). He was awarded the Prix jeune chercheur, an annual prize awarded to a young scholar in French studies worldwide by the Association International des Etudes françaises for his article ‘L’anthropologie des Lumières et le mythe de l’hospitalité lapone’, published with Oxford Studies in the Enlightenment. He also received the Young Researcher Prize awarded by the Royal Norwegian Society of Science and Letters for his PhD on music in French prose fiction in the eighteenth century.

He has initiated or been involved in a number of research projects and international networks. He co-founded the Favart network on opéra-comique studies and is currently the project leader of Revolutionary opéra-comique, a Research Council of Norway funded project on opéra-comique in Paris during the French Revolution as well as a Marie Skłodowska-Curie Actions individual fellowship project. He has carried out a number of performance-related initiatives on eighteenth-century music and opera, leading to discoveries on performance methods and to CD recordings, including Le Roman des Lumières, 2013, on the label K617, and Grétry’s opéra-comique Raoul Barbe Bleue, 2018, on the label Aparté. This last project received a number of prizes and awards in 2019 and 2020, such as CHOC Classica, Le Monde and a nomination for the International Classical Music Awards. It was selected by the BBC Music Magazine as one of the best opera recordings of the year.

As part of his Research Council of Norway funded project he is currently completing a database on opéra-comique performances in Paris in the period surrounding the French Revolution in collaboration with Sorbonne Université.