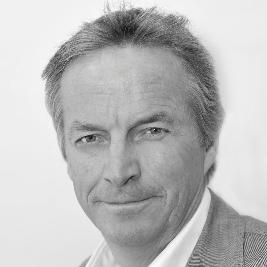 Tore Haugen is professor in architectural management and facilities management at Faculty of Architecture and Fine Art, NTNU .

Tore Haugen is professor in architectural management and facilities management at NTNU – The Norwegian University of Science and Technology, Department of Architectural Design and Management. Haugen was full time employed dean of Faculty of Architecture and Fine Art August 2005 – July 2013.

Haugen finished his doctor degree at NTNU in 1990, combined with studies at the University of California, Berkeley and at the Royal Institute of Technology, Stockholm.

His main professional interest lies within project management and facilities management, and he has been responsible for a number of large scale research and development projects. He has been an active member of several international organizations, chairing a number of conferences and has had many positions of honor in ISO, CIB, EuroFM and in many national organizations. He has published more than 80 international publications, acted as external examiner for a high number of international doctoral dissertations and evaluation committees. Haugen has been main or co-supervisor for 15 doctoral students, and initiated and established two new master programs at NTNU.
In 2016, professsor Tore Haugen received the best reviewer reward at the CIB World Building Congress WBC16, May 30 - June 3, 2016  in Tampere, Finland www.wbc16.com.
In May 2017 the CIB Programme Committee appointed Prof Dr Ing Tore Haugen as New Coordinator of the CIB Commission W070 -Facilities Management and Maintenance.
Member of the expert panel in the Research Assessment Exercise of Tampere University of Technology in June 2017 (TUT RAE 2017).