2.   Overview of the Project from Project Coordinator, Dr. Sailesh  Chitrakar

3.   Kick off of FranSed Project

Sediment erosion in hydropower equipment is a major challenge for all power plant owners that operate in sediment laden waters. Himalaya is one of the areas in the world where its rivers are transporting the highest sediment loads. Knowing that most of the minerals in the sediment are harder than steel, it is obvious that erosion will take place. Today, the hydropower technology is mainly developed for areas with no sediment in the water. This has proven to give large challenges for the maintenance of hydro turbines in Himalaya, but it also means that improvements can be made. FranSed’s objective is to develop new technology that increases the lifetime of turbines operating in Himalaya.

My wish for our common ambition is to establish a project team that work well together and communicate well in spite of cultural differences and long distances between each other. Now, as the project is in its early phase, it is important that all project participants recognize each other’s work - the future results will be dependent on it.

Overview of the Project from Project Coordinator, Sailesh Chitrakar, PhD

In the power plants of Indian sub-continent, excessive sediments carried by Himalayan rivers is one of the major challenges from the perspectives of operation and maintenance. Due to hard mineral contents such as quartz and feldspar present in sediment, the turbine parts undergo erosion, leading to financial losses due to loss of efficiency or drop in power output, cost of repair and maintenance of turbines and unplanned outages of the plant. In the case of power plants with Francis turbines, it has been studied in recent research works that the flow around guide vanes is one of the predominant causes of efficiency loss and erosion in runner blades.

In parallel to the research works under sediment erosion in turbines, few research works have started at NTNU in the field of variable speed operations of turbines. With this technology, instead of using generators with constant pole pairs, asynchronous generators may be used together with rectifiers and inverters. Whereas such generators have only been used in pumped-storage power plants presently to make efficient use of the available energy, it has been found through several research works that these turbines may improve the efficiency at off-designed conditions, provide additional power output during start-up and shut-off of turbines and also reduce fatigue problems by adjusting the relative flow angle at the runner inlet.

According to recent discussions, variable speed Francis turbines may also develop possibilities of removing or using fixed guide vanes so that the sediment erosion challenges caused due to guide vanes can be minimized. To make it possible, the turbines will have to be redesigned, such that the reaction ratio at the inlet of the runner is maintained. FranSed project is aimed to design and develop such turbines, so as to reduce the amount of erosion in Francis turbines. This project is a collaborative effort between NTNU, Kathmandu University and Indian Institute of Technology, IIT-Roorkee

Kick off of FranSed Project 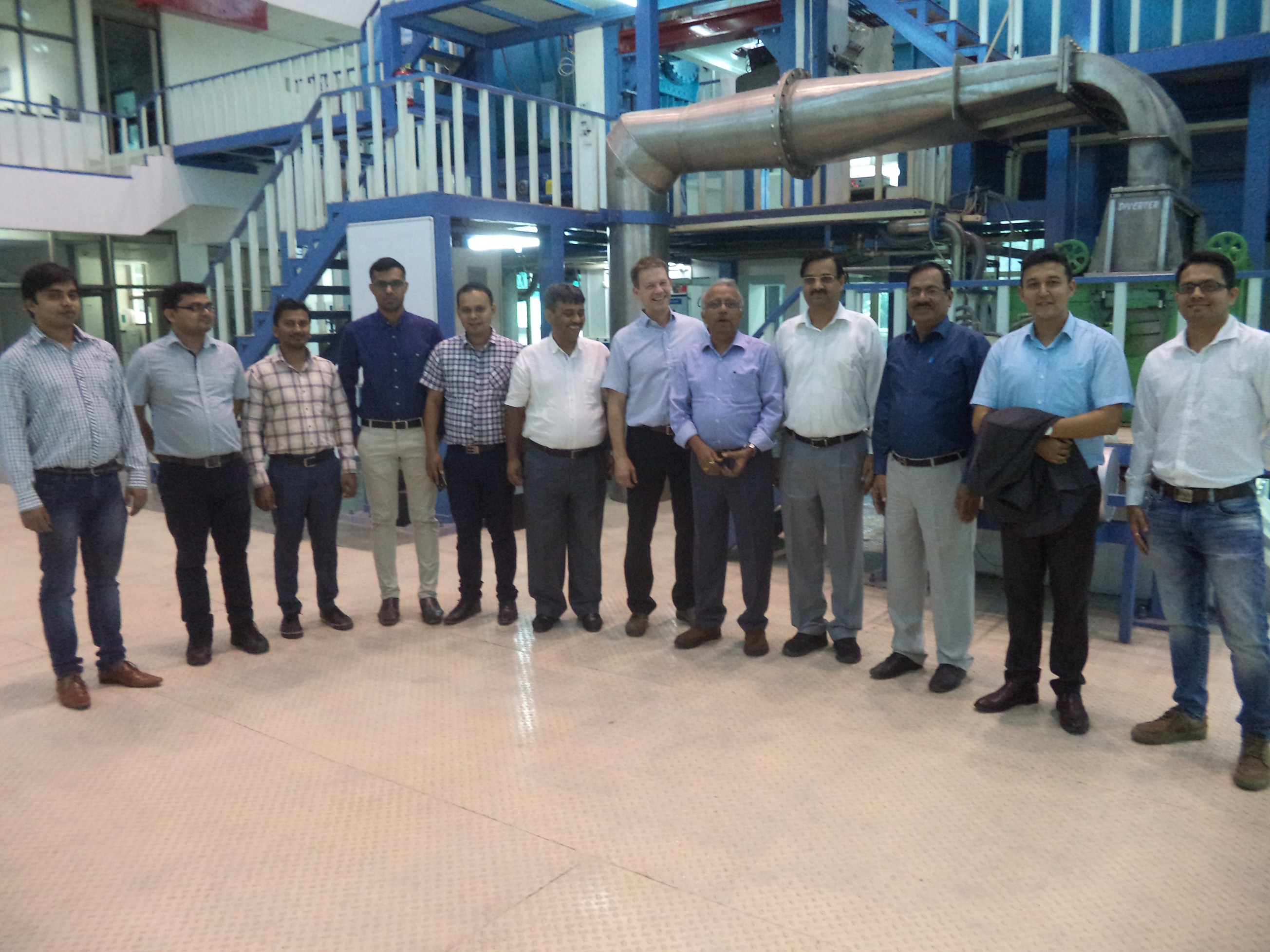 All project activities of FranSed project have been categorized into six work packages.

Bhilangana Hydropower Project has been finalized as one of the reference sites for FranSed Project. Bhilangana HPP is run-off the river hydro power plant located in Himalyan basin in India.

Design of reference turbine for Bhilangana HPP has started.

Moreover, some sediment samples have been collected by researchers at Kathmandu University and analysis of the same is in progress.

Rabina and Prajwol will be working in work packages WP 1 and WP 4 respectively.

Team FranSed welcomes them and is looking forward to work together.

This newsletter will be issued on quarterly basis with more information and updates.

Department of Energy and Process Engineering