Numerical models of structures is a very important tool for exploring structures behaviour in more detail than can be done, practically, with built structures. We make three-dimensional finite element models of railway catenary sections using the commercial software Abaqus. The models we have and can make can describe both parts of a section as well as complete sections, see Figure 1 and 2. Due to the number of existing railway catenary sections it has in the development of the procedures for making these models focused on how they can be made fast, but correct. The pantograph model can also move along complex geometry, see Figure 3 for a schematic model Some of the models have been used in published research about how to evaluate and assess dynamic behaviour of railway catenary sections [1,2]. The numerical model was validated by comparison with field measurements in [3]. This paper also studied the variation in contact force prediction depending on filtering and sampling, see Figure 4. Numerical studies of the pantograph-catenary interaction have also been presented in conferences and conferences papers [4–7]. 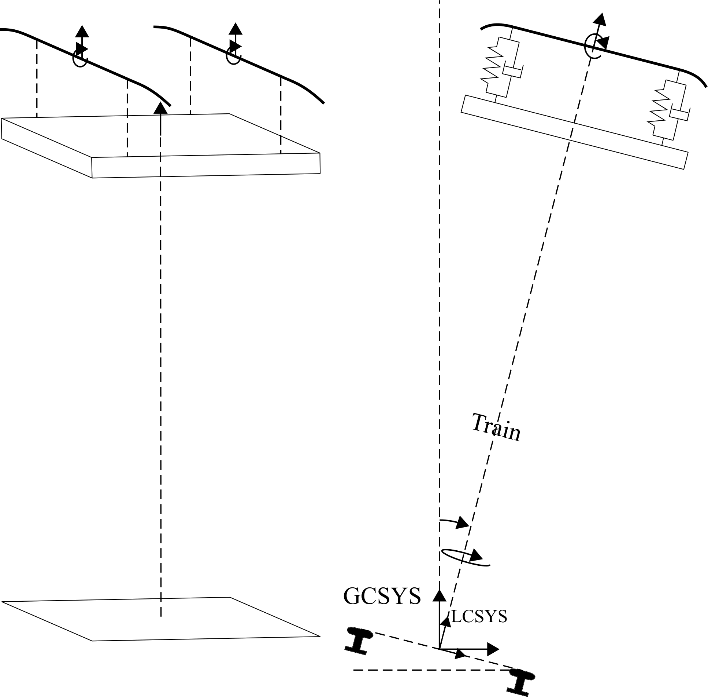