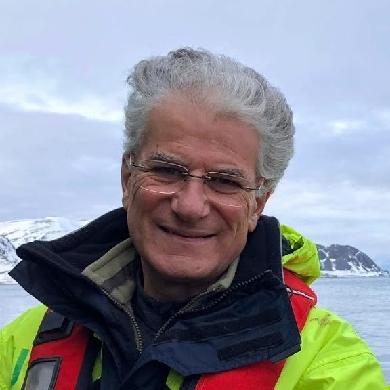 Andrea Tilche obtained his Doctor Degree in Agricultural Sciences at the University of Milano in 1978. His scientific career was mainly carried out in Italy where he set-up and directed the wastewater treatment laboratories of ENEA in Bologna. In 1998 he moved to the Joint Research Centre of the European Commission as Head of the Water Research Unit, and later to Brussels where he held various positions of responsibility in the Directorate-General for Research and Innovation. From 2010 to November 2018, when he retired from the European Commission, he was in charge of the EU climate change research programme and headed the EU delegation at the Intergovernmental Panel on Climate Change (IPCC). Since November 2018, he is senior advisor and adjunct professor at UiT, the Arctic University of Norway in Tromsø, and since April 2019 also adjunct professor at NTNU in Trondheim.