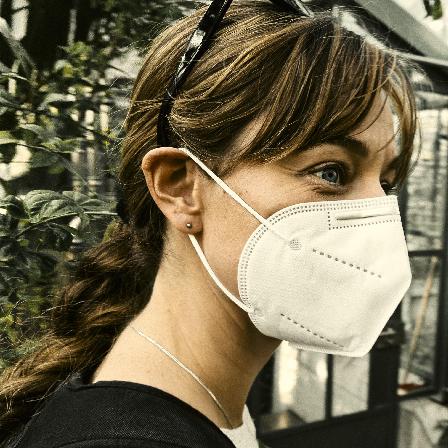 I hold an MA degree in the study of religions (religionsvitenskap), history, and German literature from the University of Hannover, Germany, and a Ph.D. degree in the study of religions from the University of Basel, Switzerland. In our department, I am responsible for the Introduction to Christianity lecture taught every fall term (RVI1050: Innføring i kristendommen) and the Religion and Politics class, taught in the spring term (RVI2195: Religion og politikk). I also taught the MA theory class (RVI3010: Vitenskapsteori og teoriarbeid) and a class on imaginations of a better world and religious and secular utopias (RVI2151). This term, I also co-teach a digital class on utopias, past and present (with Andrea Rota, University of Bern, Switzerland).

My research fields include the relation between religion and “the secular” in contemporary and historical perspective; utopia and migration in 19th-century European religious history; narrative approaches and theories of religious efficacy; and the conceptual history and historical semantics of religion.

In my book (Weltanschauung als Erzählkultur, 2016) on moral and character education in a secular state, I analyze the narrative construction of the socialist worldview in relation to religion in East German civics school textbooks. The book represents a narratological study of school textbooks and develops an approach for comparing secular and religious narrative cultures in personal and state-controlled contexts. The analysis illustrates how socialism was construed through a well-defined set of narrative strategies used to impart this worldview, making it plausible and adaptable to citizens’ daily concerns. The historical part of the study consists of a detailed analysis of socialist narratives, while its theoretical framework sketches the academic discourse on socialism and religion and discusses the politics of classification.

Narrative analysis and the study of religions as narrative cultures

Working with narratological analysis has led to the development of narrative cultures as a conceptual framework for historical and ethnographic studies of religion. In addition to classic text-based studies, this approach highlights acts of storytelling, the strategic use of narrative, and their impact on imagination to explain how the deployment of storytelling in religious contexts serves to augment reality. A resulting anthology Narrative Cultures and the Aesthetics of Religion (co-edited with Dirk Johannsen and Jens Kreinath) documents religious storytelling practices in historically and culturally diverse settings in light of approaches to materiality, performance, embodiment, and cognition.

Utopia in the long 19th-century European history of religion

My ongoing research deals with 19th-century political and social utopias as driving forces of the European history of religion. Related to recent questions of social and economic fairness, emigration, environmentalism, and the critique of capitalism, I investigate the role of religion in early 19th-century debates about social, economic, and political visions of a better world. Back then, ideas of radical change were a playground for agents criticizing religion and drafting a new society on earth as much as for religious leaders, envisioning a new Christianity to be the starting point of a new world. Both promoted their versions of a new society and distanced themselves from the respective other, but this was during a time when the modern religious/secular distinction was not yet established. A core question of my research is, thus, how the agents involved classified their utopias before they could make use of the binary interpretative model, and how this model eventually emerged out of their everyday experiences and classifications.