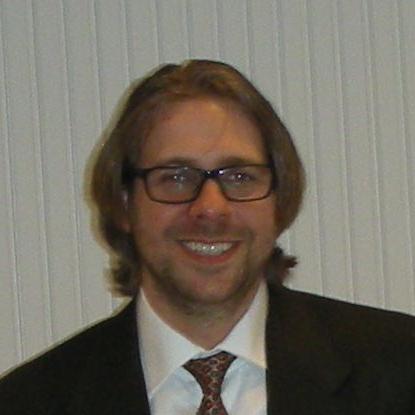 Brian Grimes joined Ugelstad laboratory in 2007 for the purpose of mathematical modeling and simulation of transport and adsorption processes. Subjects of intrest include molecular dynamic simulation of model and indigenous crude oil surfactant compounds at oil-water interfaces, sedimentaion and coalescence of emulsions, as well as mass transport and fluid flow in porous media. His current research involves constructing a multi-scale modeling framework for interfacial mass transport in liquid-liquid dispersions which incorporates molecular dynamics simulations along with continuum and population balance modeling.

Brian was born in Detroit, MI USA. He obtained his Ph.D. in 2002 from the University of Missouri-Rolla. Upon completion of his Ph.D., he obtained an Alexander von Humboldt Research Fellowship and began his post-doc in Mainz, Germany.