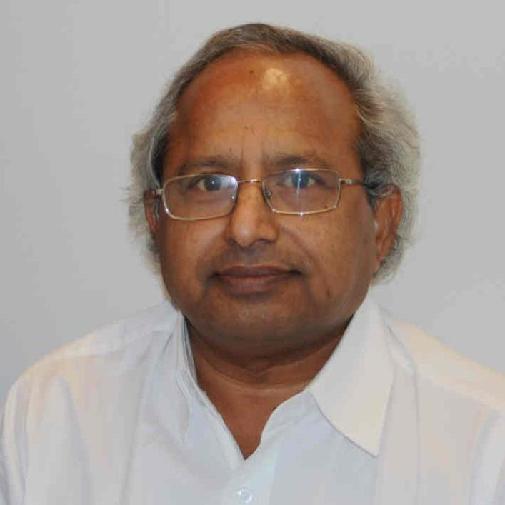 My major research activity is in the area of Applied Surface Science relevent to Mineral Processing Technology. My research work includes i) physico-chemical processing and recovering of valuable minerals from ores, lean ores and waste materials, ii) theoretical thermodynamic equilibrium calculation of chemical species involving solid, liquid and gaseous phases, iii) mineral-reagent interactions based on wet chemistry methods and advanced in-situ and ex-situ FTIR and XPS techniques, iv) mineral-microbe/biomolecule interactions concerned with minerals bioprocessing, v) molecular modelling of inorganic/organic interfaces with the aim of designing mineral specific reagents in flotaion; vi) dry processing methods for industrial minerals and coal preparation. Other works include flotation kinetics, fine particle processing, mineral fillers in polymer composites and use of blast furnace slag in ordinary portland cement. My studies of mineral-solution interactions have already made significant contributions to colloid and surface science and mineral processing. I would like to substantiate this point by highlighting my contribution in these studies as below.

My initial research in India was on fine coal beneficiation using the oil-agglomeration technique and established a model for growth characterisation of agglomerates (Int J Miner Process 9, 235-242, 1982; Trans. AIME/SME 272, 1966-1970, 1983). I also worked on the alumina problem in Indian iron ores by utilising the selective flocculation method using starch polymers and demonstrated at laboratory scale that alumina can be removed significantly in iron ore slimes (Int J Miner Process 14, 67-75, 1985; Min Eng 1312-1315, 1985).

Before joining NTNU on 1 September 2014, I worked at the Division of Mineral Processing of Luleå University of Technology (LTU) in Luleå, Sweden, from 1985 to 2014 and since 2003 as a Professor of Mineral Processing. My early works at LTU on fatty acid interaction on calcium minerals and separation among these minerals were noteworthy (Coll Surf 34, 227-239, 1988/89; Coll Surf 54, 161-187, 1991; Int J Miner Process 26, 123-140, 1989; J Colloid Interface Sci 145(2), 314-329, 1991; J Colloid Interface Sci 145(2), 330-348, 1991). I was an invited Lecturer to the NATO ASI on “Innovations in Flotation Technology” and contributed a chapter on “Interactions of anionic collectors in flotation of semi-soluble salt minerals” to the ASI series book (P. Mavros et al eds., Kluwer Acad Publ, 1992, pp. 331-356)”. Subsequently, a kinetic model was established to simulate and control phosphate gangue flotation from magnetite fines at the LKAB concentration plant (Int J Miner Process 54, 131-145, 1998; Trans Inst Min Metal C107, 95-102, 1998; Trans Inst Min Metal C107, 103-110,1998) and a detailed model was presented in a book on “Beneficiation of Phosphate (Chapter 10, SME, 1999, pp. 103-125)”. In later years, the mechanism of adsorption of long-chain alkyl amines on silicates has been investigated. The system has never been studied spectroscopically until recently, because its mechanism had been regarded as rather straightforward, based on flotation, contact angle and zeta-potential studies. However, an IR and X-ray photoelectron spectroscopy study conducted in my group has shown that there may be another interpretation of the indirect data, and applicability of the classical hemimicelle model for this system may be revised. To interpret the spectral dependences, the model of successive two-dimensional and three-dimensional precipitation has been put forward (Langmuir 16, 8071-8084, 2000; Langmuir 17, 775-785, 2001). It was demonstrated that this model also explains the synergy of co-adsorption of long-chain amines and alcohols (Langmuir 17, 2711-2719, 2001). These results were summarised in a book on “Interactions in Mineral Processing (JA Finch ed, MET SOC, 2001, pp. 343-373)”.  A new approach to the IR spectroscopic study of molecular orientation and packing in adsorbed monolayers has been proposed (J Phys Chem B105, 810-820, 2001). This approach offers a number of important advantages as compared to the previous approaches.

The synergetic advantages of mixed collectors in the flotation process and their use in the feldspar-quartz separation system was studied with the aim of replacing traditional the HF reagent system which causes environmental and health problems. The HF problem is highlighted at first in an invited chapter on “Feldspar flotation: theory and practice” in the book, “Selected Topics in Mineral Processing (Pradip ed, Wiley Eastern, 1995, pp. 86-117)”. The mechanism of selective separation of feldspars from quartz in a mixed collector system without HF medium is illustrated (J Colloid Interface Sci 248, 19-29, 2002; J Colloid Interface Sci 256, 59-79, 2002; J Colloid Interface Sci 306, 195-204, 2007; Coll Surf A214, 127-142, 2003) and a process flowsheet was developed for feldspar/quartz separation of Greek ores in an EU-project. The beneficial effect of mixed anionic and non-ionic collectors for phosphate flotation from magnetite fines is demonstrated recently in an LKAB industry supported project where the collector concentration is reduced to a minimum level thereby high strength wet pellets of iron ore fines could be produced in the follow up pelletization process. Based on my works, I was invited to contribute a chapter on “Chemistry of iron oxide flotation” for the book on “Froth Flotation: A Century of Innovation (MC Fuerstenau et al eds SME, 2007, pp. 267-286)”.

The tribo-electrostatic characteristics of industrial minerals focusing on dry wollastonite separation from other silicate minerals of a Banmossen ore deposit have been carried out (Miner Metal Process 16, 14-22, 1999; Particulate Sci Tech 19, 23-43, 2001). These electrostatic works (Miner Metal Process 17, 23-36, 2000; Miner Metal Process 17, 139-166, 2000) have been acknowledged with a distinguished Arthur F. Taggart award for the year 2000 by the SME, USA. This subject has been taken up again during recent years but on the beneficiation of Indian thermal coals. A novel laboratory fluidised-bed tribo-electrostatic separator has been constructed and the cylindrical fluidised-bed tribocharger with internal baffles proved to be efficient for generating differential charge on ash-forming minerals and coal particles and their separation in an electric field (Fuel 87, 3562-3571, 2008; Miner Eng 22, 1119-127, 2009). A method for characterising electron tranfer in tribo-electrification from contact angle data before and after tribo-charging has been developed for the first time (Open Miner Process J 1, 6-17, 2008; Int J Miner Process 91, 100-110, 2009) and this method can be applied for choosing the appropriate tribocharger material and also the choice of chemical in chemical pre-treatment for enlarging the work function difference between the two contacting surfaces. The Swedish mining research association appreciated this coal work with the best Licentiate thesis prize to my student in 2006.

The use of microorganisms for the surface modification of minerals influencing flotation and flocculation of minerals, either aiding or replacing traditional toxic reagents, constitute another research activity. Selective depression of pyrite at natural pH is accomplished in sulphide flotation with the use of bacterial cells, which otherwise occurs at a very high basic region involving pH modifier cost (BK Parekh et al eds., Advances in Flotation Technology, SME, pp.147-165). Adhesion of microbial cells on mineral surfaces has been studied and their adhesion behaviour is theoretically assessed by thermodynamic and extended DLVO theory calculations (Coll Surf B29, 21-38, 2003; Open Coll Sci J 2, 1-14, 2009). The different approaches for determining the surface energy of solid (cell surface) through contact angle data have been critically analysed and the usefulness of the LW-AB approach was illustrated (Adv Colloid Interface Sci 98, 341-463, 2002). My research in the minerals biobeneficiation area was noticed internationally and I have contributed an invited chapter on “Bioflotation and bioflocculation of relevance to minerals bioprocessing” to the book on “Microbialprocessing of Metal Sulphides (E Donati & W Sand, Eds., Springer, 2007, Chapter14, p267-286)”. I was also invited to present a key-note lecture at the 18th Int Biohydrometallurgy Symp (IBS2009, 13-17 Sept 2009, Bariloche, Argentina) and made a presentation on “Microorganisms in bioflotation and bioflocculation: Potential application and research needs (Adv Materials Research, Vols. 71-73, pp. 319-328, 2009).

I have initiated the use of atomistic simulation techniques in flotation research of modelling mineral surface reactions with the objective of designing the polar group of the collector specific to a mineral surface in collaboration with Prof. Parker’s computational solid state chemistry group at the University of Bath (UK). Our first work on modelling calcite and fluorite surfaces, and adsorption of water and carboxylic group molecules on these surfaces provided a satisfactory scientific explanation for the experimental findings of fluorite flotation at two orders less concentration of oleic acid than calcite flotation. The calculations showed that calcite surfaces are more strongly hydrated than fluorite surfaces (Langmuir 14, 5900-5906, 1998). It was the first time that computational techniques have been used to understand the selectivity problems in flotation process. Subsequently I have undertaken modelling studies at LTU and this work (Int J Miner Process 72, 111-127, 2003; Chem Phys Letters 377, 81-92, 2003; J. Phys Chem B109, 11286-11295, 2005; J Colloid Interface Sci 306, 195-204, 2006) has gained an insight into interactions at the atomic level and indicated that modelling techniques should be capable of predicting adsorption behaviour and designing collector molecules, which is of central importance to the mineral processing technique of flotation. These accomplishments were recognised with the Vattenfall AB’s best Licentiate thesis prize to my student in 2002. This modelling work was well received and acclaimed by the mineral processing research community when I presented a summary of these studies at the Century of Flotation Symposium (Proc Cent Flot Symp, AusIMM, Brisbane, 2005, pp. 557-572). An extension of these studies led to the design and synthesis of new surfactants (collectors) in flotation systems, underlying molecular recognition mechanisms at the inorganic/organic interface that occur in biomineralization (J Colloid Interface Sci 2015) and this work was judged for the Young Scientist Award to my student at the recently concluded XXVII IMPC, Santiago, Chile, October 20-24, 2014.

Recycling of sulphide flotation effluents through the ore processing plant is one of the ways of reducing both plant operating costs and industrial impact onto the local ecosystem. The influence of major (calcium and sulphate) and minor (sulfooxyanions) chemical species at concentrations typical for tailing ponds on the adsorption-oxidation-desorption reactions of the collectors with sulphides have been investigated (Miner Metall Process 29, 183-191, 2012; Miner Metall Process 29, 192-198, 2012; Miner Eng 39, 77-88, 2012) in one of my recent projects. These studies (Miner Process Extra Metall Rev 36, 45-64, 2015) generated knowledge to assist the recycling of process water and to selectively regulate surface properties of sulphides in flotation. Furthermore, I have reexamined these studies in order to solve an important technological problem of low selectivity in sulphide flotation with conventional reagents, perceived to be the catalytic production of H2O2 by the sulphides, which leads to the degradation of the reagents and/or oxidation of the minerals (Miner Metall Process 30, 212-219, 2013; Miner Eng 49, 128-134, 2013; Int J Miner Process 125, 78-85, 2013; Adv Powder Tech 25, 832-839, 2014). These studies elucidate a new theory of sulphides oxidation (Hydrometallurgy 141, 82-88, 2014) with the measurement of H2O2 concentration in sulphide mineral pulp during wet or dry grinding conditions, and how H2O2 is generated and affects the flotation. It is an innovative and important contribution in terms of scientific knowledge and has a great industrial significance for the betterment of selective metal sulphide flotation and controlling the acid mine drainage caused by the oxidation of metal sulphides in mines, mine dumps and tailings.

I have also worked at the European Commission, Directorate General-Research as Swedish National Expert (END) in “Clean Production Technologies” area during 1 Sept 2001 to Aug 2004, and commissioned as the Programme Officer. I followed nearly 40 EC projects and participated in projects review meetings in the capacity of EC project/scientific officer. Three years provided an overall knowledge on various technologies of recycling waste materials, by-product utilisation, waste remediation, development of environmentally friendly reagents, lubricants, and pesticides.

3. Recipient of the Distinguished Foreign Scientist Award in the year 2009 by the Council of Scientific & Industrial Research (CSIR), New Delhi, India – only a select few persons are offered this award.

4. Recipient of the distinguished Arthur F. Taggart award for the year 2000 presented by the SME/AIME (American Institute of Mining, Metallurgy & Exploration Inc.), USA.

6. Acted as external examiner for professorship promotion of the evaluation of applicant’s CV at the: i) Indian Institute of Science, Bangalore, India, and ii) Materials and Minerals Resources Engineering, Universiti Sains Malaysia, Malaysia.