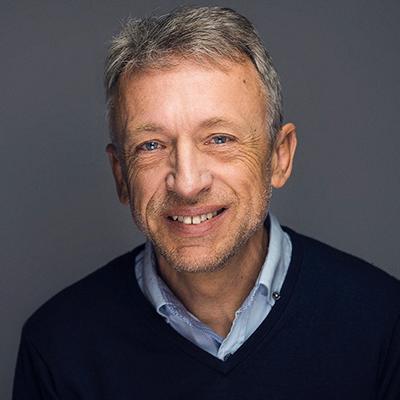 Harald Rise is educated at the State Academy of Music, Oslo: Bachelor in church music and organ soloist diploma (master). Besides, he has studied organ interpretation with Daniel Roth (Paris) and David Sanger (London). Rise made his debut as organ soloist in 1981, and has later toured as organ recitalist and accompanist in Europe, USA and Canada. He has performed regularly in NRK radio and TV, made 12 organ solo CD's and contributed in many others.

Rise is the leader of the organ and church music education at the Department of Music, NTNU. He teaches organ interpretation, liturgical organ playing, organ history/technology, and music history.

Besides his career as organ recitalist, Rise is also active as a musicologist. In this field he has mainly worked with symphonic and impressionistic organ music. In 2002 he was awarded the PhD degree with a thesis on organ works by Maurice Duruflé. Rise has also published articles and books on topics concerning organ culture and performance practice, and organ and technology. Since 2015 he is a member of The Royal Norwegian Society of Sciences and Letters.

EUCD 55, The French romantic organ at the Music conservatory of Trondheim. Alain, Bossi, Karg-Elert, Vierne. Recorded in the Organ hall of Dep. of Music NTNU.

SONCD 6008, Organ miniatures. Recorded in the Organ hall of Dep. of Music NTNU.