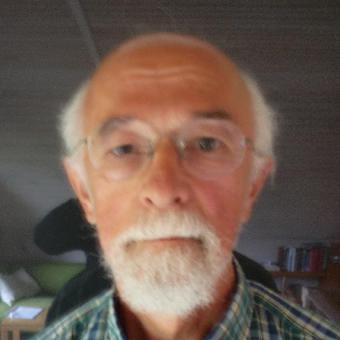 Brief overview: 1971: Magister Dissertation in sociology at the University of Copenhagen. 1994: Ph.D. in sociology at the University of Copenhagen: Explorations in Sociology of Childhood. 1973-1979: research fellow at University Centre of Southern Jutland (SUC), Denmark, within the field of comparative social structure in socialist countries. 1980-1982: scientific secretary at the Vienna Centre, Austria, with responsibility for two international comparative family projects. 1983-1987: resumption of research on social structure at SUC. 1987-1999: Research director at SUC, within the field of sociology of childhood and generation. 1990-1999: Co-director of Childhood Programme, European Centre for Social Welfare Policy and Research, Vienna; 1999-2002: Professor and Director, Norwegian Centre for Child Research (NOSEB), Norwegian University of Science and Technology (NTNU), Trondheim; 2002-2010: Professor of sociology, Department of Sociology and Political Science, NTNU, and adjunct professor at NOSEB. Advisory or editorial board member of ten journals and other honorary tasks. Grants, organising of conferences etc. not mentioned here.

2017: At the annual meeting of ASA (American Sociological Association) in August 2017 Professor emeritus Jens Qvortrup, Department of Sociology and Political Science, NTNU, received the Children and Youth Section’s Distinguished Career Service Award for 2017. In the words of the committee his ‘work has been critical in setting in motion a new sociological understanding of childhood, within ASA and beyond, as well as the use of sociology for the betterment of children’s lives’ and made him ‘exceptionally deserving of the Section’s Distinguished Career Service Award. In 2015 I was asked to give a portrait-interview for the book Key Thinkers in Childhood Studies.

Structural perspectives as continuous focus: My magister dissertation in 1971 was a theoretical treatise on ‘Karl Marx’ “an sich” class concept’. Interrupted by a position 1980-1982 as a scientific secretary at the international Vienna Centre, Austria, my research in Esbjerg, Denmark, during the 1970s until 1987 was about social structure and life condition in socialist countries. Inspired by lessons learned during my Vienna stay I changed in 1987 to sociology of childhood and generation – a new branch, which I contributed to pioneering. It was however not only a change; it was also continuity in practicing structural research: childhood is in my optic seen as a structural segment in a generational order. 1987-1992 I directed the large international study ‘Childhood as a social phenomenon’. The development of social studies of childhood was accompanied by organisational efforts: I was the founding president of ISA’s childhood group from 1988-1998 until it achieved its position as Research Committee 53. 1998-2007 I was a co-editor of the international journal ‘Childhood’. From 1999 to 2002 I held a chair and was a director of Norwegian Centre for Child Research, and from 2002 to 2010 I was professor of sociology (with social structure, welfare, generation and childhood as specialisms). Since 2010 I am an emeritus professor.