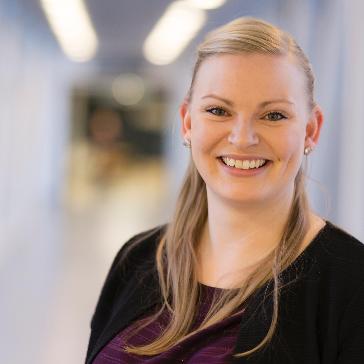 I completed my bachelor degree in physiotherapy at Høgskolen i Sør-Trøndelag in 2008. After this, I had my inturnship at theTromsø muncipality and  Universitetssykehuset i Nord-Norge. I have been working as a physical therapist both in company health service, in my own private practise and at St.Olavs Hospital. In 2009, I begain my masterdegree within Human Movement Sciense at NTNU, where the focus of my degree was on weight-bearing characteristics during standing in adults with Cerebral Palsy. After comleting my masters I worked with research and teaching at Human Movement Sciece before starting my doctoral studies in 2013. The focus of my doctoral was on fall preventive exercise in elderly using exergames and welfare technology, with cooperation with the EU-project FARSEEING. I finished my doctoral studies in Agust 2016. Post-doctoral fellow in the research group Geriatric, Movement and Stroke (GeMS) in the project EXACT (Exergaming for active healthy ageing and rehabilitation) founded by NTNU Health with focus on developing health care technology based on the concept of exergames. The reserach related to older adults, physical activity and use of technology is continued in my resent position as an associate professor in Physiotherapy.