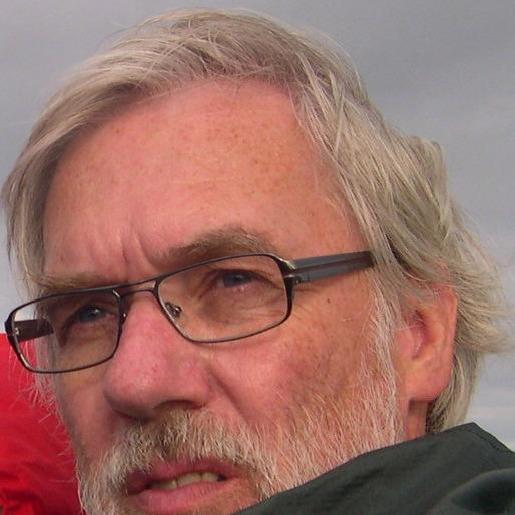 Sigurd Bergmann's previous studies have investigated the relationship between the image of God and the view of nature in late antiquity, the methodology of contextual theology, visual arts in the indigenous Arctic and Australia, as well as visual arts, architecture and religion, and religion in climate change.

Born in Hannover, trained in Göttingen, Germany, and Uppsala and Lund, Sweden, Bergmann works as professor in Religious Studies (Theology, Ethics and Philosophy of Religion with Theory of Science) at the Department of Philosophy and Religious Studies at the Norwegian University of Science and Technology in Trondheim since 1999 (where he has supervised nine PhD theses and four post-doctoral projects since 1999). Before this, he has hold a fellowship of the Swedish Research Council at the Department of Art History at Tromsø University, and taught systematic theology in Sweden at Göteborg University and Lund University where he also has taught at the Department of Human Ecology. In December-February 2011/12 he worked as a visiting research fellow at the ‘Rachel Carson Center for Environment and Society' founded by the Ludwig-Maximilian Universät München and Deutsches Museum. In autumn 2018 he worked as visiting fellow at the Ludwig-Maximilian University München’s Center for Advanced Studies.

Bergmann has conducted field and site studies in the Sámi Arctic, Peruvian Andeans, Aboriginal Australia, Mayan Yucatan, Korea, Kyrgyzstan and Tanzania, and he has published more than 250 titles after 1985, including a number of Nordic anthologies on the themes of diaconia, power, autonomy, ordinary life culture and pluralism. He is a member of the Royal Norwegian Society of Letters and Sciences (and leader of its section for philosophy, history of ideas & religion since 2009), as well as of several editorial boards (such as Norsk Teologisk Tidskrift (Journal of Norwegian Theology), Oslo; Junge Kirche, Uelzen; Blackwell Compass Religion/Christianity, Oxford; Ecotheology: The Journal of Religion, Nature and the Environment, London; Orizonturi Teologice, University of Oradea, Romania; Philosophy Activism Nature (PAN), Melbourne, Australia; Worldviews: Global Religions, Culture and Ecology,Los Angeles.

He has co-managed the interdisciplinary research group on Technical spaces of mobility (2003-07) and initiated and chaired the executive committee for the European Forum on the Study of Religion and Environment since 2005, when he convened the European Science Foundation's (ESF) workshop on Religion and the Environment in Europe. In the 1990s, he worked as a secretary for the Nordic Forum of Contextual Theology, and initiated and founded the Institute of Contextual Theology in Lund, and between 2002 and 2005 he participated in the Norwegian national research programme on Religion in the Age of Globalization.

He edits the Series Studies in Religion and the Environment/Studien zur Religion und Umwelt (SiRE) at LIT Verlag, Berlin-Münster-Wien-Zürich-London. Bergmann has been invited contributor and keynote speaker at a large number of national, Nordic and international conferences and events (on all continents) in the fields of religion, theology, environment, arts, architecture and culture, and has served as a referee for a wide range of evaluations for the international foundations, national research councils in Europe, universities, scientific journals and international publishers in Europe, Canada, the USA and Australia. Furthermore he serves as member of the Board of Advisors for the ‘International Society for the Study of Religion, Nature and Culture', University of Florida (2005- ), as member of the steering committee for the international network ‘Christian Faith and the Earth', headed by E. Conradie, University of Western Cape, S Africa, and as cooperating partner in the ‘Nordic Network for Interdisciplinary Environmental Studies' (NIES) and member of the advisory board for its series Studies in Environmental Humanities at Rodopi Publ., Amsterdam.

Ongoing projects focus on the amalgamation of ‘space and religion', which he explores in a broad range of sites and fields such as Asian geomancy, Mayan sacred geography, urban spirituality, theology in built environments, and the ‘aesth/ethics of space', and on the interactions of religion and dangerous environmental-and-climatic change.