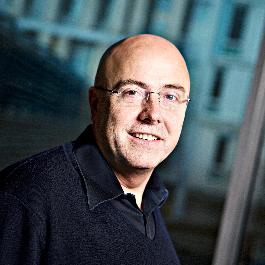 Stig A. Slørdahl is CEO at The Central Norway Regional Health Authority and on leave from his position as professor at Faculty of Medicine and Health Sciences at the Norwegian University of Science and Technology.

Stig Arild Slørdahl (born 6 March 1959 in Kristiansund) was in the period October 2005 - June 2015 Dean at the Faculty of Medicine, Norwegian University of Science and Technology (NTNU) in Trondheim.

Slørdahl graduated from medical school in 1985 and obtained a doctoral degree (dr.med.) in medicine in 1992. He became an associate professor at NTNU in 1995 and a professor of medicine in 2002. He was head of department at Department of Circulation and Medical Imaging 2002-2005.

Slørdahl’s research background is in cardiac ultrasound, stroke units and physical training of cardiac patients. He is a Fellow of the European Society of Cardiology (from 2002) and a member of The Royal Norwegian Society of Sciences and Letters (from 2009).

Slørdahl was chair of The Joint Committee of the Nordic Medical Research Councils (NOS-M) 2010-2012 (member 2005-2017) and member of European Medical Research Councils Core Group 2009-2012. He was chair of the Scientific Review Group for the Biomedical Sciences in European Science Foundation (2013-2015). He was a member of the board of Division for Science (2007-2015) at The Research Council of Norway. He was also member of the board of SINTEF (the largest independent research organization in Scandinavia) 2009-2015 andThe Cancer Registry of Norway 2010-2015.

As professor he was responsible for the first revision of our complete medical school curriculum and established also the most popular course at the university “Introduction to Medicine for non-medical students”.

In 2001-2003 Slørdahl and five colleagues established and operated a clinic for research based training for patients and healthy persons. He had a weekly blog on forskning.no (2009-2015).