About us - Gunnerus Research Vessel 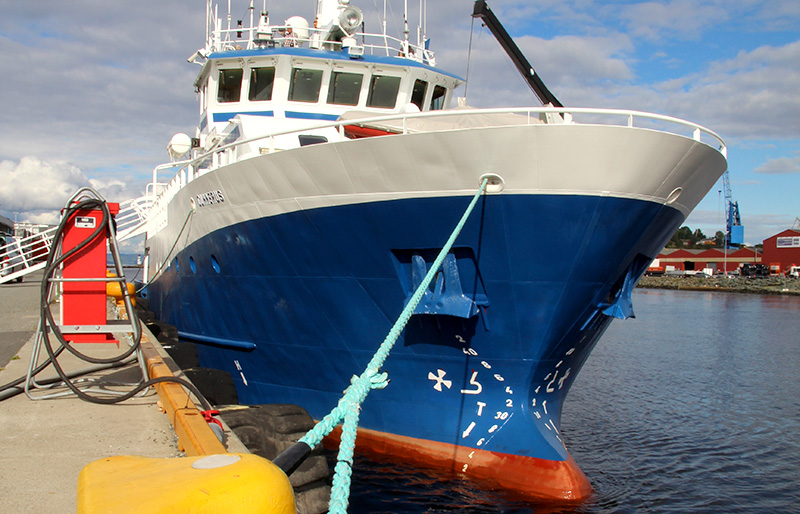 NTNU's research vessel, R/V Gunnerus, was put into operation in spring 2006 and has Trondheim as her home-base.

Gunnerus is equipped with the latest technology for a variety of research activities within biology, technology, geology, archeology, oceanography and fisheries research.

In addition to research, Gunnerus is used for educational purposes and is an important platform for marine courses at all levels and disciplines.

The diesel electric system of Gunnerus has been specially designed for low hydroacoustic noise levels to accommodate testing and development of hydroacoustic equipment.

The vessel is arranged with a wet lab, a dry lab and a conference room in addition to a large aft deck. There are four cabins for scientific personnel with four bunks in each, and four single berth crew cabins. The large mess hall may function as a lecture room for 20 people.

The ship is named after Johan Ernst Gunnerus (1718-1773), an active scientist who specialized in both botany and zoology. He was also the Bishop in Trondheim and one of the founders of Det Kongelige Norske Videnskapers Selskap. Gunnerus is the second ship with the same name in service for research in the Trondheimsfjord. The first Gunnerus was built in 1919 an put into service 1920, designed at one of NTNU's predecessors, NTH, for biological research at Trondhjem Biological Station.

Guests from many countries used this versatile ship until it was seized by the Germans during WWII. After the war the vessel was returned, but so much had been changed that it no longer could be used as a research vessel. Gunnerus was sold in 1952 and eventually sank in Lysøysundet in the 1970s.