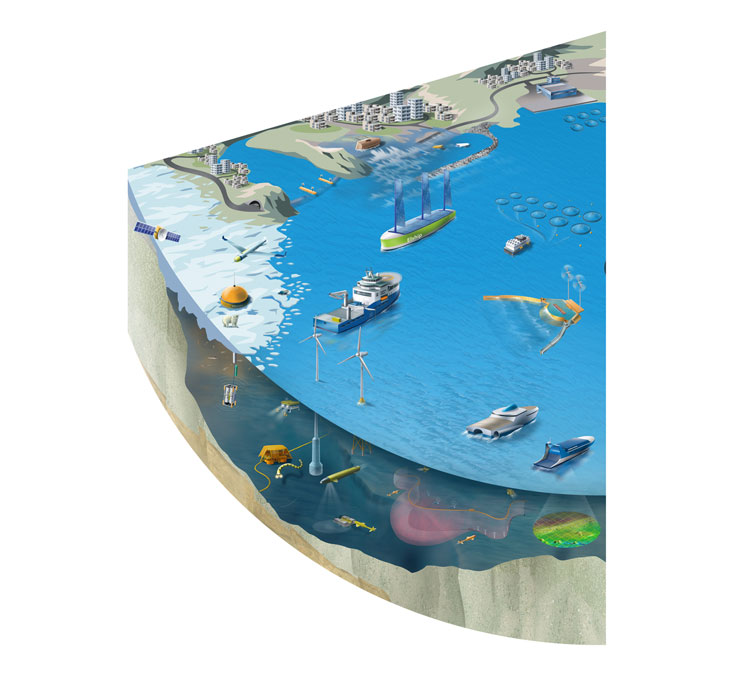 The oceans are one of four strategic areas of focus at NTNU with broad support, where IV contributes in a respected role. The research strategy will help Norway to maintain its position as world leader in the oceans and the Arctic area.

The Government’s ocean strategy (02/2017) summarizes the importance of this social goal:

Norway is today one of the world’s leading ocean economies. Our coastline is one of the longest in the world, and we control expanses of ocean more than six times larger than the area of our land. Every day hundreds of thousands of Norwegians go to work in the ocean industries, which together represent about 70 per cent of our export income.

The oceans with the three major blue industries maritime transport, offshore oil and gas activities, fisheries and aquaculture contribute to a significant share of value creation in Norway and will continue to do so in the future. In addition, new blue industries are rapidly developing and growing: offshore renewable energy, marine management and research including marine prospecting, marine minerals, and tourism. As part of climate adaptation with expected rising sea levels, more extreme weather (precipitation, wind) and innovative solutions for fjord crossings, coastal infrastructure will become increasingly important.