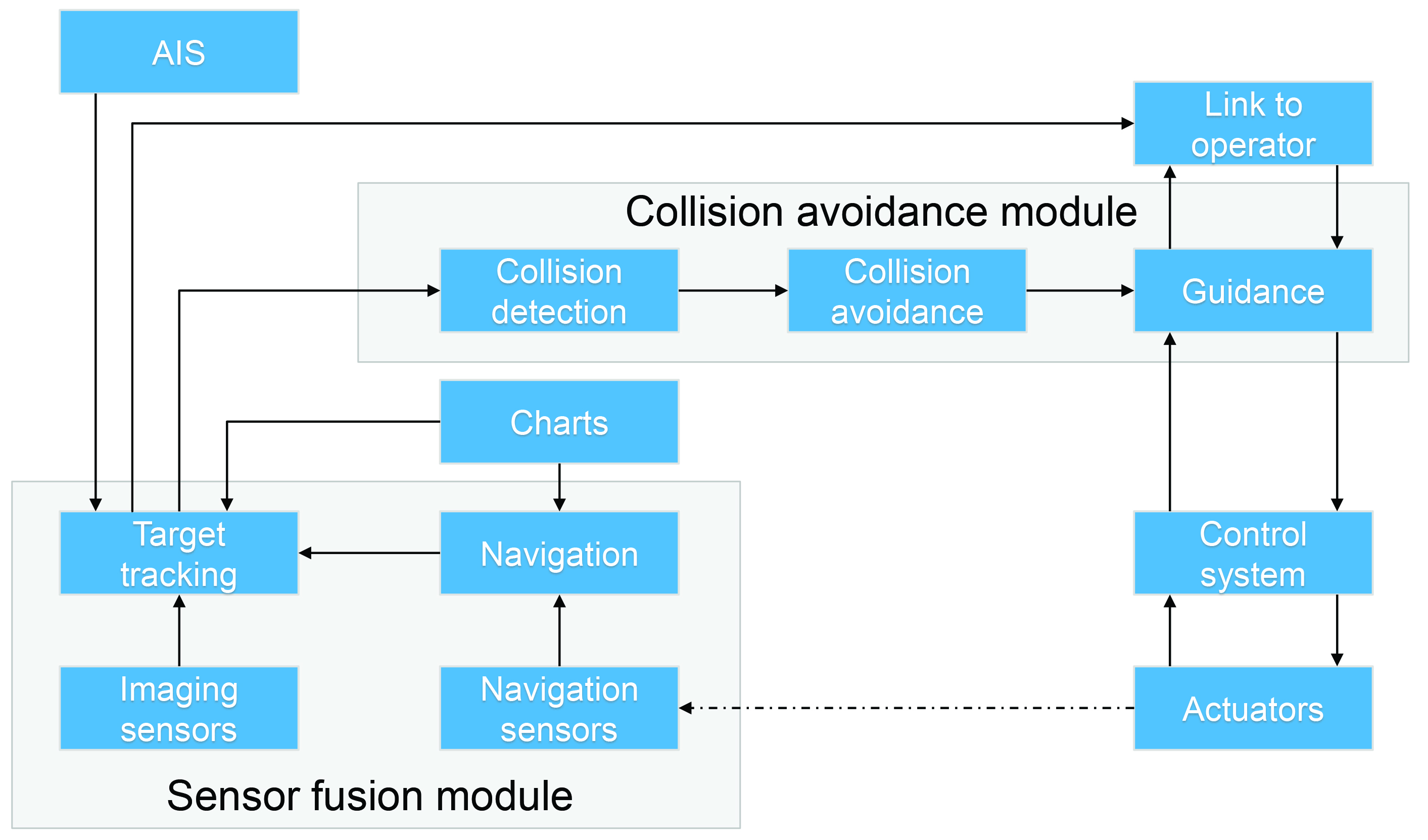 The Autosea project builds on the premise that collision avoidance methods for autonomous ships should use a combination of state-of-the-art methods for target tracking and guidance/control. This is in contrast to e.g. end-to-end-learning, where the entire pipeline from sensors to actuators are being learned by a neural network without modularization.

Sensor fusion has in the Autosea project been addressed by PDA-style tracking methods, which calculate probabilities that different measurements come from the target ships (i.e., ships that we want to avoid colliding with). Collision avoidance has been solved by different variations of model-predictive control (MPC), which encode risk evaluations in sophisticated cost functions. In combination, this approach gives the overall collision avoidance system a high degree of transparency.

After developing the software framework in 2015 and 2016, the Autosea project has succesfully completed several full-scale experiments with collision avoidance during 2017 and 2018. These experiments have taken place in Trondheimsfjorden in Norway and outside Den Helder in the Netherlands. 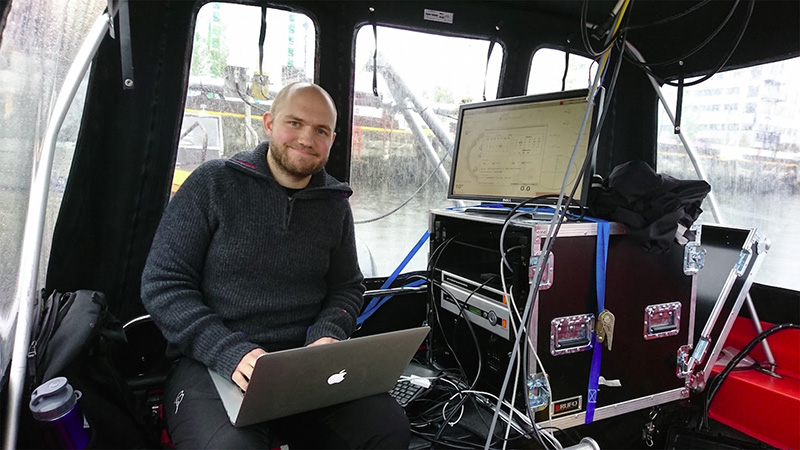 Much of the research in the Autoeea project is about managing different kinds of uncertainty. With regard to sensor fusion, such uncertainties pertain to estimation accuracy and data association. With regard to guidance and control, we have uncertainties both related to our own future motion and to the future motion of other ships. The tracking methods in the Autosea project provide uncertainty evaluations that can be used by the MPC-based collision avoidance methods.