The biological component of the Cyborg is grown by the Regenerative Neuroscience group at St.Olav.

Our neurons are sourced from a variety of methods, but primarily through differentiation of induced pluripotent stem cells to distinct neural subtypes. Once created, these neurons are seeded on Microelectrode arrays (MEAs) and maintained under physiological conditions for a few weeks to over a year.

By using the MEA as a culture platform we have full access to the electrophysiological activity of the neurons and assess how the networks form and mature normally, or in response to perturbation and stimuli.

Neural networks have an extraordinary ability to learn and adapt to stimuli. By utilizing this intrinsic plasticity, cultured networks can be trained to work in tandem with artificial networks or imitate activity found in vivo. Training occurs through neuropharmacologically and electrically enhancing or depressing spiking activity in the network to select for specific response patterns or connections.

A typical example of network dynamics can be seen in the electrophysiological development, where neurons typically progress from simple tonic spiking, to unstructured bursts, and finally complex or pacemaker burst patterns within the span of 3-6 weeks (see figures below).

The networks currently grown consist of 100 000 to 1 million cells, with either pure populations of neurons, or cu-cultures of neurons and glial cells depending on circuit or disease model.

Medically, these network models provide a highly accessible platform for disease modelling and therapeutic testing. By imitating circuits involved with diverse disorders such as Parkinson’s disease, Amyloid lateral sclerosis (ALS) and spinal cord injury, we can test therapeutic methods while recording the structural and functional response of the network.

For example, by creating a Parkinsonian model of the Nigrastriatal pathway, we can track the degeneration of the network day by day, and additionally attempt to reduce or repair the damage to the affected dopaminergic neurons.

While the majority of our cultures are grown in 2D, a subset are more complex. To better replicate the circuits found in vivo, our cultures are also grown on 3D substrates, such as Matrigel, or structured through microfluidic chips to create interconnected sub-networks. These platforms enable us to separately grow and connect segments of neural circuitry and recapture some of the 3D morphology normally lost in vitro. 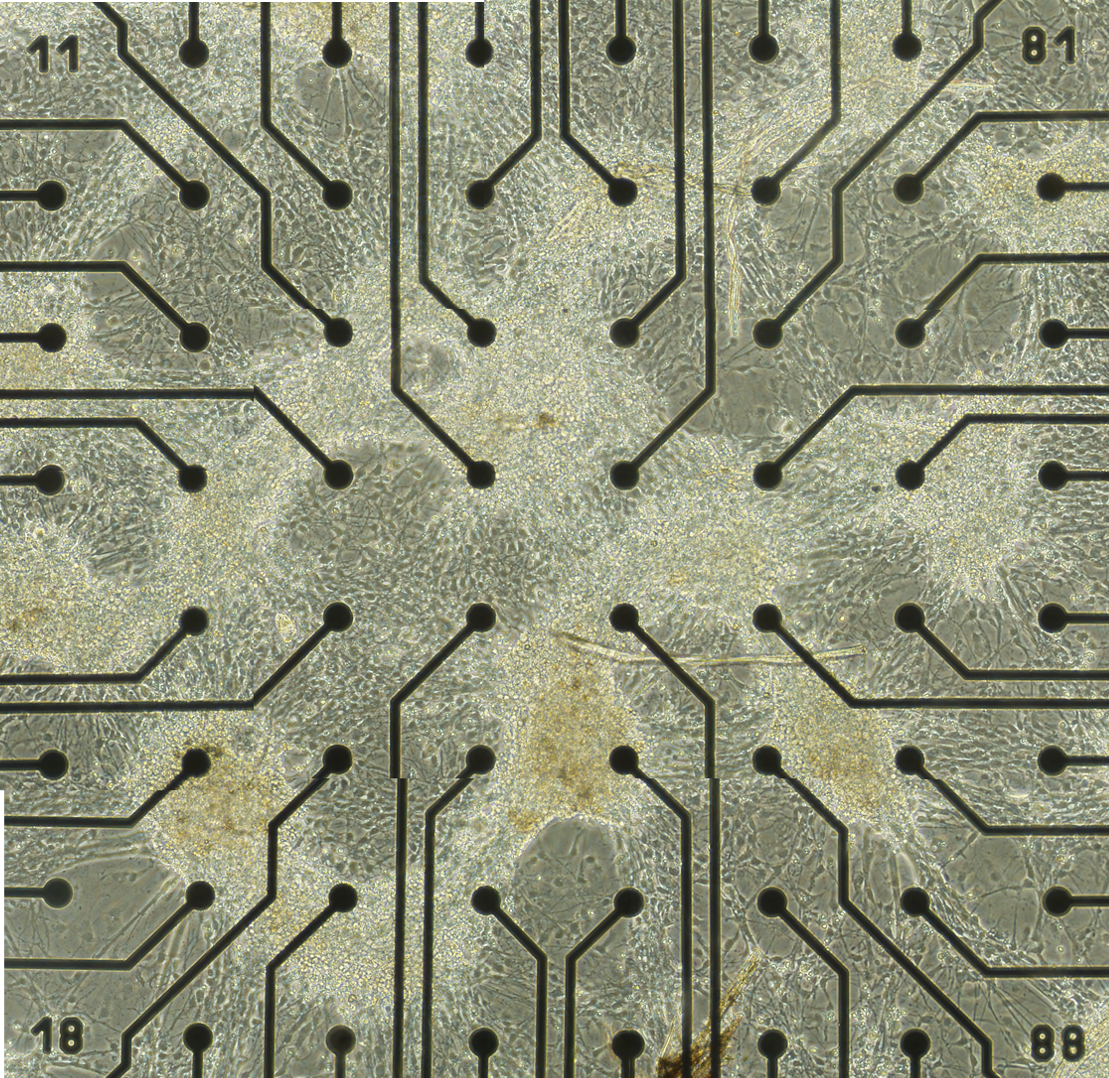 With the interface between biology and robotics, and a close-loop circuit between the biological network and artificial body, we can embody our cultures and recapturing elements of behaviour in the artificial body.