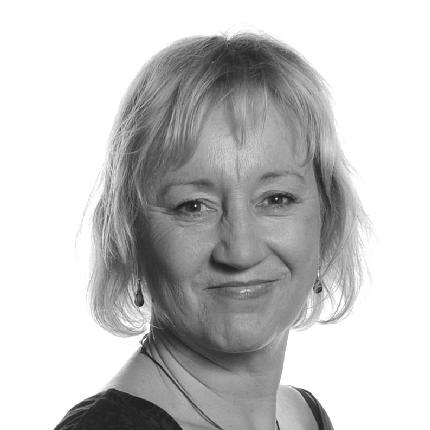 Anne Marit Myrstad is a Professor of Film Studies. She has work experience as a teacher, cultural worker and as a Film archivist at the National Library of Norway. At NTNU she has worked as Head of, and Research fellow a,t the former Centre for Women's Research, and as Associate Professor in Media Studies, then Film Studies at the Department of Art and Media Studies. Myrstas served as Head of Department from 2009 till 2017.

Myrstad's main research interest is Norwegian film production within a history of culture and cultural studies perspective. Gender constructions, ideas of nation and national identities are recurring thematics. Myrstad has studied, for instance, fiction films from the silent area, the commercial film genre housewife film, modernist and other films with a female lead. A resent study on the state financed film company Norsk Film A/S, differs in taking a production studies approach.

This ‘umbrella’ project contains analyses of female protagonists in Norwegian film history from silent fictions to feature film productions after 2000. The analyses concern narrative agency and visual style and discusses the performances in relation to female stereotypes in western cinema and discourses of ethnicity, whiteness and/or class in a Norwegian and Nordic context. For the time being the project is concentrated on Norwegian silent heroines in a context of Eugenics, Whiteness and Nordic femininity.

3. Feminist film history in Scandinavia: new approaches, methodologies, and connections. This project aim to investigate and strengten feminist film history as a field within Scandinavian film studies and archiving. In 2022 and 2023 the work will be conducted through a series of workshops mapping the field and discussing future develpoments. The project is initiated by the Universities of Copenhagen and Stockholm, the Swedish Film Institute and Norway's National Library.

I have taught photography and visual culture, gender and media, but first and foremost film studies at every academic level, and with a focus on fiction film history, film theory and prominent research traditions of this disipline.